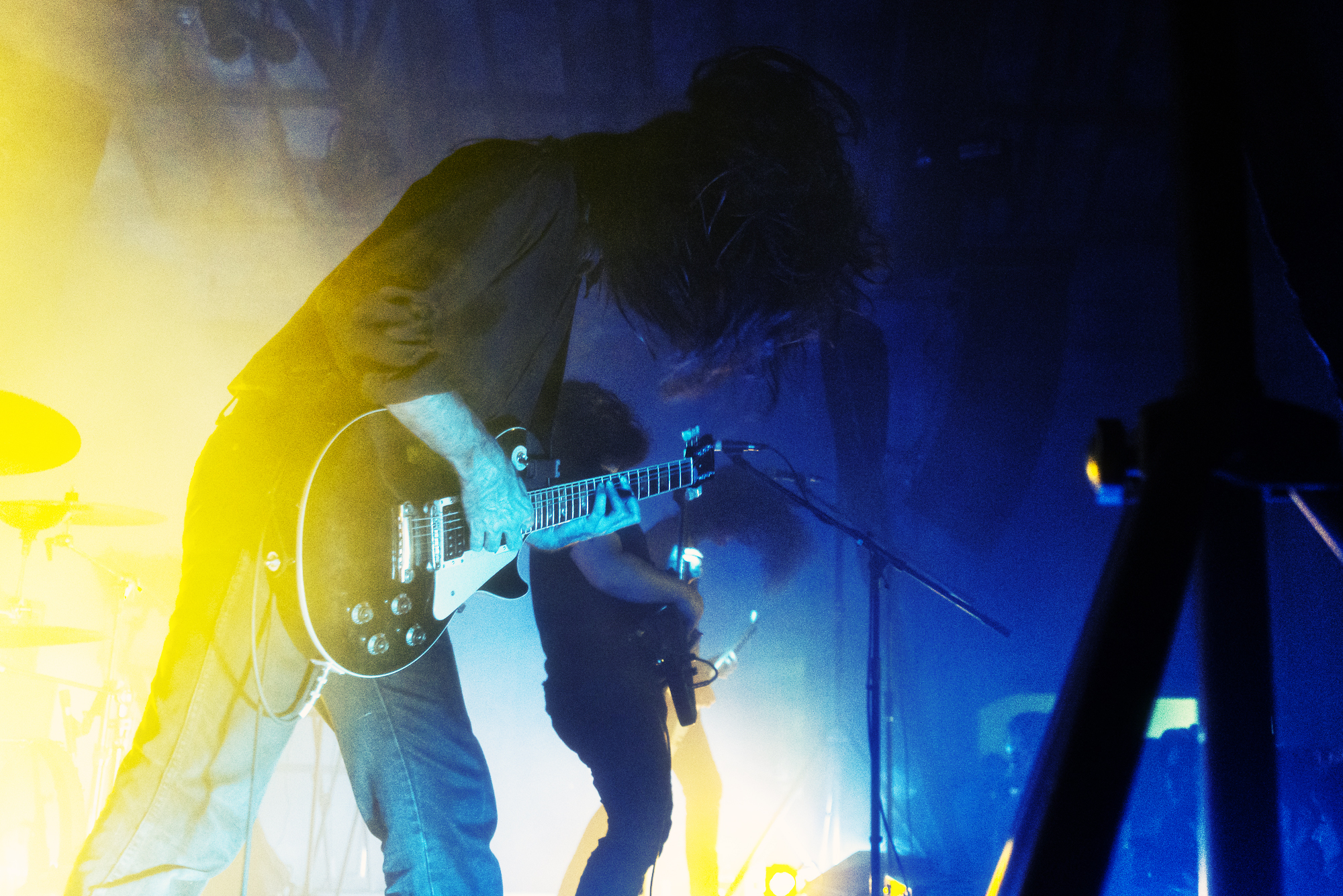 Hudson, New York is a whimsical town just a couple hours train ride north from Manhattan’s Penn Station. The namesake of the famed explorer and his verdant river valley, Hudson boasts gorgeous landscapes, two quaint thoroughfares with more antique stores than stop signs, and a sleepy nature that belies its proximity to New York City and makes it feel like a long lost home to all who travel there.

One of Hudson’s most striking structures is its Basilica, an 1880s industrial factory reclaimed as a multidisciplinary arts space. Within its timeworn walls is a massive atrium, coated in many shades of brick and outfitted with cement floor and a single stage. Ropes, pipes, pulleys, and other miscellaneous riggings line the walls, all functional tools that serve both its numerous annual arts events and its industrial aesthetic.

The solar-powered building hosts a number of events throughout the year, but none match the intrigue of Basilica Soundscape. Curated by music magnate Brandon Stosuy (Pitchfork, Kickstarter) and Brian DeRan (LEG UP! Management), Soundscape is an experimental arts festival that’s taken place every September these past five years. Each year, the duo collaborates with the Basilica Hudson team to turn the refurbished facility into an eclectic and immersive arts experience that spans the Basilica property.

The adjacent north hall, for instance, hosts intimate sound exhibitions and opens into an outdoor patio space, complete with on-sale vintage clothing, good (and affordable) beer, wine, and sake, and food from Basilica-affiliated eatery, Alimentary Kitchen. This past year, the Kite’s Nest, the name given to the Basilica annex, was filled with found objects rendered as instruments. Ping-Pong paddles. PVC pipe. Mic’d metal sheeting and other flotsam. A “writers in the rafters” segment featured wordsmiths reading their work from an outlet in the building’s upper levels. And the train tracks sat just feet away, the resounding whistle of the bihourly Amtraks serving as something of a timepiece for the festival’s music lineup.

This year’s Soundscape roster featured music with a darker tilt, reflective of the genres with which Stosuy has long been associated. Heaving metal. Abyssal drone music. Brooding folk. Ambient sound affairs. As such, the lineup mitigates any concerns of overcrowding; the more abrasive music will undoubtedly turn off casual listeners. But there’s a certain magic about the space cultivated at Basilica Hudson. It’s a festival run without capitalistic motives, a welcome change in the bloated festival landscape and one of the reasons it’s been nicknamed “the anti-festival.” I like to imagine that Stosuy and DeRan created a Venn diagram, where “Artsy curio” titled one circle and “Savvy metal enthusiast” titled the other. Soundscape is the overlapping section. The headings may seem antithetical, but in actuality, their overlap offers a vibrant festival experience that is, first and foremost, about immersing with art and sound in novel ways, and about the people that enjoy doing so. There were myriad highlights in 2016’s rendition, but these were five acts that stood out amongst the rest:

Mary Lattimore is a Philadelphia-based harpist. She gave one of the first performances in the more intimate north hall. Guests flooded the room to watch her work, easily filling its menagerie of chairs. They were the kinds of chairs that you’d see gathered haphazardly at a yard sale: many and unexpected shapes, colors, and characters—a seating area analogous with the Soundscape experience at large.

For about 40 minutes, Lattimore plucked arpeggios and fed them through the mixer that sat on her lap. Her left hand jumped back and forth between the strings and the knobs, capturing sounds to be warbled, looped, distorted, sampled, and reformed as percussive sound bites. It’s an approach that garnered her a spot on the excellent electronic label, Ghostly International. Lattimore created her own harp ensemble of sorts, a satisfyingly modern take on the traditionally fay instrument.

Deantoni Parks, a Georgia native, is one of the most electrifying percussionists of today’s music scene. Collaborations with luminaries like Flying Lotus, John Cale, and T-Bone Burnett have raised his stock and he’s recently emerged as a mesmerizing solo act. Atop the Soundscape stage, he sat behind a barebones drum set (snare, kick, and hi-hat), wearing a black tank top and black sunglasses. While his left hand navigated the drums, his right picked out keys on a small keyboard. Each key was programmed with a battery of sounds: clicks, synth timbres, vocal samples, and a devastating bass that literally shook the rafters.

Parks negotiated unpredictable syncopations and textural changes that made the performance feel like an improvisation (and perhaps it was). When he did settle on anything, it lasted only about three bars before it switched to something new. Deftly and precisely, Parks translated his stream of consciousness into the language of percussion. And even if we couldn’t decipher the nuance of his incredibly complex monologue, there’s no doubt that we all heard (and felt) him loud and clear.

Angel Olsen’s 2014 record Burn Your Fire for No Witness was an emotive folk rock masterpiece steeped in a lo-fi brew, and with her 2016 follow-up, My Woman, the St. Louis musician proved that it was no one-off fluke. During her Friday set, Olsen dabbled in both records, sharing her inimitable songwriting talent time and time again. She never oversteers. She never does too much or takes anything too far. Balance is paramount, always.

Olsen fronted the stage in billowing brown pats, high-heeled clogs, and a speckled white blouse, surrounded by a quintet of musicians garbed in dapper grey suits. There’s something immediately nostalgic about her style. A modern take on the golden era of songwriting (think Brill Building days), and her voice, dulcet and lithe, invokes some of our most treasured crooners, like Roy Orbison and Grace Slick. Similar to those predecessors, Olsen has an enigmatic brood that fit felicitously within the dark auspices of the Basilica. As such, her performance shines as the crown jewel of the weekend.

LA artist Angel Deradoorian (yes there were two Angels at Soundscape) made a name for herself playing with bands like the Dirty Projectors and Avey Tare’s Slasher Flicks (Tare is a member of experimental indie lions, Animal Collective), and she’s collaborated with the Roots, Flying Lotus, and Brandon Flowers (The Killers). While her standard fare fits within the upbeat Dirty Projectors mold, for her Saturday evening performance in the north hall, Deradoorian held what was more sound therapy session than concert.

After calling for the lights to be dimmed, she sat quietly on a rug at the front of the room surrounded by keyboards, synthesizers, mixers, and microphones. Slowly she began sending otherworldly sounds cascading through the crowd. In gradations, she added depth to these tones, integrating her flute and her voice (at one point she read a poem), all the while toggling knobs and growing the modules into rapturous layers of harmony. It was almost liturgical. Working in microtones, Deradoorian led what felt like a 40-minute meditation on sound. And it was very soothing indeed.

Explosions in the Sky

Explosions in the Sky were undoubtedly the most recognizable name on Soundscape’s roster. Established in West Texas in 1999, the quartet has spent the better part of two decades entrenching themselves as the eminent post-rock band (perhaps exceeded only by Mogwai). Their pro status was palpable on Saturday night when they closed the festival.

Throughout their set, a hazy amber light shimmered in waves across the crowd as their music followed suit. Unspoken melodious riffs were interjected with pause and climax. Lush and earnest tones were balanced in ethereal textures that thrashed and then were still, like the aftershock of New Wave ground down into empyrean instrumentals. Explosions in the Sky can glean so much emotion from their instruments without saying a word. They are storytellers whose medium is sound, a fitting finale to another excellent Basilica Soundscape.

Photos courtesy of Samantha Marble for The Creative Independent 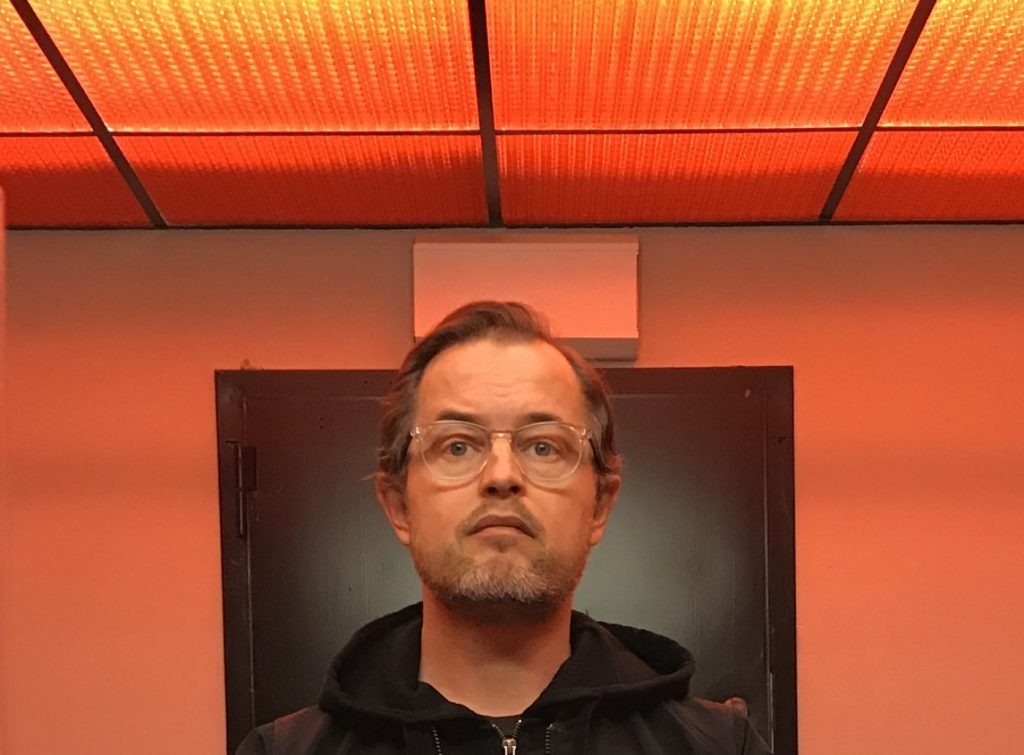