Miami isn’t just Basel. Repeat (and clarify): Miami is NOT just the week of Art Basel Miami Beach and its surrounding festivities. Every “respectable” news outlet tries to trumpet this each successive year that the Swiss juggernaut returns in December to more tropical latitudes. None of them dare to venture beyond the wilds of Miami Beach (or perhaps – gasp – Wynwood).

In the North Miami village of Little Haiti, three locally-based artists decided to turn the model on its head. Loriel Beltran, Aramis Gutierrez and Domingo Castillo are the directors of Noguchi Breton (now renamed Tile Blush), which opened in 2013 with a showing of the anonymous, internet-based collective ART404.

Since then, the program has focused on local artists and have had their platform featured at the Institute of Contemporary Art (ICA) Miami, NADA Miami Beach, and Design Miami/ in the form of a Deco-inspired interior capsule. Gutierrez and I go from past to present to future with Noguchi Breton.

I remember the evening you opened the gallery. There was a genuine sense of excitement that three independently successful local artists had launched a brick-and-mortar gallery space, especially in Little Haiti. Take me back there. What were those first few weeks/months like?

Aramis Gutierrez: Loriel had lived around the block for a while and my studio had been upstairs already for about 3-4 years, so we were familiar with Little Haiti. Getting our space up to standard took a lot of back breaking work and we did most of the labor ourselves and with the help of friends (very priceless friends).  Once we we’re passed that hump, it started to dawn on us just exactly what we were getting ourselves into.  On the night of Hugo Chavez’s death announcement we went to celebrate in Doral (Loriel, Domingo’s girlfriend at the time and my wife and I are Venezuelan).   We had just entered a new phase in our creative lives which was incredibly exciting.  Loriel came up with the idea to show ART404 during the celebration that night.

Tell me about the first two names of the gallery, it’s like a never-ending laugh!

I’ll tell you later. We are called Noguchi Breton now.

Apart from showing local work (and super-local if we consider the Florida Landscape Painting show back in 2013), you’ve also featured artists from outside Miami. Will you maintain a focus on local artists or do you plan to widen the scope?

We decided after the Florida Landscape painting show that we wanted to focus on Florida Centric programming.  Miami is already so infatuated with imported culture, in our minds there didn’t seem to be the need for another space catering to this.  Also, I can say for myself at least, that opening the gallery was a little out of spite over the dire selection of commercial galleries in Miami.  There were basically 4-5 spaces and if you tried working with them and for one reason or another it didn’t work out you fall into this Miami artist limbo, which many of the artists we know and respect preferred.  We will continue to focus of the under-represented and the forgotten aesthetics of South Florida because it’s still what’s needed and what we are interested in.

There’s an elevated dialectic to your program: you’re not afraid to address historical context or art history in a very straightforward way. What has the public response in Miami, or even to other visitors, been like to this methodology?

So far the response has been largely positive. It is a complicated path to navigate because in one respect our space needs to function as a commercial gallery and in another there is little or no market for local artists & aesthetics past or present.  Most “collectors” in South Florida either buy “established” artists and ship it here for their tax break or are merely looking to decorate and buy what is fashion in other cities.  So we found that we had the dual role of being both gallerists and having a more didactic role concerning the rich, yet largely ignored, local vernacular that exists here.

The gallery showed a capsule at Design Miami/ this past year, do you think you’ll continue to explore more applied design-oriented projects in the future?

Yes, absolutely. We strongly believe that to develop the conversation concerning aesthetics in South Florida, no matter how plural, we need to help in building bonds between our communities many contributors. 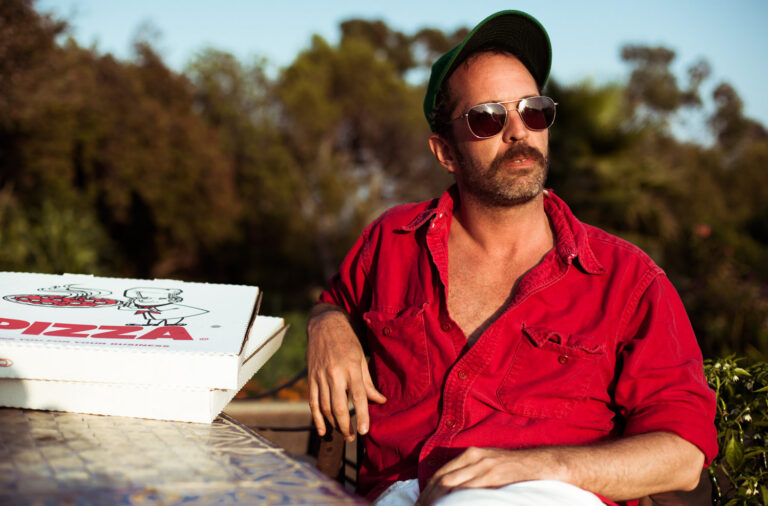 FRONTRUNNER meets guitarist/producer/vocalist Matt Sweeney, who has collaborated with the likes of Johnny Cash, Neil Diamond, Will Oldham and Iggy Pop.