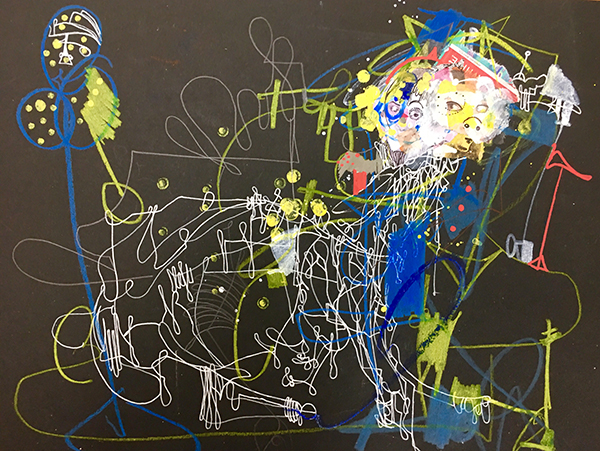 What interests you about portraiture and what influences your color palette, form, and materials?

When I think of myself as a fine artist I think of my first memories as a kid drawing as playing. I drew my mom and dad and basically everyone I could with the goal to turn them into a living image. I was fascinated that a human can create a universe on paper and live free. 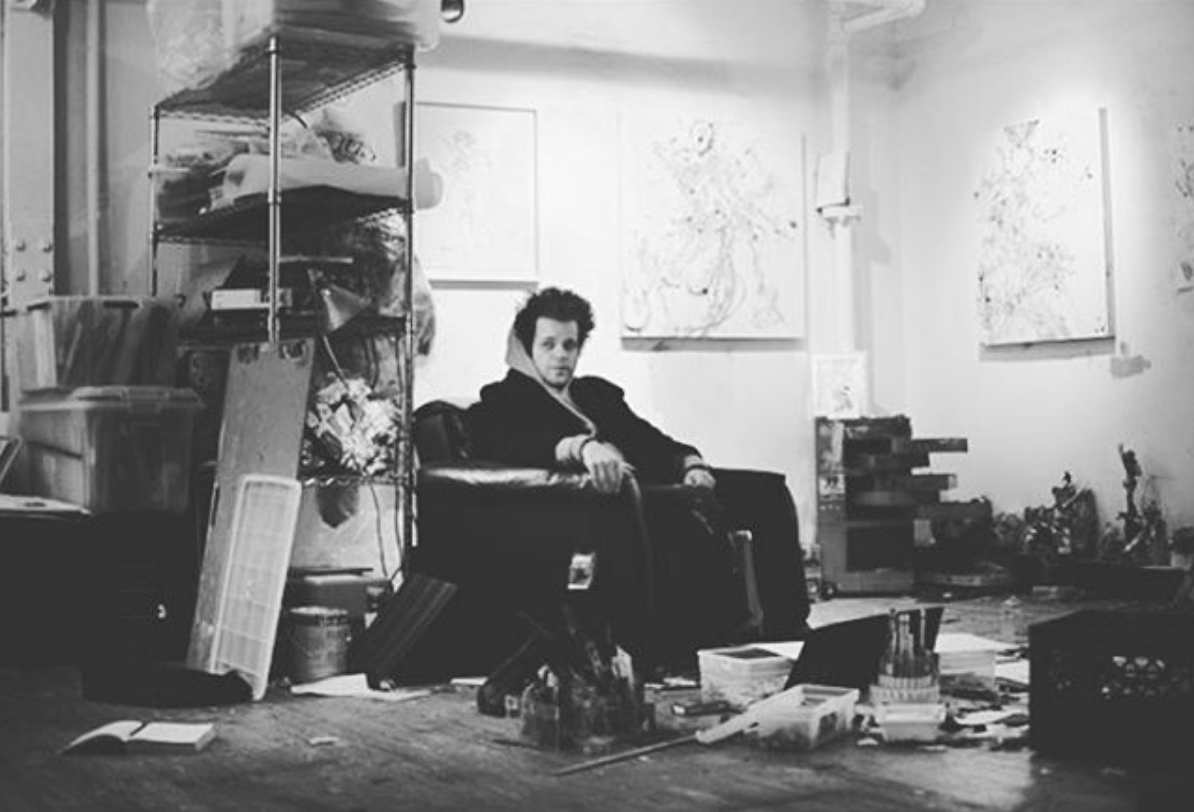 So you grew up in New York in the 80s with a very distinct street culture. What was that like and how did that inspire you?

Life was definitely different as far as style, culture and danger in the street.

I just wanted to draw it all away. I spent most of my time drawing the cities vast energy. Ever so changing, like my lines…… I was fascinated with Dali, the surrealist, Toulouse Lautrec, my mom and dad put me on and into art and showed me it all. My days were spent seeing NYC art, but I was too young to hang work next to Keith or Kenny and grow up and see the trains covered in fluid colors and wild lines.

The energetic portraits that I create are inspired by the person, their energy, sound, their movements, how the blood flows in their face.  The conversation we have, or how the photo reads. I work more on translating what I can see or feel into the work rather than photo realistic images. For me this is realism. I want to capture life and freeze it forever into a timeless image….. 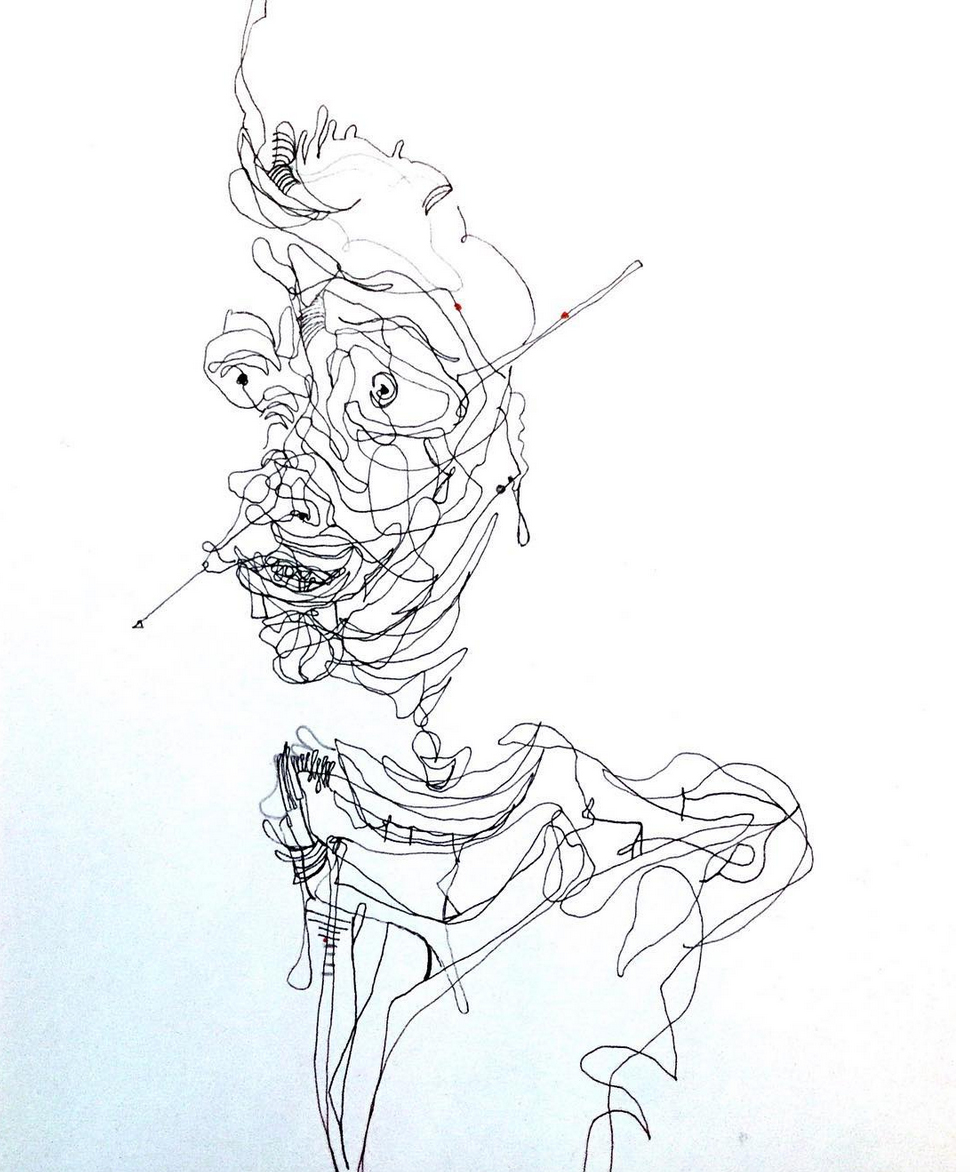 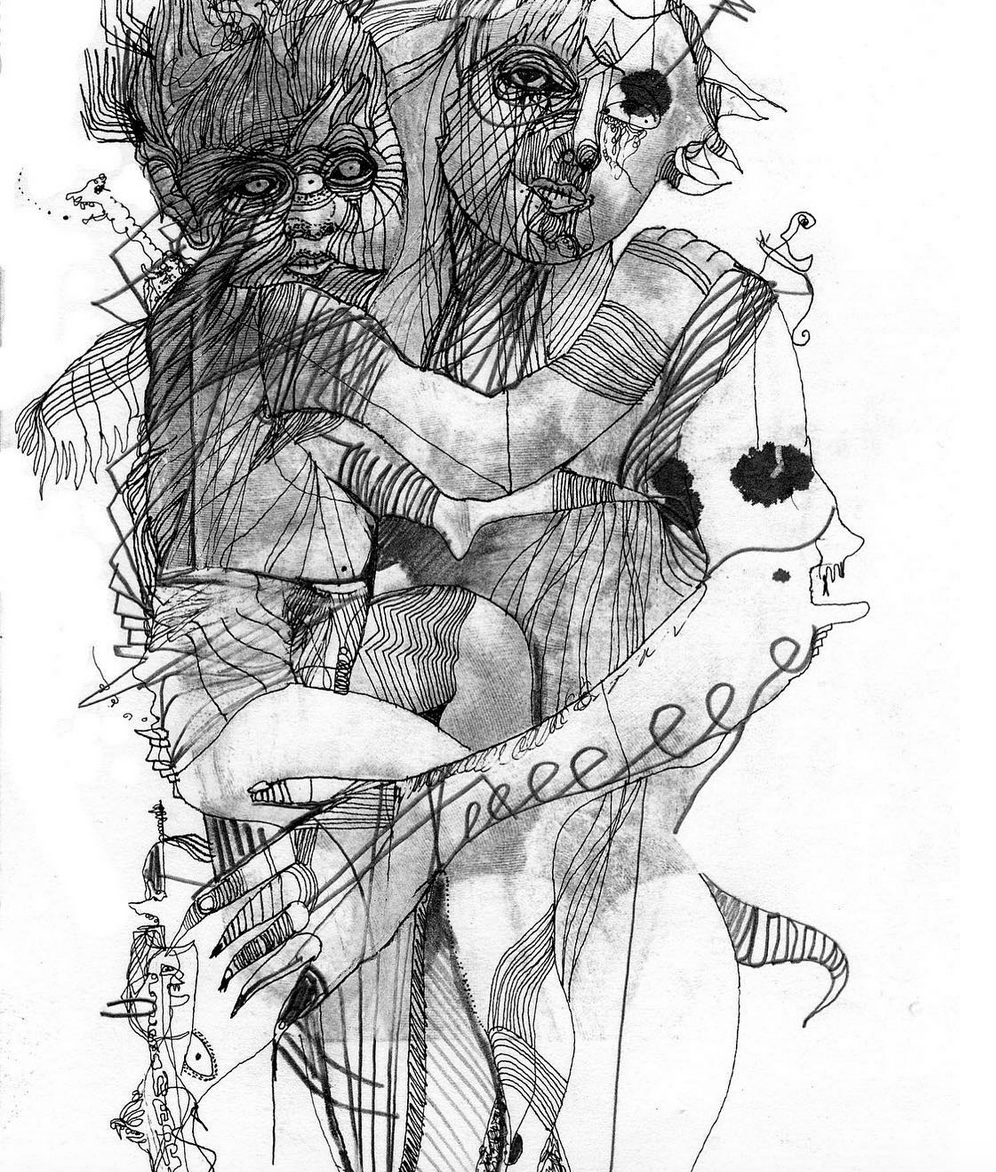 Performance is part of your art.  How has that evolved, the installation worlds, the collaborations, and how do you see it complimenting or in addition to your drawings and paintings?

I ran NYC club shows such as palladium, expo, Michael Alan’s playhouse, and many for so long to pay my way through school, it even gave way to some great early graff shows for my friends. I found that from learning this job I could give something back into the art community and do live shows just for the arts.

I wanted to create live experiences and create my drawings or paintings live and bring them to life, so I worked with myself, my body, my head, and many other people and bodies and toys and strange people to create these live worlds. They became very chaotic and on the spot creations. Communities formed that I couldn’t imagine would have but they did…..wow…the world of creativity is real! 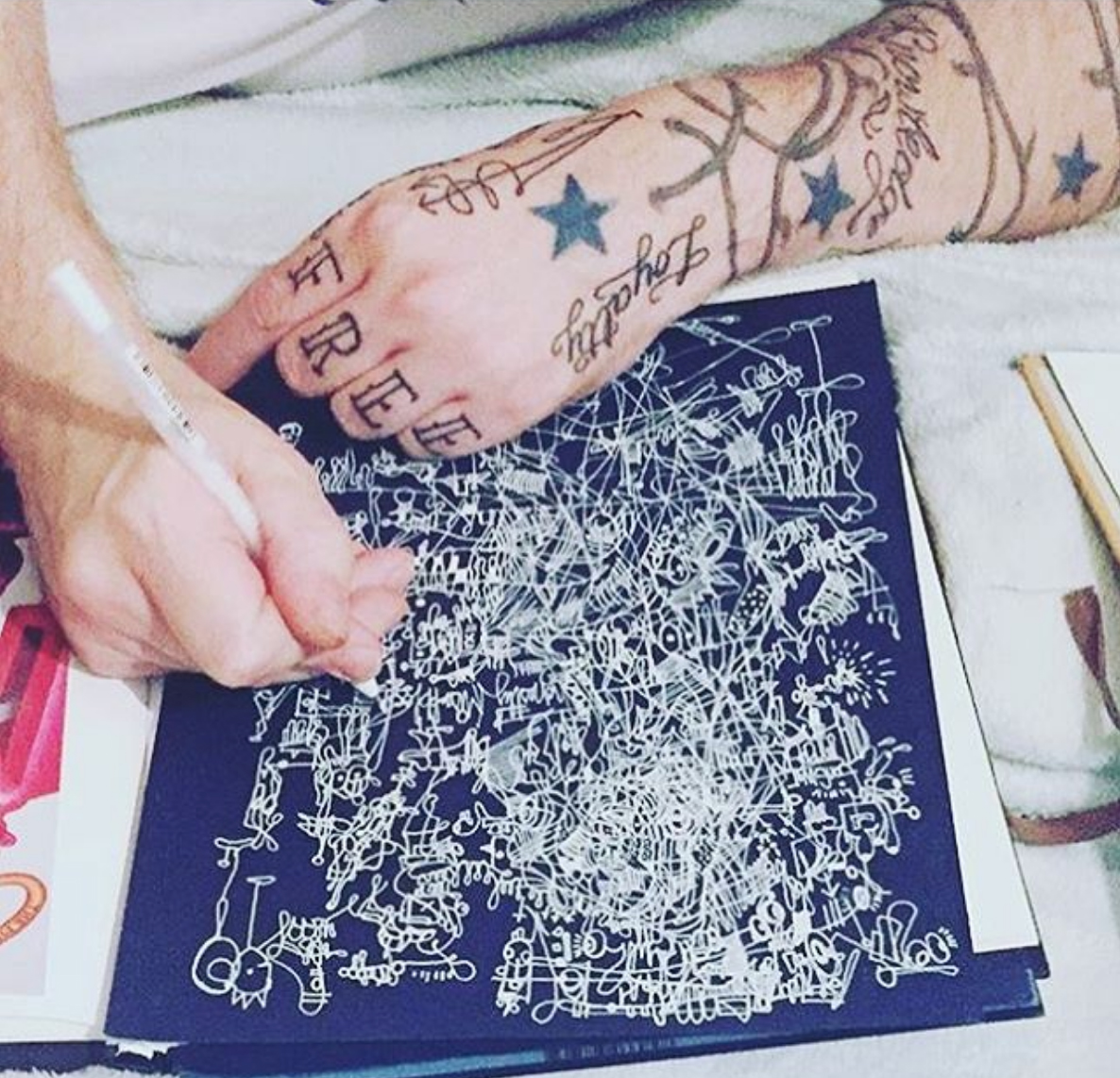 The shows shaped the way I draw and build, and basically influenced each other.  Making Live work with tremendous effort will make you expand your process.

I have worked with many great musicians to create wacky collaborative songs for the shows, such as Ariel Pink, members of Wu Tang Clan, Odd Nosdam, Merideth Monk, Tim “Love” Lee, Kenny Scharf, Japanther, the residents, Renaldo and the Loaf, so so so many. That became  its own thing / making music, recording albums  /and it’s own studio practice and great ongoing collaborative projects. I am planning a new album for 2017! 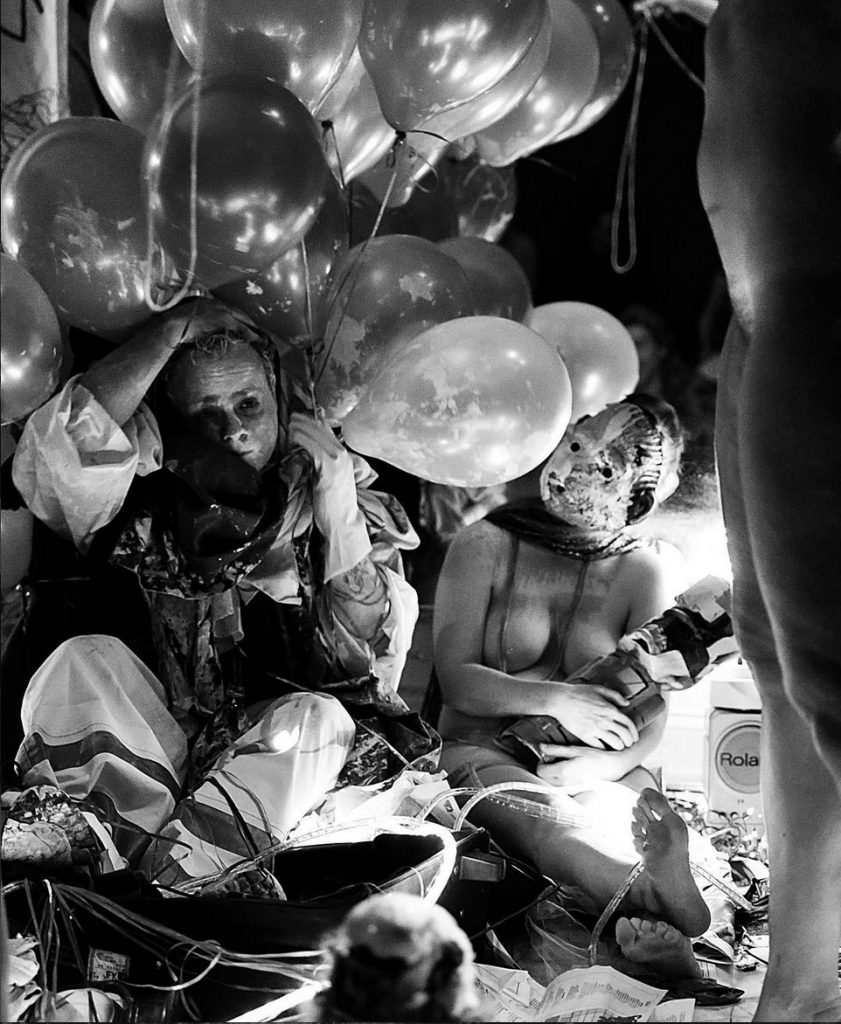 It’s fair to say that you are prolific.  Was that always the intent or a goal you had in mind?

The goal is to take every day and night and make it better then the one before! While in that actual time create each moment in joy! Comedy! Working trough raw emotion, lines, color, and a language of symbols. 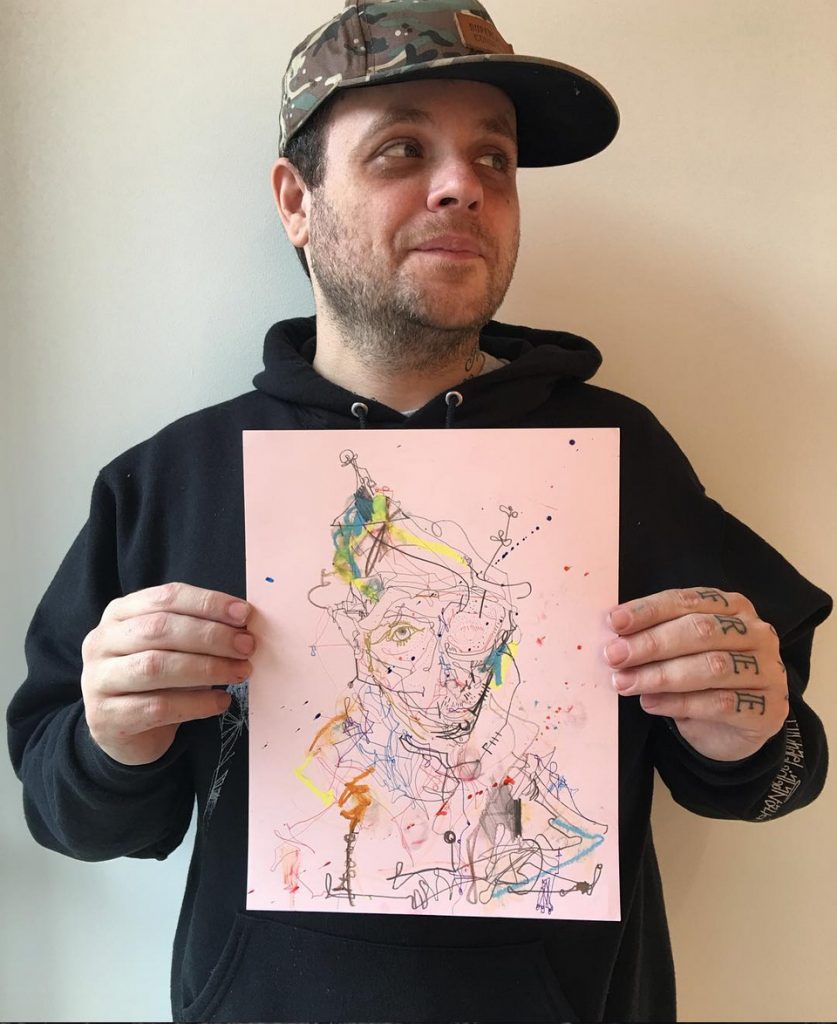 You have had some pretty intense experiences in your life.  Tell me about some of those.  How do these inform your work and what do you do to stay positive?

My goal is letting go of all the past trauma with healing as a lifestyle!  Taking every day to heal and not end back in a hospital for breaking something new. Living only in the now. 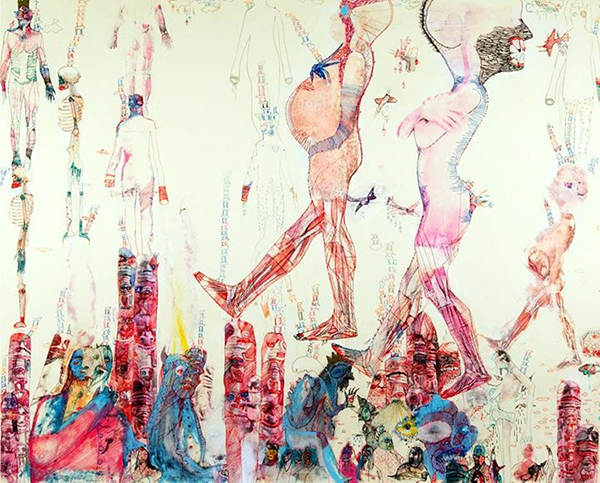 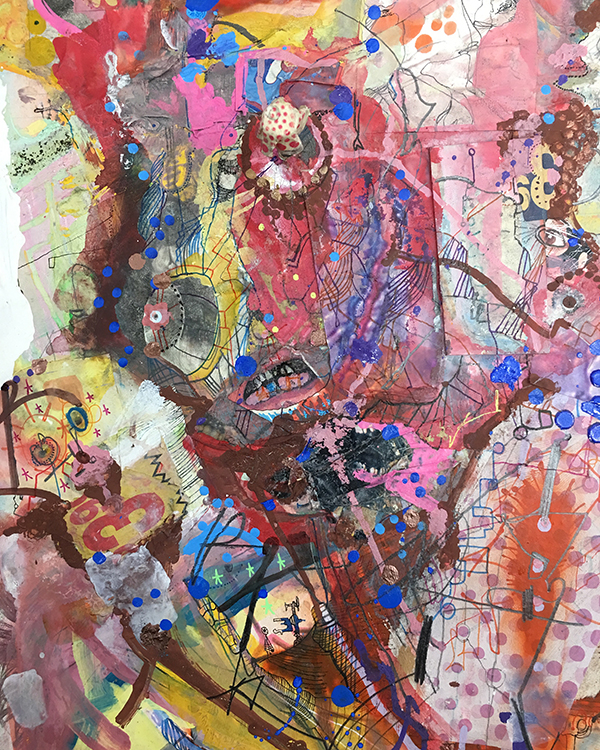 Tell about your early inspirations and what really gets you going recently.

Growing up in NYC as a fine artist in the late 70s and 80s/90s is an extreme emotionally deep experience especially on the outside looking in living as a artist on the out parts of the more dangerous or not artistic regions when we think of New York.  My mom grew up on Halsley and when we moved it was not art in ’77….. we moved to Staten, Wu-Tang were neighborhood kids that were known for some trouble, people were getting shot, you had to learn to protect yourself.  I did and I worked on my art non-stop. This became my self-made identity before art school, or any of my shows. I was the kid who drew all the time everywhere, that wasn’t common. Every party or basketball court I was drawing everything. I had to take in some of the worst things I could see in life and then put it into my art. 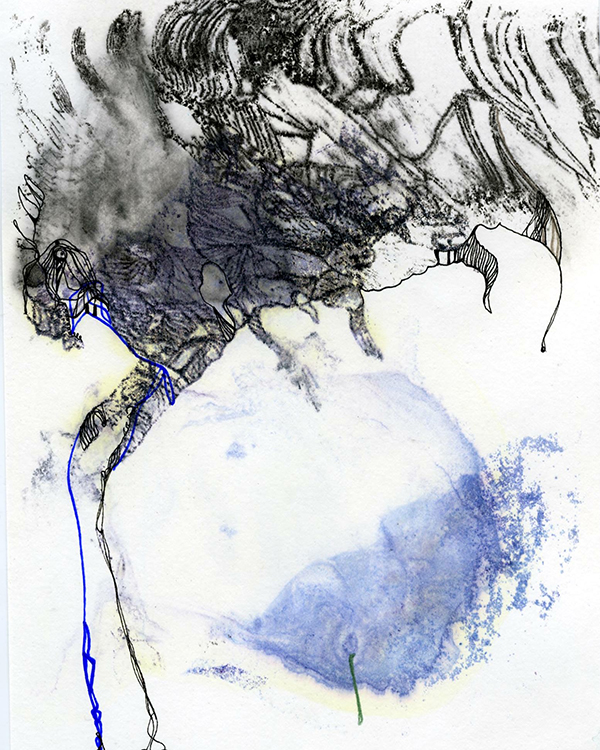 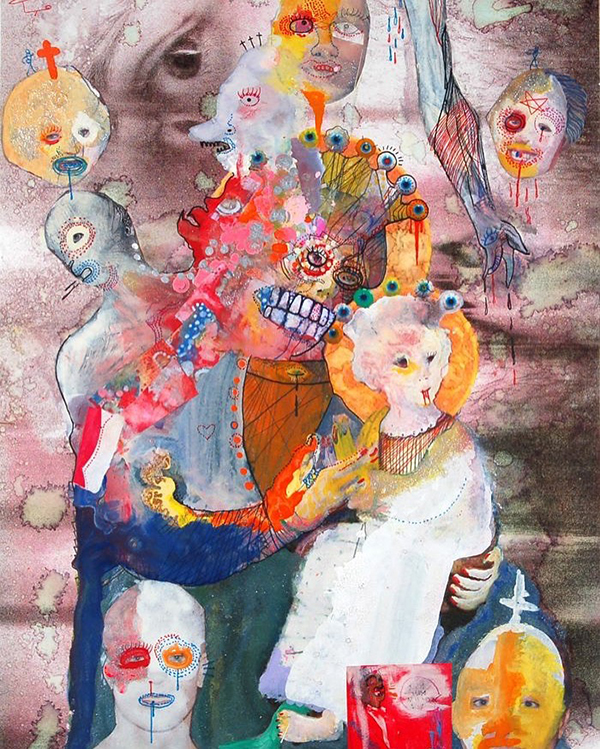 Looking ahead now. Tell me about your work this year and what projects or work you have planned for 2017.

I’m thinking deeply into meticulously crafted detailed works, that speak to one viewer at a time. I see art becoming this huge thing, I wanna step back to the basics of one-on-one talk with deep context that lives beyond a show or a party. I see my future more as a path consumed with creating a connection with my work and the viewer. 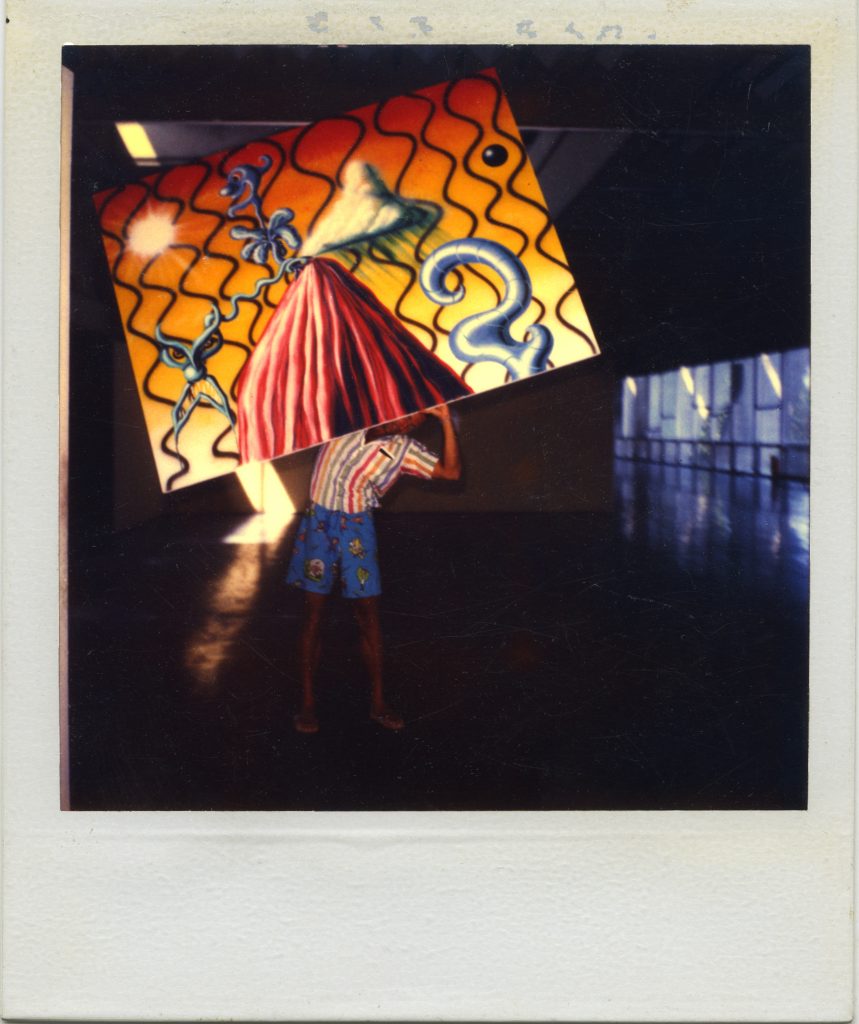 FRONTRUNNER presents an exclusive interview with Malia Scharf and filmmaker Max Basch on their documentary When Worlds Collide: Kenny Scharf.