As an Aboriginal artist, family and heritage are central to Scarce’s work. She is known for her sculptural installations, addressing the effects of colonisation and nuclear testing on Aboriginal people. Scarce was born in Woomera, South Australia in 1973. She majored in glassblowing at the University of South Australia in 2003, before completing a Masters of Fine Art at Monash University, Melbourne (2010). Currently, she teaches at the Centre of Visual Art in Melbourne whilst continuing her own research. She is the recipient of several awards including the prestigious Yalingwa Fellowship (2020), the National Gallery of Victoria Architecture Commission (2019), and the Indigenous Ceramic Award from the Shepperton Art Museum (2018). Previous international shows have been mounted at the Contemporary Art Pavilion, Milan (Italy), Museum London, Ontario (Canada) and the National Gallery of Modern Art, New Delhi (India).

FRONTRUNNER presents a poignant discussion with Scarce, covering the cultural gravity of her work and what this means for her future research.

You were born in Woomera in South Australia. How has that influenced you and your art?

It’s really influenced me in the last 5 or 6 years, particularly since I’ve been returning to Woomera to do additional research. Initially, I wasn’t sure on the history of Woomera, besides me being born there. I think the prohibited area that was created in 1947 is still very much active and is overseen by the department of defence here in Australia. A lot of work has come out of that. During the nuclear testing in South Australia, Woomera was involved in sending piolets to circumnavigate the atomic clouds, so that the scientists could determine how the planes were being affected by radiation. There’s quite a lot of history in Woomera in terms of the death of babies and young children during the nuclear tests as well. There’s a cemetery that I call the “children’s cemetery” because the majority of the deceased buried there are children. I continue to go back every 12 months if possible, as I tend to uncover new information.

Your work is confrontational in both a political and emotional sense. Were the works that deal with children, such as Fallout Babies and Only a Mother Could Love Them (2016), particularly difficult to complete?

I think Only a Mother Could Love Them was particularly difficult, especially creating the holes in them. I’d made that work soon after Fallout Babies, so it was in the same sort of time frame. I was quite upset when one of the holes (the largest one) in one of the bush plums was being created. It was like the plum was screaming – I felt like I had to take a break from it just because they are about children. That’s why the title is what it is, because it wasn’t their fault. The same with the Fallout Babies; it’s the children being born or stillborn. It’s an incredibly traumatic story (not just for me) but for the parents who lost their children. I can’t imagine what it would have been like for people to lose their child during that time, as well as being told that it had nothing to do with the nuclear tests in South Australia. They blamed the harsh conditions in the prohibited area in Woomera, so it makes you angry. I thought about that a lot during the making of those works.

How does your personal and familial history manifest itself in your work?

Growing up as an aboriginal person in Australia wasn’t the easiest, and it can still be quite tough. Unfortunately, I do still come across quite a lot of racist people and it’s the 21st century. So, it’s very much still present. My work is very much about educating people and using mine and my family’s story is a large part of that. I’m very proud of where I come from and who my family are, so I think it plays a lot in my work overall. It’s a constant companion – as I would call it, in making my work.

What part has travel played in your work? Are there any places you’ve visited that have resonated with your own experiences?

Fieldwork is a large part of my practice. So, when I’m asked about where my studio is, I say “all over the place”. I blow glass in Adelaide and South Australia and I work primarily at home when I’m not teaching or travelling. I’m often in South Australia visiting my birthplace, Woomera – it’s very influential. Internationally, there’s a number of places I’ve visited (probably close to 30 countries) over the course of my art practice. Berlin is somewhere that I would like to spend more time in – I call it “the memorial city”. Berlin and Auschwitz-Birkenau in Poland are quite amazing in acknowledging the history of the Holocaust. I find that when I do return to some places more than once, it’s those two. There’s very little happening here in terms of acknowledging first nations people and genocide.

How does your work explore both the aesthetic and conceptual qualities of glass as a medium?

Glass is very seductive. For me, to use bush food to represent aboriginal people is a perfect opportunity to create something that alludes to beauty, but actually has quite a dark story. I like the fact that with the beautiful nature of glass there’s a sense of trickery to draw people in.

Tell me about Thunder Raining Poison (2015). Do you think that being able to challenge the viewer and subvert their expectations is testament to the emotional impact of your art?

Definitely. When Thunder Raining Poison was first shown in Adelaide at the art gallery in South Australia, people thought it was beautiful like a chandelier; and as they got closer, they realised it wasn’t. They read the didactic panel and looked quite upset that they didn’t know about the nuclear tests in South Australia. So, I think that was a really good way to draw people in and educate them. There’s been quite a few tears (not just from me) but from the general public, as well.

How did the yam daisy motif come about?

It was one of a few foods that I was creating at art school and I think on mass they actually look like deceased bodies. So, I saw them as a good symbol of death for when I represent the deceased aboriginal people. When you bring them together in large numbers, they actually look like they’re moving. I think that’s why they reoccur quite a lot because they take on something else other than a food. They’re beautiful in that way.

Tell me about your exhibition Looking Glass (2020) with Judy Watson.

That exhibition is in partnership with IKON Gallery in Birmingham, in the UK. It was developed over a couple of years and is curated by Hetti Perkins, who’s a phenomenal aboriginal curator here in Australia. Initially, I was meant to do a residency in Birmingham, but things got out of hand and I had to come home. The exhibition at TarraWarra still went ahead and so did Judy’s at IKON. Judy Watson is one of Australia’s most well-known aboriginal artists and we were very specific about the relationship to country. My work was primarily about the nuclear testing in South Australia and Judy’s very political as well, so I think that’s why Hetti wanted to bring us together. It shows some existing work, Fallout Babies (2016) and I also created a new, suspended atomic cloud for TarraWarra. I’m in constant conversation with IKON about returning to the UK.

Tell me about the research you were doing in Birmingham, prior to the pandemic. I believe you were looking at the origin of the atomic bomb.

Yes, I was. I was looking particularly at the scientists Otto Frisch and Rudolf Peierls, who undertook research at the University of Birmingham. With these nuclear physicists, I was saying to Hetti Perkins “I feel like I’ve gone right back to where it started”. I’d like to delve a little bit deeper into that research and see more in terms of their letters that they wrote to each other and how they developed nuclear energy. It’s not the end of that research – I feel like it’s just the beginning and that multiple works will come out of it. We don’t really talk about nuclear testing here in Australia, because it was shrouded in secrecy. So, I feel like it’s really important to bring that new information back to Australia and share that – not just here, but with other people internationally. Exhibiting at IKON is going to be a really important part of that process.

Which artists do you admire and look to for inspiration?

Christian Boltanski is one of my favourites; I’ve always been a massive fan of him ever since I was at art school. Mona Hatoum – she’s quite amazing to me too. But, definitely here in Australia: Judy Watson and Julie Gough, a Tasmanian artist. I’ve looked up to them quite a lot because they’re history makers as well. I feel like I have some sort of connection with them in terms of how they look at history and create works from that. Those four artists are pretty high on my list, but who I love very much is Steve McQueen. They’re my favourites – they’re the ones that give me goosebumps.

What do you think is missing in art?

Hard work really pays off. Never give up. As an emerging artist you will come across knockbacks, but that doesn’t mean you should be disheartened. From my experience, there’s always something great around the corner. You’re always going to come across constructive criticism, but you don’t always have to take that on either. Just believe in yourself, even if people tell you not too. Also, have humility – that’s really important. I believe being humble is a really important part of being a great artist.

Liv Leftwich
Liv Leftwich is an Art Correspondent for FRONTRUNNER. She is a graduate of English and Related Literature from the University of York, U.K. She has always had a passion for the arts and the written word, with a strong focus on visual culture. Leftwich lives and works in London. 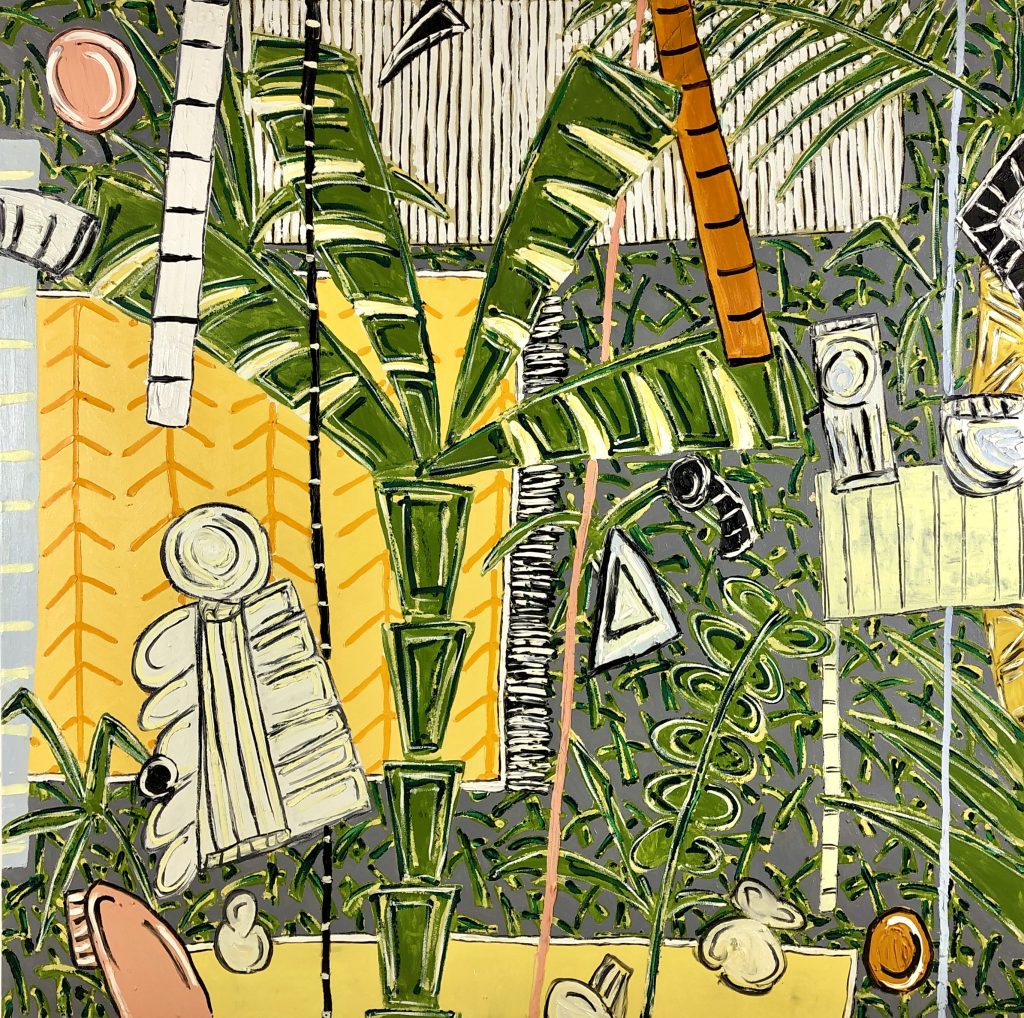 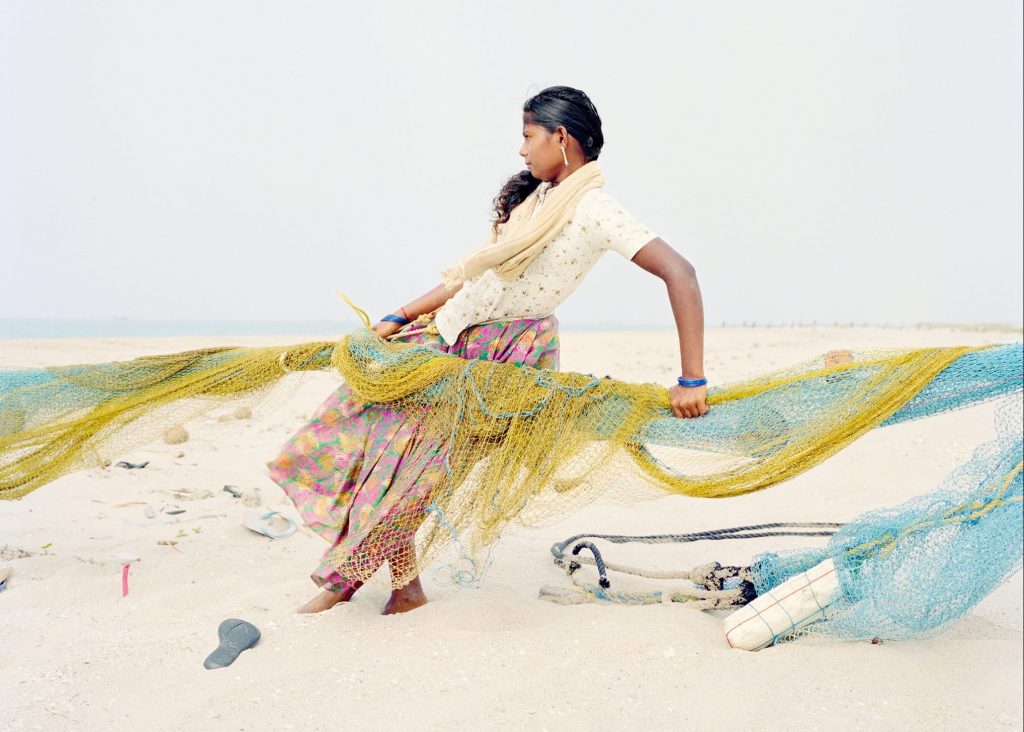 Photographer Vasantha Yogananthan uses a contemporary lens to reimagine India’s founding epic of Hindu mythology, the Ramayana, in his seven-part series A Myth of Two Souls.