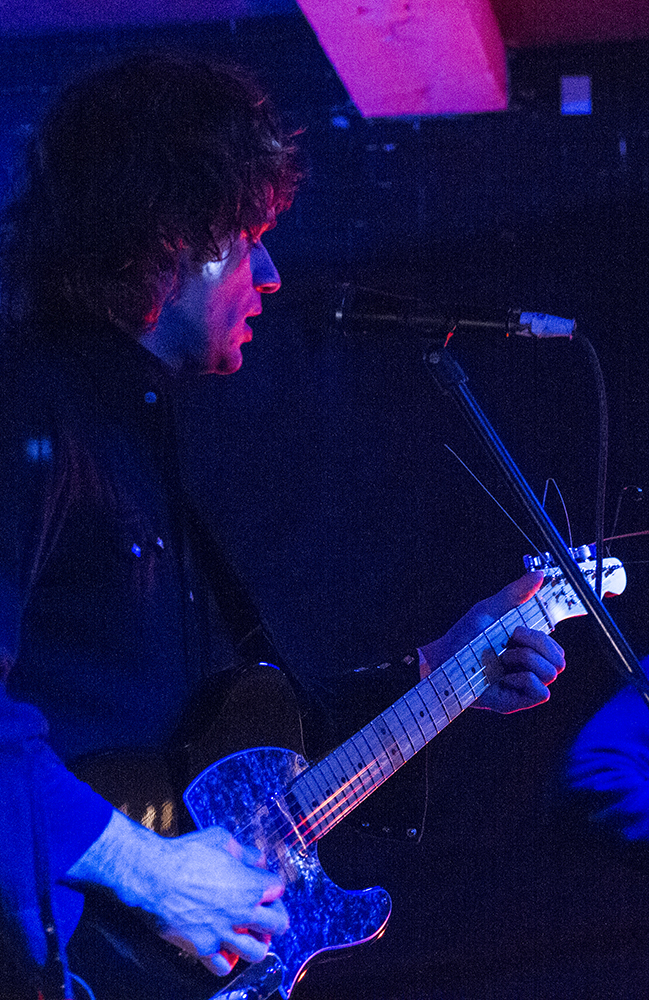 EZTV is a three-man-band made up of Ezra Tenenbaum (vocals/guitar), Michael Stasiak (guitar), and Shane O’Connell (bass). Their music embodies everything that is good about pop-rock from the past few decades and still manages to be refreshing, a feat that is not so easily accomplished.

Their first album, Calling Out, came out in 2015 to positive reviews and properly set the groundwork for their sophomore album, High in Place, which came out in September. And it’s still only the beginning for EZTV. The trio opened for Jenny Lewis on tour last year, which resulted in both a friendship and a song. Lewis accompanies the band on their single “High Flying Faith,” her voice a seraphic shadow to the Tenenbaum’s breezy vocals.

Rarely is a band capable of being both lulling and rousing, depending completely on one’s mood or setting. Their often emotional and contemplative lyrics fuse with a sound that’s coolly indolent. High in Place could be just as easily listened to in the bar as in the shower, in a merry mood or mellow.

These days, the energy on the streets of New York can be tense. To temporarily disengage, there is nothing I’d rather have streaming through my earbuds than the sound of EZTV. EZTV could easily exist in any decade, but they showed up at just the right time.

So how did EZTV begin?

Ezra: There’s an oft repeated story about how we first played together trying out (and failing miserably) to be in Spiritualized. It’s pretty easy to Google so I won’t repeat it. But suffice to say, the 3 of us had all played on bills together in various bands and after the demise of those bands, decided to try recording a few songs together. That was 2013, time flies. 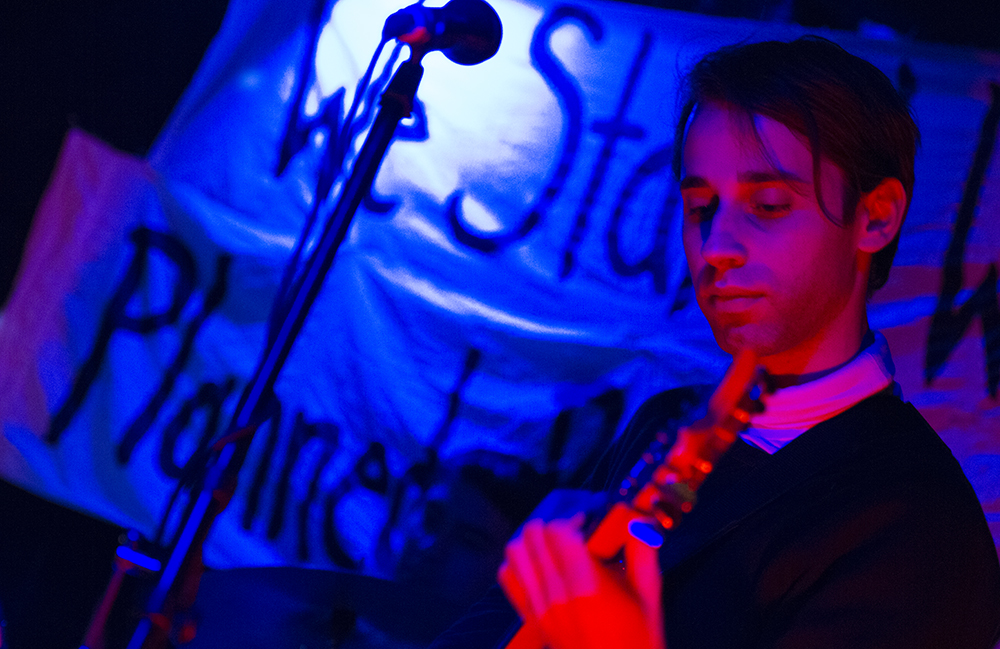 You have a West Coast sound. Are you from New York or did you begin playing together before moving to Brooklyn?

Michael Stasiak: Shane and I are both from the Pacific Northwest, though I’m guessing that the West Coast thing you picked up on is probably the band’s shared love for two bands: The Byrds and Moby Grape. We all moved to New York about 10 years ago, and I don’t know why but that feels like the milestone for when your atoms rearrange themselves and you become a “true New Yorker.”
Ezra Tenenbaum: I was born in New York actually, but grew up in Western Massachusetts. There were a fair amount of well-known alternative bands living in or orginally from that area growing up: Dinosaur Jr. Sonic Youth. the Pixies. I’d like to think there’s some of that ‘East Coast’ DNA there too, somewhere.

You seem to channel a pop-rock vibe of decades past. Is that intentional?
Michael: Yes and no. Yes, because I think all of us had the “eureka” or falling love moment with pop music after hearing bands like The Beatles and then throwing ourselves into that sea of music. But also no, because we try to not be slaves to old gear or tape-only techniques when we write and record our songs. I feel like there is a shared belief among the three of us that we can still  find something new to say with a rock song.

You covered Neil Young the other night at Alphaville. What music are you into? Who has influenced your sound?
Michael: Neil’s the best. I’d say EZTV is a healthy blend of ’60s British Invasion bands (The Creation, The Hollies) and ’70s and ’80s American rock and power pop groups (Tom Petty & The Heartbreakers, the DBs, R.E.M.). 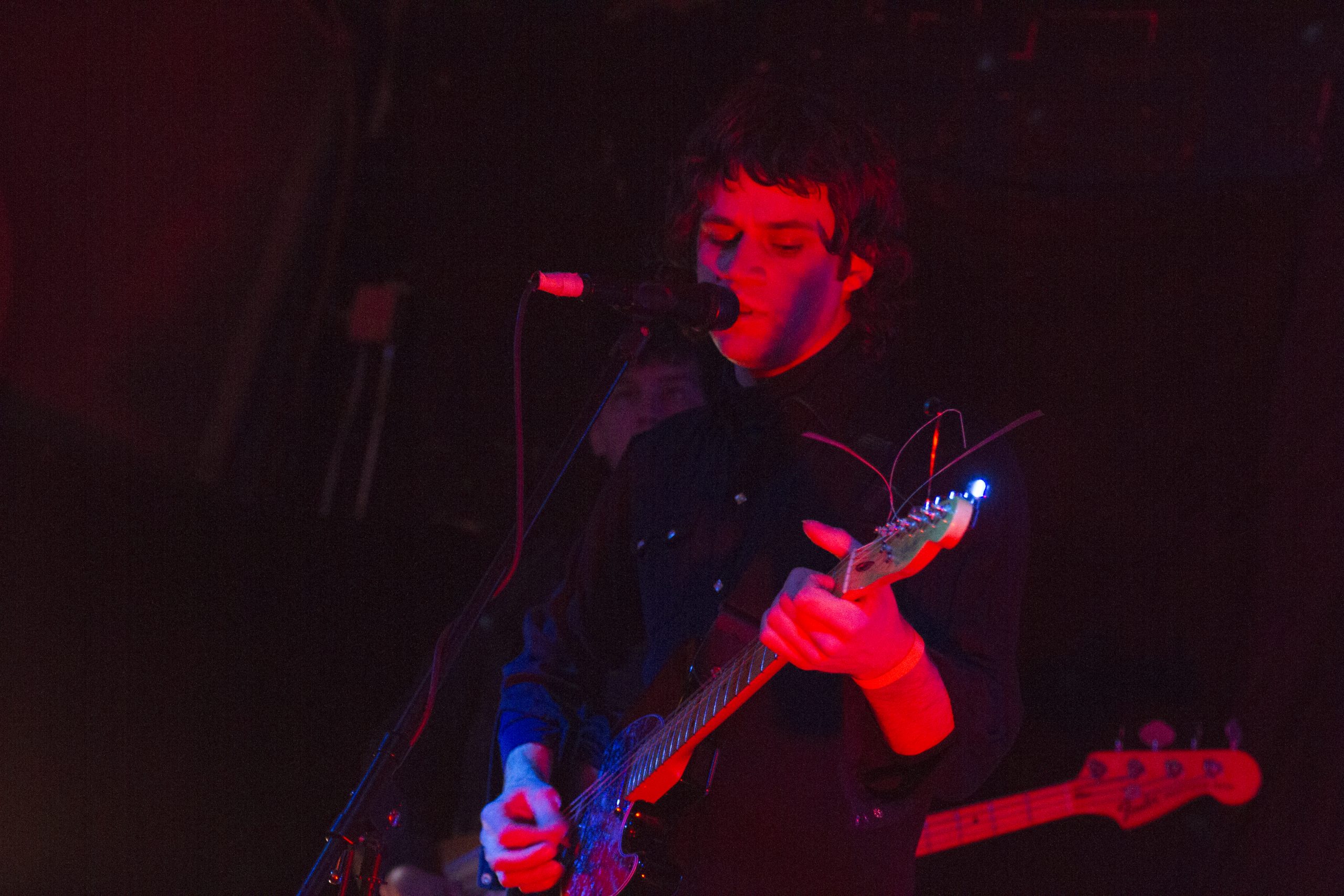 How do you approach songwriting? Are your lyrics based off of personal truths you’ve experienced or broader truths you’ve watched others encounter?
Ezra: The lyrics tend to start with something I’ve experienced, recently or a while ago, but there’s usually a healthy amount of abstraction thrown in. Some of my favorite lyrics are words misheard from other songs. So, as long as the feeling or meaning is there, the exact words are less important to me.

What are some other New York musicians that inspire you?
Ezra: Mega Bog, Cut Worms, B Boys, Martin Courtney.. I’ll admit I haven’t gone to as many shows as I should in the past few months.What’s next for EZTV?
Michael: Just keep on trucking. We are trying to do some more touring behind this record, which came out in September on Captured Tracks. Also a bit of recording of new songs. I’m writing this on a lunch break from work, so…lunch is next, in the immediate future.
Ezra: It’s very inspiring to see musicians speaking out, raising money for charity and channeling collective frustrations right now. I’d like to find a way to contribute in that vein in a way that feels meaningful. More on that hopefully very soon.
Recommend0 recommendationsPublished in homepage, Music
Categories: homepage, Music
Tagged: Calling Out, Ezra Tenenbaum, eztv, High Flying Faith, Michael Stasiak, Shane O’Connell, three man, three man show 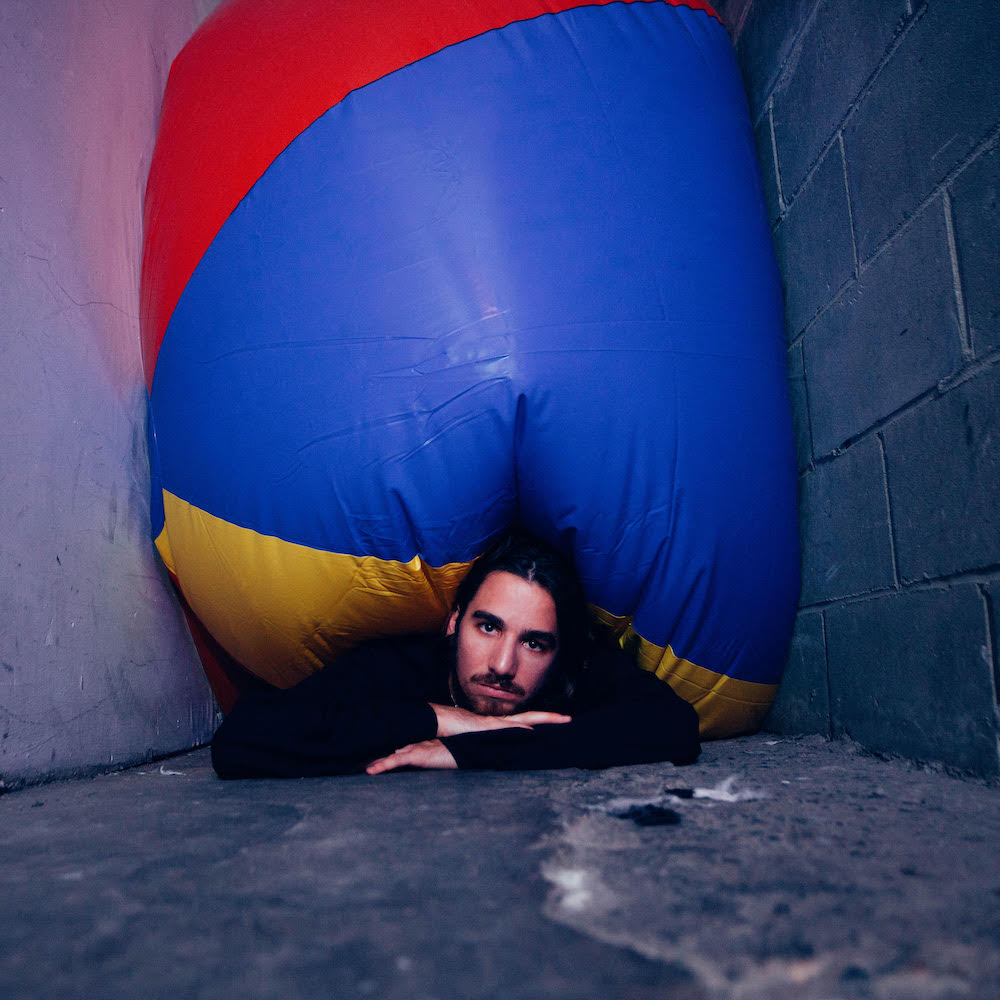 When New York’s Miles Francis released his first solo EP, Swimmers, in February of this year, he had already played the drums in several noteworthy ensembles. In addition to being a former member of Afrobeat group Antibalas, he has also toured with Arcade Fire’s Will Butler and performed on stage with Angelique Kidjo, Amber Mark, Sharon Jones, and more.