The daily tide of politics, whether within the white structures of Washington, D.C. or the constant boomeranging between Facebook/Twitter feeds, seems to be taking the winds out of everyone’s sails. For a woman of color whose artwork treads the lines crossing through and over intersectional sexuality, echoes of cultural stereotyping through rigorous archival research, and Jamaican dancehall culture, the feeling is multiplied…exponentially. 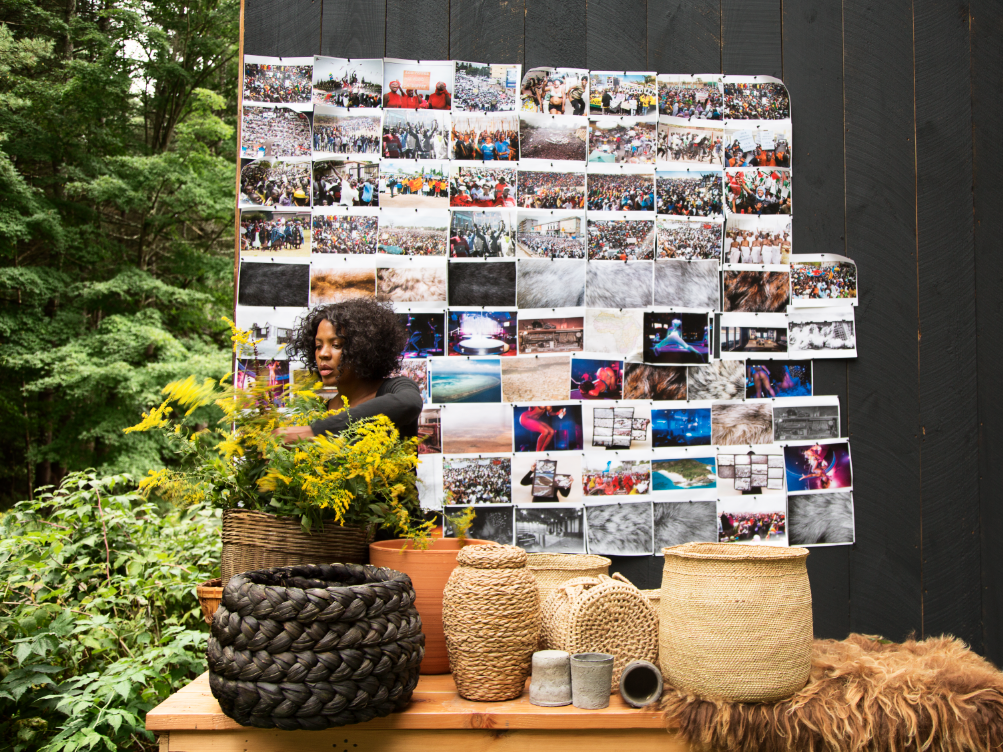 Xaviera Simmons currently has two exhibitions on show: a group show called Gray Matters at the Wexner Center (Ohio State University) and a solo project called Overlay at Radcliffe (Institute for Advanced Study, Harvard University). Oh, and she does have a few works in the permanent collections of the Solomon R. Guggenheim Museum, the Pérez Art Museum Miami, The Studio Museum Harlem, and MoMA. That doesn’t hurt, either.

Xaviera! It’s been far too long since we last spoke. I was still living in New York, then. Since you have so many diverse projects going on simultaneously, where is ‘home’ right now? Does this word sound familiar, even?

Hey Dear! I know its been a long while and I feel terrible as I never had the chance to welcome you nor say goodbye to you while you were in New York. What a crazy thing. New York is so bonkers and so busy and I find that we all run like mad people to make our work, but we sometimes don’t get to see each other as much as we should. Hmmm. Home is a nomadic state for me but at the same time I still live in NYC, and then I have my studio in upstate New York and travel to California and Europe as much as I can. I am very thankful for every opportunity I have to get out of the city.

Let’s start with your show OVERLAY at Radcliffe (Institute for Advanced Study, Harvard). This appears to be directly in-line with your previous works of archival mining and drawing out contemporary narratives from pre-existing, historic material. It comes to the public at such a critical time for reviewing a woman’s voice/place/dream in America, don’t you think?

Yes. For me exhibitions shape themselves around both archival research as well as what project I have been working on previously, what mediums I think will fit the theme or project and also what I desire to research. They all go hand in hand. When I began working in the Schlesinger Archives at Radcliffe, this was pre-November and pre-election of Donald J Trump as President of the United States. I began while Barack Obama was still in office and in the midst of the political campaigning of Bernie Sanders and Hilary Clinton. My view of what the exhibition had become was most definitely influenced on the confluence of archival research and the political climate we have found ourselves in.

My entire practice is in flux as I feel a deep awareness of NOW. Of each and every day and the mental assault we are all facing. I think that a universal veil has been lifted and we as a global community are facing what that means, conservative or liberal; we are all kind of seeing where each other is at. It’s been quite a mentally violent “awakening”. OVERLAY is actually a poetic answer to the kind of violence we are enduring, especially as that violence relates to women’s bodies and women’s civil, political and personal rights. 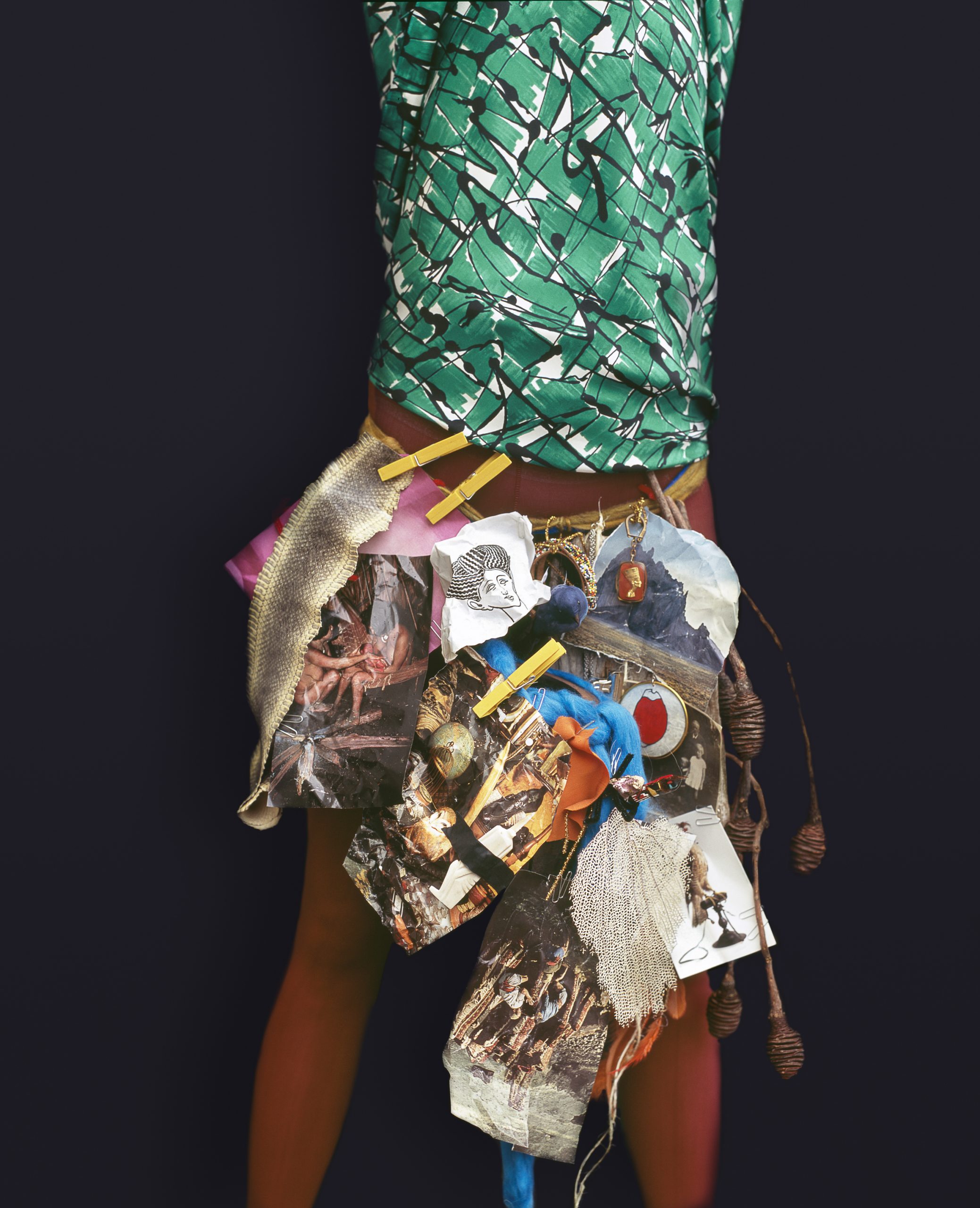 Back in December, The Kitchen hosted CODED, which taps into queer histories, homoerotic imagery and revisits an interest in Jamaican dancehall culture. I think you’ve told me before about the phenomenon known as ‘daggering’ within it; what makes this recurrent topic so engaging for you?

I have a deep love of all things Jamaica. It’s a respect for the people, culture, environment and sound of the place. I think that Jamaica is a mighty island, a physically small space with a massive cultural influence. I am not sure that that influence is fully recognised on a global scale and I like to continue to show it support in my practice. I began looking at “Daggering” in 2013 when I was preparing my exhibition at The Aldrich (Underscore). There is something to the outward sexuality and sensuality that I have found myself continually coming back to. Also, in terms of CODED, I was looking at a physical body as reference for gestures and for a choreographic score. Daggering, at least images of Daggering, are highly sensual in form and I thought that those gestures would compliment the research and also contradict the research that I was doing for CODED, which is centred around a homoerotic gesture. Of course Jamaica has historically not been kind to gay culture. But I think and hope that that paradigm is shifting and I wanted to use the language of Daggering and the language of homoeroticism (in images) to produce a new choreographic work that would in some ways compliment some of the progress I think is happening when we view male loving male bodies. CODED uses women’s bodies to bring language to a male conversation. CODED is a choreographic vehicle I used to engage the pleasure of looking at women’s bodies in constant motion and the homoerotic gesture in photography as well. 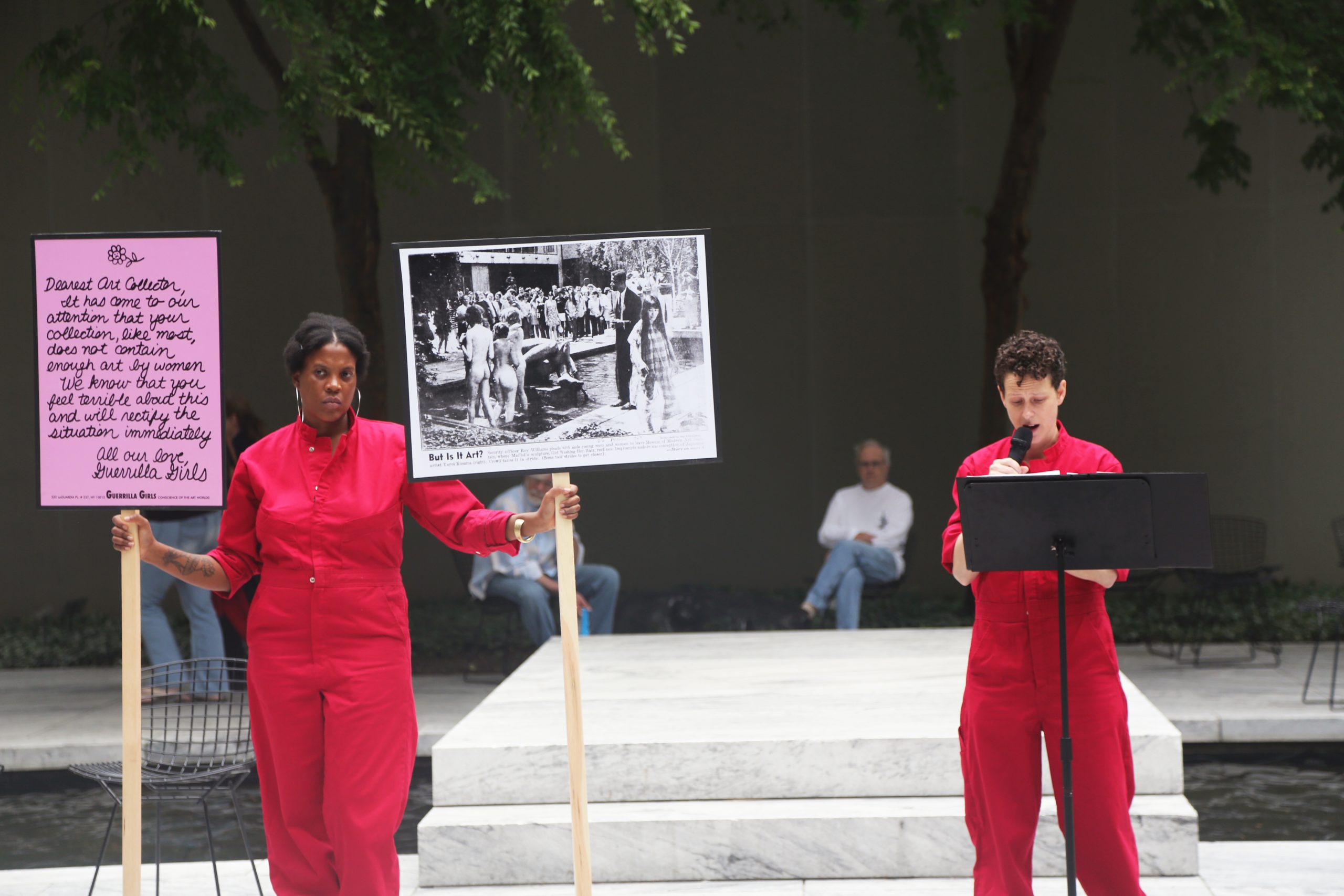 The Wexner Center at Ohio State University is now showing a massive exhibition called Gray Matters. Isn’t it fascinating how the French word grisaille plays so well into this mad world now; where we desperately crave seeing things in two clean, polished tones versus violent colour. But then again, grey isn’t strictly one or the other.  Can you discuss your feelings on grey as both concept and visual signifier?

Hmmm, Grey means business…hahaha. It’s a beautiful color and at the same time it’s neither here nor there. Interior design is in love with Gray as a wall color right now. I look at a lot of Interior and furniture design and gray is the color of the moment. It’s been that way for a good five or so years. Gray is the new beige in a way for our generation, and when I think of the majority of business workers, they usually dress in some form of gray. Gray pants, blue shirt or dark gray with a blue shirt or skirt. These colors are not offensive and they are soothing I guess in the midst of daily conformism and the office politic. It is a no-comment kind of color: a Fifth Amendment kind of color.

My work in Gray Matters at The Wexner is actually a text-based sculptural work that is pretty bold. I think the actual textual matter of it is gray for some, but not for me. The work is titled “Rupture” and it is a straightforward text that lays forth a congressional bill put forth by Rep Jon Conyars for the Congress of The United States to assemble a commission: to study the possibilities for reparations in the United States for the descendants of enslaved Africans during and after the period of slavery that lasted over 250 years. Here in the United States, those are ramifications we still see today via youth incarceration, joblessness, inferior housing markets and sub-par housing as well as police brutality against people of color. This is all tied to the historical lineage of slavery in the United States. I wanted to address that. 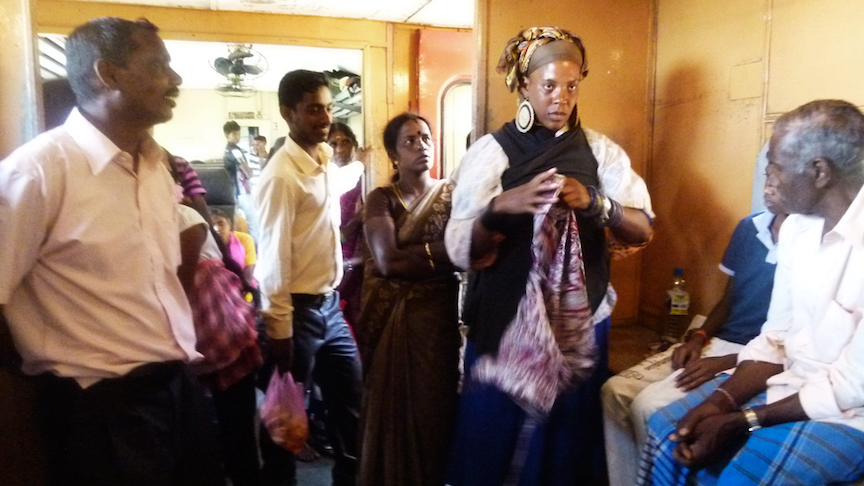 I have to imagine that showing with such leviathan artists like Marlene Dumas, Mona Hatoum, Kara Walker and Rachel Whiteread must feel pretty damned awesome. Do you suppose such power-packed shows with women artists are now a part of the mainstream-ed cultural dialogue, even at its beginning stages?

I suppose so. Yes, it’s great to show with this wonderful group of artists though I have shown with them before and I while I am younger in age then some of them I feel that my work is in line with them. They are all so mighty and I hope that my practice is reaching mightiness in some way.

It’s a real honor to exhibit with them all as I love all of their works.

I think that this exhibition is so well thought-out by the curator, Michael Goodson. It’s super smart and unique. I love that it’s all women and at the same time the work isn’t screaming all women or all men. It screams really good, thought-out work. I love that. It’s a process-orientated show and it’s an exhibition that is groundbreaking in that way. Perhaps because in its minimal color palette it explores the idea of “women’s” work into something more dynamic and complex then many of its predecessors…perhaps.

One last thing, please come say ‘hi’ if you’re ever in London. We still haven’t met in person!

Yes, I probably will come to London soon. I travel to Europe at least 2-3 times a year though often travel to Paris. London is on the list. I hope that you are safe there.. The world is such a different place then it was just a few short months ago. We are all connected in ways we never could have imagined before.

Walking Every Line: A Q&A with Xaviera Simmons