While some artists are pushing social norms, LA-based rapper and producer Vritra is ramming them with chill monotonic rhymes pillared by unconventional beats. In April he dropped his album FEMME, which channels abstract yet enchanting sounds into the depths of depression, toxic relationships and gender roles. Marinated in weird trap and a dash of jazz, FEMME finds a way to balance the theme of anticipating a lavish style with the artist’s relationships to men’s fashion and melancholy.

Vritra, who is also an original member of the hip hop collective Odd Future, sat down with FRONTRUNNER to discuss wearing two hats as a producer and rapper, who he listens to, and why he aims to sustain – not please.

In April you dropped your album FEMME, but you also collaborated with Wilma Archer to create Burd, which also dropped in April. When working on two projects that have similar timelines, does it inspire you to crank out more music? Does it push your music process further?

I honestly always have three to four projects I’m working on at a time. Experiencing life in general and working with other people leads to inspiration to me. I’m constantly working on things, and I put them into a release format later. For FEMME and Burd, I was working on both at the same time and the releases happened to end up that close.

On FEMME you touch on gender roles at times. Like, in Goldielocks, you rap, “I dye my hair and rock a choker and a skirt.” Is this what inspired the title FEMME?

I’ve always questioned gender roles. The men’s section/department in stores was always drab to me. That line is just to let people know it’s okay to be yourself and do what you want. The social norms of what a man or a boy should be are fucked. You’re not allowed to express yourself, or be emotional without being “weak” or “gay”.

Then, even in gay culture, there are boxes that people are limited by. There’s also a line where I address bisexuality. The whole point of bringing those topics up in a song like that, and this album as a whole, is to promote people being themselves. It’s okay to be feminine and be a man. You can do both. It’s okay to be straight and be into nails and other “typical girl things,” just as it’s okay to be gay and not be into any “typical gay things”.

You’re not only a rapper but a producer, as well. How did wearing these two different hats affect the creation of the album?

I’ve always done both. I started as a producer though. Whenever I make something I’m normally writing to it as it builds itself. It’s all expression and emotion. A lot of instrumentals I make already have the emotion captured, and the lyrics are just to make it easier to understand for other people.

There are instances when you rap about levelling up, but also depression. In Feel Better you rap, “I told you that I really want to die. So why you tryna make me feel better?” In Notch it says, “I’m finna cop another fucking spot / Yeah, I’m finna take it to another notch / I’m finna kill the parking lot.” What’s your advice to people who are struggling with depression and may lack the ambition to take it to another notch?

Feel Better was about a relationship that got to that point, we were both at the point of wanting to be dead. Nothing mattered. But, as twisted as it may sound, if you love someone that deeply and that’s all they requested from you and you could see it in their eyes, would you do it? It was that, but on both sides. The song was originally titled “Really Want to die,” but I redid the beat and made it more positive to hide that negative emotion. Notch is a whole different thing. It was from a session with Red Bag and Huey Briss from a while back. Just some rap shit. We’re all pushing envelopes I feel. It’s reinforcement of that. That hook was Red Bag, I think we were just tryna match his energy.

As far as advice though: make music for yourself. It didn’t click to me until I started thinking, “do I like this?” “Would I like this in 10 years?” “Would my son play this for his friends when he’s older?” Your work is your legacy, and everyone moves at a different pace. Just because someone “blows up” doesn’t mean that it’s their place to sustain. Aim to sustain.

The four-part FEMME visual and the album share a lot of characteristics, especially thematically. How do you see the sound and visuals working together on this project?

The visual was meant to be a short representation of the album. Sometimes it’s easier to “show” themes. Everything was on purpose. Both are also a reminder that in the search for community and companionship, sometimes things can be toxic or end up toxic in some aspects.

What artists inspire you? Who were you listening to when making this album?

As for what I was listening to at the time though, most of FEMME was produced while I was working on my previous solo project, HAL. But Steely Dan, Gunna, Young Sparks, Anita Baker, Vanessa Marquez, Wilma Archer, and a lot of Lisa Stansfield, I’m sure. I really hate that most of what I’m inspired by is unreleased.

You worked with a lot of people on this project, including Beto Sparks, Tyler Major, and Tequila Mockingbird. What are some of your favorite collaborative moments when making this album?

It’s all friends. There wasn’t much thought. There never is. Every time I’m around any of those people I worked with there’s often a collaboration. We just make things, and most times I never tell anyone what I’m using it for. My favorite parts were getting to work with the elements alone though, honestly.

When producing, what instruments and sounds do you find yourself being drawn to the most?

Synths and percussion. The Neptunes were a big influence. So I’m attracted to a lot of space “feeling” sounds. Electronic drums and sound manipulation is interesting to me too.

Check out FEMME on streaming services. 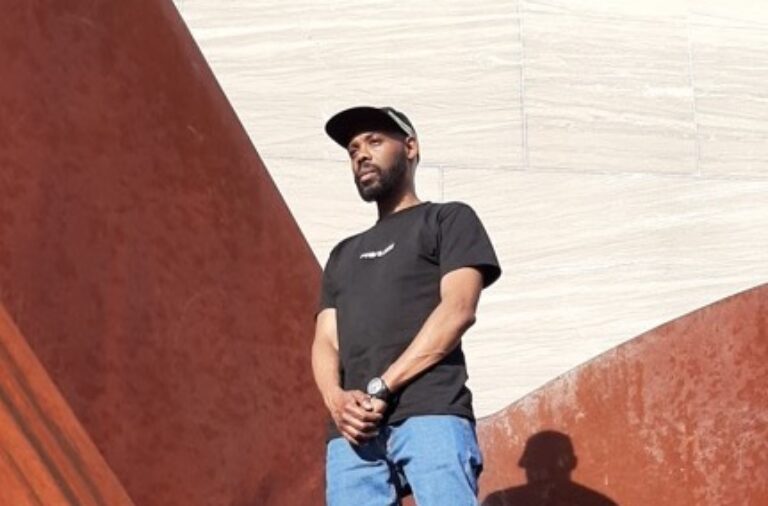