[vc_row][vc_column][vc_column_text]What was once just a group of Cambridge (UK) students having a good time has exploded into a new and niche phenomenon. And yet, throughout a long series of pinch-me moments, Sports Team has remained true to their uni-band roots. Night after night, they’re doing the impossible: filling arenas and stadiums with the energy of a tightly packed frat party—and, on occasion, filling tiny Brooklyn dives with that same stadium-sized performance. In a popular soundscape of austere ballads and teenage angst, this guitar band is just trying to have a good time. After all, at the end of the day, they’re just six lads on a never-ending tour.

To accompany this US leg, the band dropped their second EP of the year, Making Hay. This is all before heading back to the UK for another tour and another record. With great fortune, I was able to witness first-hand the “carnival” that is a Sports Team show at the intimate Brooklyn venue Baby’s All Right. It was, without a doubt, the most lively Tuesday night I’ve ever seen. While most of Brooklyn was asleep, Sports Team – with their most avid fans, and I – sang, we screamed, we danced and we moshed. We partied like there was no 9-to-5 tomorrow. Somewhere in all this chaos, frontman Alex Rice found time to sit down with FRONTRUNNER and discuss the many albums, the many tours, and the party that happens in the cracks between them.

So, you’re about to start another tour in a few weeks, right?

Yeah, we’ve got about four tours coming up.

And you just had one! It feels like you guys are always on tour.

You just released an EP earlier this year… and now you’ve got another coming out.

Yeah, and we’ve got to finish the album as well.

Not a fan of slowing down?

No. It’s tough, you know. I think we’re one of those bands that’s sort of–live always comes first. It’s always what we’ve wanted to do, since day one. And nowadays, you’ve got a lot of bands who are maybe studio first. But that’s always been the whole ethos really.

So, it can be a bit hard to get the tracks together. But it comes quite quick because we write from this live perspective where it’s, “Ok, can you get a vibe going? Can you keep the energy up?” And we’ve got a lot more song-y songs that we don’t necessarily play live. So we’re excited to put those on the album.

How do you decide what’s an album track as opposed to what you play live?

It’s quite different, actually. Some of the tracks that we’ve put out, like “Fishing,” it’s quick. It’s quick, and it’s about getting kids going and getting them moshing out front. We don’t wanna play for much longer than an half an hour. There was a Ramones interview before their Glastonbury set, and they were like, “You know what? People get bored after half an hour. Just give it your all for that.” But live, you can make a statement. You can write songs that are like, “This is what we’re about.” These sort of manifesto songs. But we want the album to be all new. We don’t just want to stick a bunch of old tracks on it.

And what is it about performing live that’s so exciting for you?

I think there’s a lot of measures for success at the moment. When you talk to your label, you can talk about streams or radio play—whatever it is. But for us, the only bit where it’s very, very, tangible is when you see a certain amount of people in front of you. But it’s more than that, because we recognize that guitar music’s not this wildly popular genre at the moment. It’s quite niche. It’s quite subculture. And I think there’s a lot of bands that will just turn up and be like, “Oh, here we are, six lads with guitars, listen to this.” But for us it’s always been about building live events. It’s this sort of carnival. People will really make a day of it. They’ll get all dressed up in all their outfits. We get a lot of support, so we know they’re like friends rather than just people that we plucked out of nowhere. And, in London and the UK at least, we’ve been able to do some massive, massive shows—which is great. But we started at Cambridge University. I don’t know how your mates are, but none of our mates ever really wanted to go see gigs. It’s not something they do. Like, they’d go to the local club and listen to dance music—whatever it is. So our really early gigs, we had to do more to entertain them as well. It’s always about putting on a show. You do a dance, you perform, you put some weird acts on, you tell jokes. It’s always, “Can we hold the attention of people who don’t necessarily want to be here–who don’t necessarily want to listen to guitar music.”

You talk a lot about guitar music being this niche thing that people aren’t really looking at, but it seems like you’ve got a lot of people looking at you now. Do you have any idea what that’s about?

I think in the UK, and in the US a bit, you see a lot of bands come through like IDLES, Shame, and Fontaines D.C. They’re sort of our peers, they’re the people we’ve come up playing with. And I think, in London at least, people see us as this antidote to the quite political, quite angsty, angry music— which is brilliant, like we listen to it as well. But for us, we’ve always wanted to romanticize what we often see as a quite boring, prosaic world around us. And so to send things up, and make them beautiful, and make them wonderful, I think it has more of an uplifting feel to it.

It always gets cool again when it’s small and unpopular, you know? Because as soon as it’s cool and cult, people really love it.

Do you think it has anything to do with nostalgia? You know, in this pop culture moment of reboots and throwbacks and all.

I think what you do see–which I’ve never found that heartening–at a lot of festivals you’ll see these big acts dragging out these old covers from the 80’s. And for me, I’ve always found that quite depressing. It’s sort of like, “Get your own culture, build your own culture.” And so singing a song that’s a throwback to [Ashton] Kutcher is a bit of a take on that. But in a humorous way with laughable lyrics.

Speaking of humor, there’s a lot of that in your music, but a lot of pathos as well. How do you find that balance?

I think the way we’ve always written, the way that’s always come most naturally, has been sort of writing as characters. There’s a poet we really love called John Betjeman, he writes about Middle England, and he does very much the same. I think that’s always the best way to confront an issue and do it with humor, but also do it in a serious way. I mean, a lot of the characters, like the one in “Kutcher,” are people feeling this immense sense of angst.

I think we never try to take ourselves too seriously. I’ll say it’s more sardonic rather than comedic. It’s sort of a dark humor. I don’t think we’d ever want to be construed as, like, a silly band. It’s always got a serious point.

I also feel like it has to be connected to this “live first” mentality.

I think so, and I think that sort of helps as well. If you arrive from the perspective of being characters, in this Betjeman way, that will take a new life on stage when you perform it live.

“Fishing” is a really good example of that.

Exactly. And I think that reflects the way that it was written. We were all just sitting there jamming like, “Let’s make this quicker… louder… angrier,” and just put as much spirit–kind of bottling it up–and put in the song.

How is it being in a band with your best mates?

I wouldn’t have it any other way. I think we’re quite unique in being a group of six mates who’ve all got quite different, big personalities. We’ll fight in the studio, but as soon as you get on tour you feel like you’re doing exactly what you’re supposed to be doing.

What are you most excited about with this next tour coming up?

We can’t wait to get back to the US. New York’s always amazing. But we’re really excited to just drive around the country, see some national parks. We’re also playing this venue in London called The O2 Arena with Two Door Cinema Club, and then we’re doing our own show at The [O2] Forum in Kentish Town, which will be the biggest shows we’ve ever done. So we’re just trying to figure out ways to make that an even bigger carnival, an even bigger event.

What’s been the biggest carnival, the biggest event, the most fun moment of 2019 thus far?

Well, moment-wise, I always like the ones where you get a bit of a surprise. So bizarrely, one of our tracks just got a lot of traction in Holland and Belgium. So we turned up there for our first festival over there thinking, “Oh, okay, well it’s going to be quite small—we’ll see what happens.” And then ten thousand people turned up. It’s moments like that that feel like you’re not really doing anything.

Do you really feel that way? Like a lot of this is just entirely out of your control? 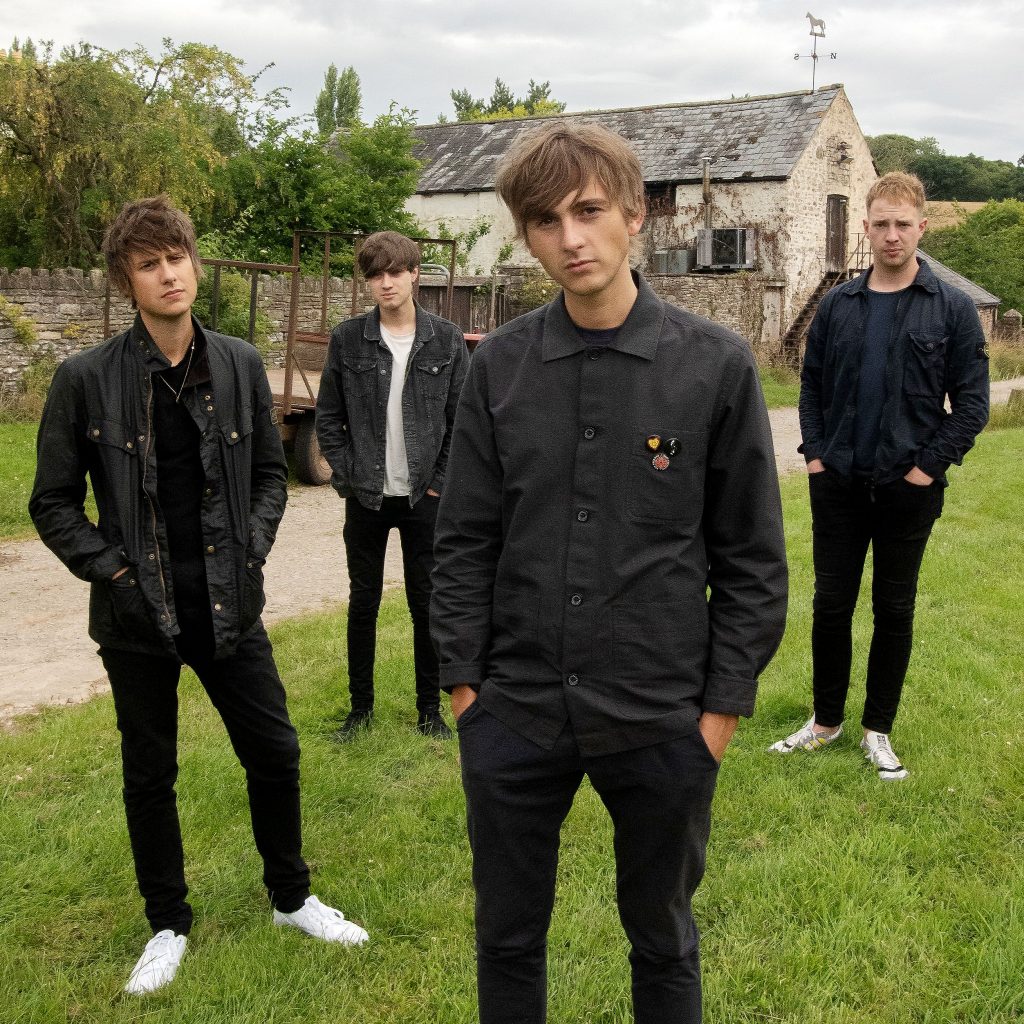 British rock is not going anywhere but up, and The Sherlocks are here to show you why. With anthemic alt-rock choruses, they are a festival… 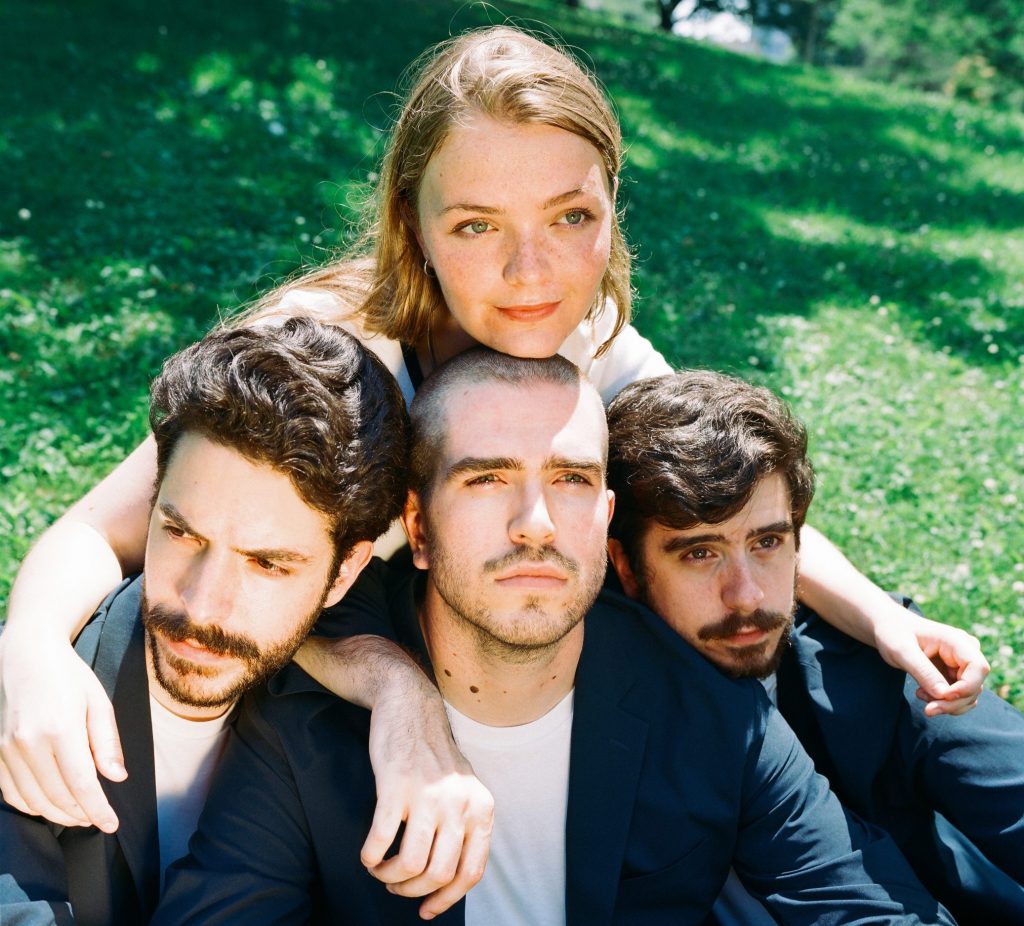