Rebecca Moccia (b. 1992), a Neapolitan but Milanese artist by adoption, graduated in Sculpture and in the History of Art Criticism in Milan. Moccia had her beginnings in Milan, in ViaFarini, DOCVA with the collective exhibition organized by the students of professor Gianni Caravaggio in 2012. After some research on the Brazilian avant-garde at the Museum of Contemporary Art (University of São Paulo, Brazil), she opened “Sempre più di questo” (2015), her first solo exhibition at the Galleria Massimodeluca in Mestre (Venice) curated by Lorenzo Bruni. She then started exhibiting with other projects in galleries and museums in Rome, Florence, Verona and Milan, as well as many group exhibitions in Italy and abroad.

FRONTRUNNER speaks to Moccia about her past work, and a special collaboration with Galleria Mazzoleni (London/Torino) alongside the iconic, late founder of the Nouveau Réalisme movement, Mimmo Rotella, at The Armory Show 2020.

First, how is the life of an artist at the time of COVID-19?

I am participating in Castro Project, a studio program in the Trastevere quarter in Rome, where artists participate in a series of activities by presenting their artistic technique for a few months. But due to this health emergency, we are working online.

What will the project foresee?

I am making a romantic, melancholic map with stories from the artist’s mythology: before physically visiting some places, I thought of mapping them, so they take on a particular mystery before experiencing them in person. Then I had another project in Milan at the ‘Casa degli Artisti’, but this was also postponed. This is a historical place occupied in the seventies by Fabro and Nagasawa, and it has been restored to create a multidisciplinary space.

What relationship do you have with social media and the Internet?

As a sculptress I am very intrigued by the Web. With Instagram, for example, I am interested in investigating some digital dynamics, not only physical. The comparison is very important. On 8 March for the occasion of International Women’s Rights Day (on the Instagram profile for Galleria Mazzoleni), we launched ‘Sharing Loosing’; a site-specific project focused on the digital image in JPG format.

Tell us about the project.

The digital image, copied and shared several times on the net, loses its pixels every time. If you think about it, the same thing happens with our memories; with the passage of time, all our visual memories lose contact with reality, losing their original appearance. What remains in our memory is only a vague image. The same thing happens with the news: some lose the truth as already happens on the net. Even images that are immaterial eventually become material because they lose uniqueness.

How did the collaboration with Galleria Mazzoleni come about?

By Daniela Ferrari. In 2018, the first exhibition launched at Mazzoleni in London with ‘More than words’. Then, there was the participation at Artissima 2019, and finally this year at the The Armory Show in New York.

“The Mazzoleni Gallery has always believed in Italian artists of different generations and lately it is strengthening its work with younger artists,” explains Gaspare Luigi Marcone, an artist and curator who collaborated on the Mazzoleni project for The Armory Show 2020. He continues, “Rebecca Moccia’s research establishes a new dialogue, for example, with works by Mimmo Rotella, Jannis Kounellis and Mario Schifano, composed of paper materials such as posters, paper cutouts or newspaper sheets where the iconic element is also fundamental and minutes as well as a reference to urban everyday life or historical-artistic evocation.”

About Mimmo Rotella, protagonist of Nouveau Réalisme and Pop Art for his advertising posters created with décollage (the opposite process to collage). Do you see yourself in any way in its production?

I use blueback paper, and for me it’s interesting that it’s not seen, because I don’t think there is a single vision of the world. At the Museo Novecento in Florence, for the ‘Da qui tutto bene’ project by Sergio Risaliti (in collaboration with Mazzoleni), I used blueback paper: the paper leaves the part usually reserved for the image hidden from view. I work a lot to make visible what is invisible and instead, Rotella did the opposite. Obviously I admire him a lot as an artist.

If you had to say it with a word, what do you want to convey with your works?

Relations. I am a sculptor and I work a lot with space, and therefore site-specific. The experience of the user with the work must be with life and with the environment: a ‘hyper-experience’. The work must be experienced as a daily matter and not an escape, but an ordinary, spontaneous relationship between place and situation. My primary objective is to construct a work, and those relations are only a part of this process.

After this quarantine period, what are your plans?

I was born in Napoli and as a child I moved to Pescara and then to Rome. Napoli is a scene that interests me a lot, but I have not yet had the opportunity to work there. 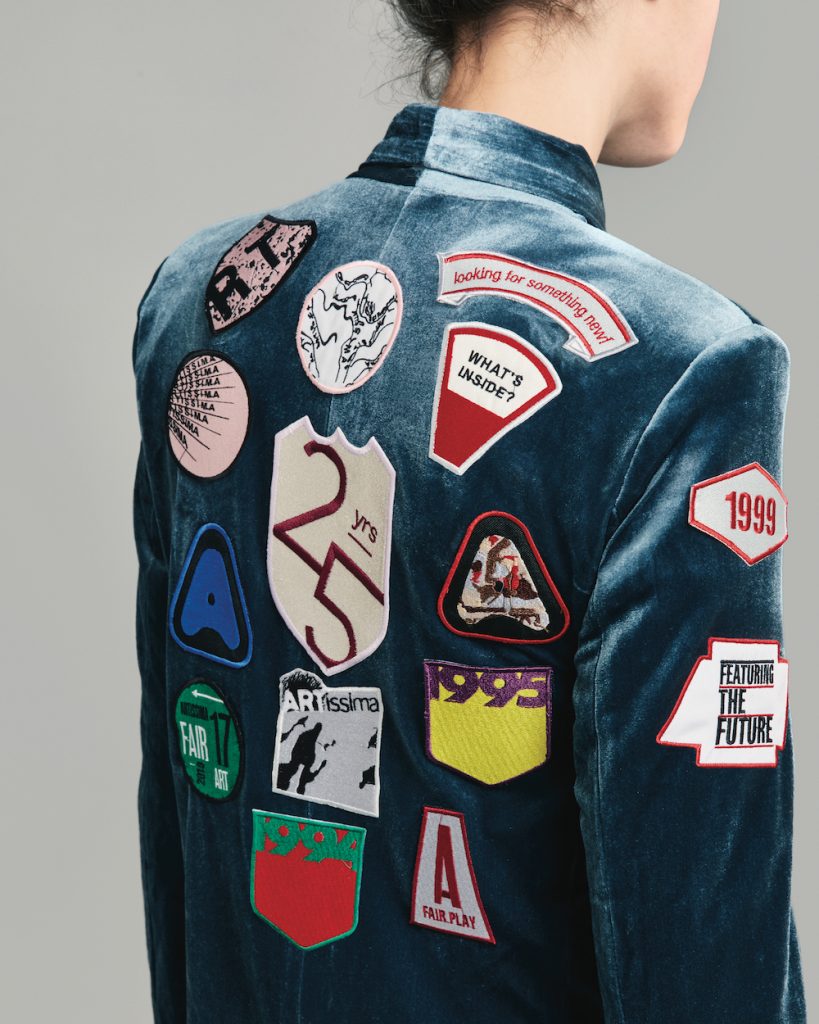 The 25th edition of Artissima, the international contemporary art fair in Torino, was held from 1 to 4 November 2018 and was directed by Ilaria…