Artist Nathan Ritterpusch employs the aesthetic of the American dream, his female physiognomy portraiture has a reminiscence of Valley of the Dolls. He gets the inspiration of his subjects from covers of men’s magazines in a series he calls “Old Enough to Be My Mother”. The enticing quality of the paintings have a retro sentiment, and as Nathan says, reminds him of his mother because she was his first love. His other earlier series “de-lir-i-um” touches upon discrepancies of fantasy versus reality, with an almost trance-like illusion into a mystifying world. Nathan continues to create pieces that cross the boundaries of convention while capturing universal themes of beauty and allure.

Your series “Old Enough to Be my Mother” has a very commercialized feel to it because it was inspired by cover girls featured on the cover of men’s magazines. Did you feel connected to these women in some way and why?

The Old Enough to Be My Mother paintings began when I was working a job in Baltimore after art school. A coworker’s husband died and she brought in all his old nudie/pin up mags from the 60’s. I was just drawn to them as images and it occurred to me that these were women who were contemporaries of my mother. I liked that idea of humor and taboo combined with the genuine attraction and curiosity. The images and the actual magazines were markers of a specific time that was exciting and elusive. They were a unique and curious glimpse into a time that was difficult to access at that point. In 1999 the all access pass to imagery via the Internet was not  apart of mainstream culture. 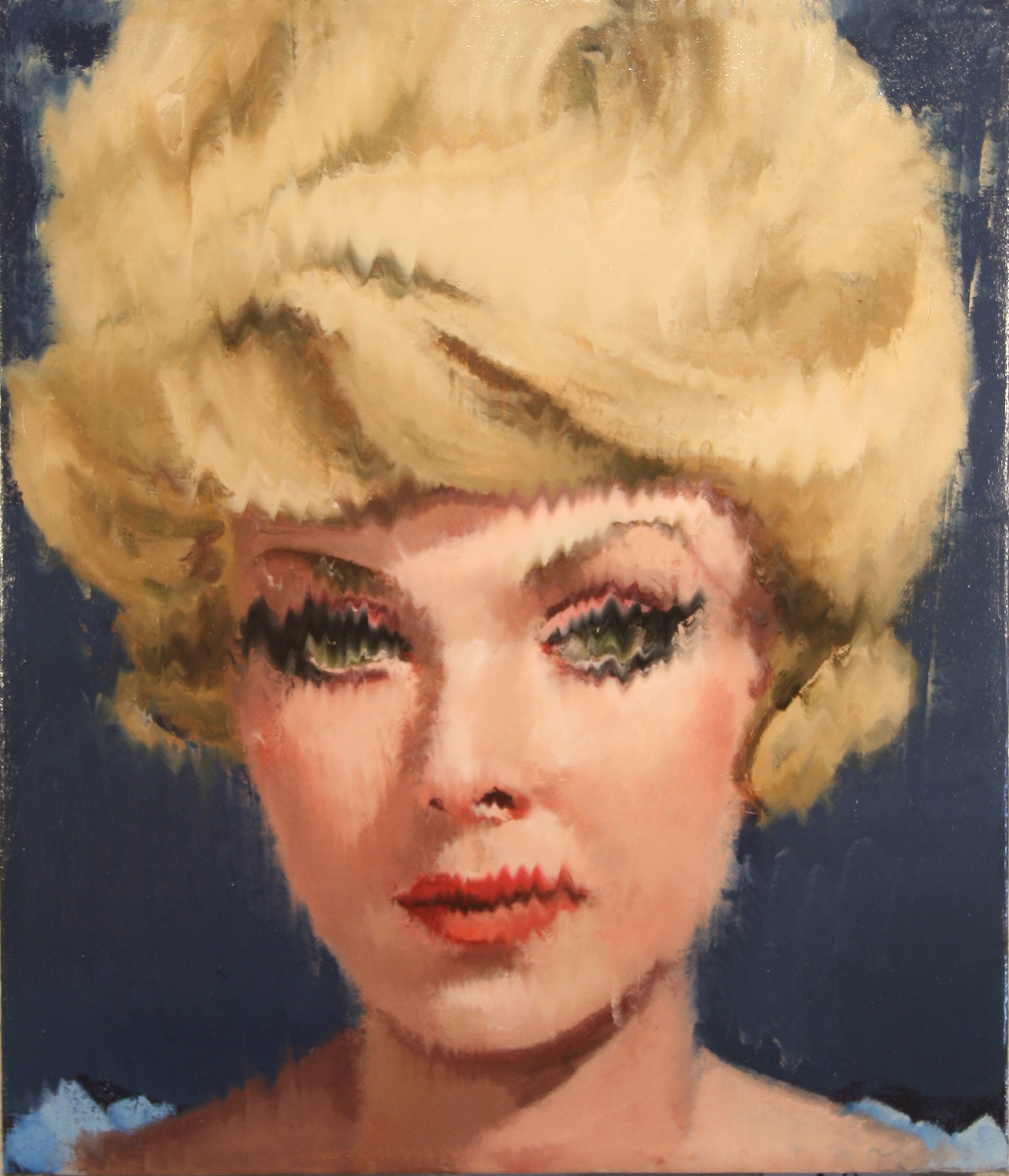 How did your relationship with your mother impact this series?

Like many children my first love was for my mother. I couldn’t articulate it as a romantic love but I sought her affections and saw my father in part as a rival. So when I encountered this type of men’s magazine in my early 20’s for the first time and saw hair styles and fashions from that era it made a distinct  connection. A mixture of mischievousness and genuine fondness for the material was there

What is some of your other work like and where do you get inspiration from?

The Old Enough series is something that gets revisited every couple of years and a new batch emerges often with some subtle changes in the paint handling. During that time other series are the focus. Those are larger works typically with a more narrative component and an emphasis on combining images and painting styles in unexpected or contradictory ways. There are abstract components but they are primarily representational oil paintings on canvas and more recently mylar. In the past it was important to me that most of the images be based on photos I personally took but now it’s a combination of that and found imagery. 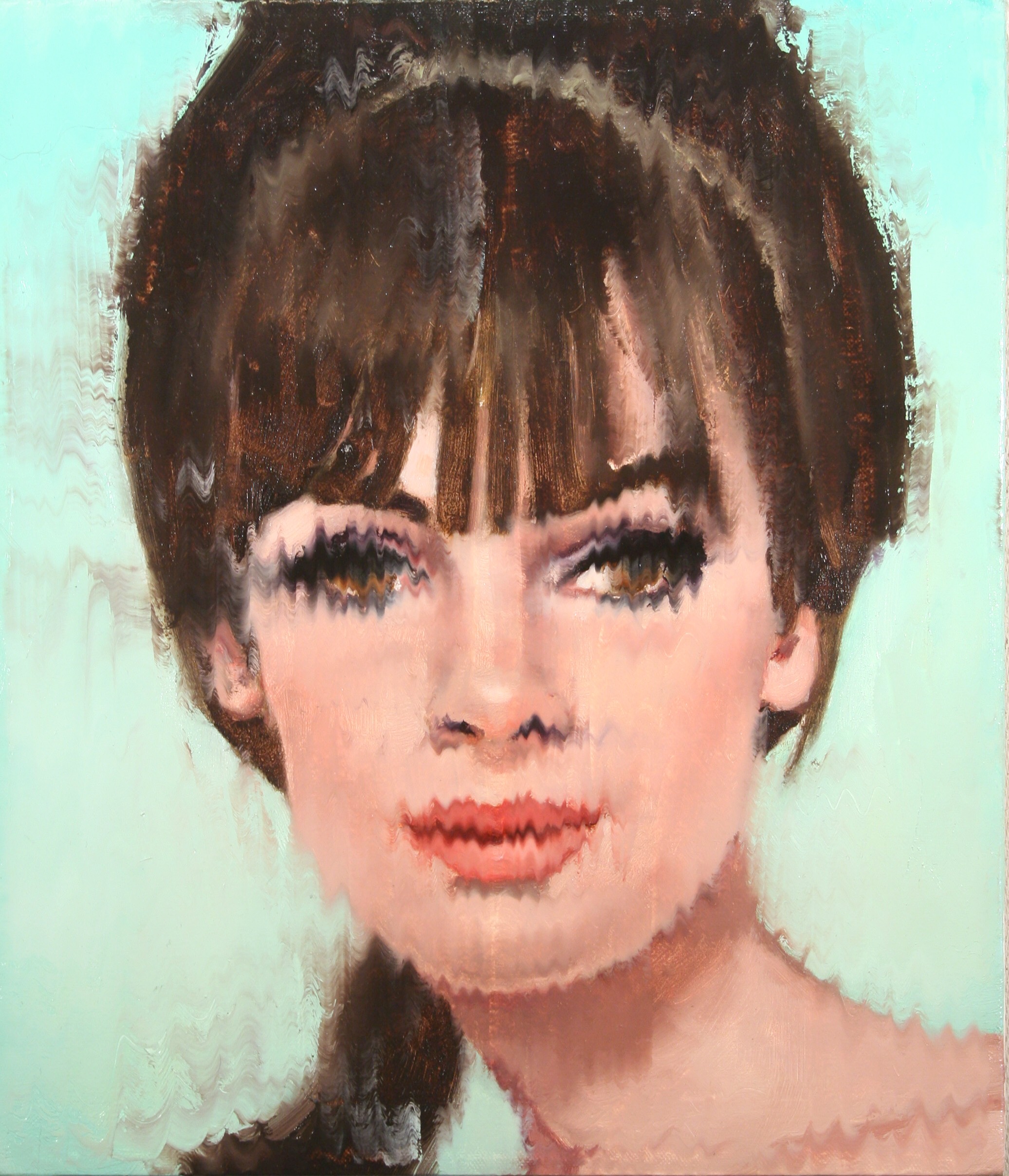 What’s the best thing about being an artist?

The best thing is also the worst thing and that’s the uncharted path. Breakthroughs and discovery are very rewarding but those come through a lot setbacks. Balancing unstructured time is a challenge too. But when you sell something and someone really appreciates what you made that’s  deeply satisfying.

What is your goal as an artist in terms of audience-wise and future endeavors?

I went through a period of trying to think about an audience and l think the work felt second guessed. Presently I’m trusting my instincts and trusting that if I’m compelled to paint it then there is good reason.

What will some of your future work look like?

Each painting is building off of the lessons learned from the previous one. I intentionally try to make each piece address and solve new problems so there is often quite a range within my output.

Nathan Ritterpusch: Covering the Allure of Her Coveted Beauty