What happens when a little girl obsessed with music spends her life traveling all over the world? In the case of now LA-based singer Naïka, she grows up to serenade her listeners’ ears with global sounds they may not have heard before in pop music. In August 2019, she released her single “Déja Vù” along with a lyric video that makes it hard to avoid dancing along with her. Pulling sounds from her own family’s Caribbean culture, as well as sounds from the African and European cultures she encountered as a child, Naïka isn’t a typical American pop artist. She’s here to bring her own sound…and maybe even do it in French.

Naïka talked with FRONTRUNNER about “Déja Vù” and how her unique background, including her experience at Berklee College of Music, influences her songwriting. She also spoke to the influence of culture in her fashion choices and what the term “world pop” means to her.

When I saw you were born in Miami I got excited because I’m from Broward County, and though Dade County seems to always try to throw shade at us, I think Miami is bursting with culture. What part of Miami do you think you bring to your music?

I definitely agree that Miami is a crazy melting pot, which I absolutely adore. From my experience in the U.S. so far, it’s unlike any other city in the country. It doesn’t even feel like you’re in America. There are so many flavors to the city, from the mix of all the different Latin-American cultures, to the Caribbean presence, especially the Haitian community, which holds a special place in my heart. This cultural significance has been a huge influence for me when it comes to my music.

You’ve traveled all over the world, and your parents hail from Haiti and Madagascar, respectively. How has culture from places outside of America affected your love for music?

I’ve always been obsessed with music. My parents both come from countries where music plays an important part in the culture. From an early age my mom would have to sing to me for me to do pretty much anything, from taking a shower, [to] eating or going to sleep. Growing up, my parents only listened to world music at home, whether it was Haitian/Caribbean music, African music, or any traditional records from the country we were living in at the time. My dad also enjoyed some French artists that I consequently grew up listening to, but I was only really introduced to the music of all the bigger Western icons–like Stevie Wonder, Prince, Queen, etc.–much later in my life.

I read that you like to call your sound “world pop.” Do you mind sharing what you mean by that?

Definitely. I call it “world pop” because it merges my love for pop music with the love I have for my roots and the world music that I grew up with. My music is influenced by the Afro-Caribbean, European, and other “worldly” sounds and rhythms that have shaped me into who I am today.

On “Déja Vù” you sing part of the song in French. This isn’t your first time singing in a different language. You also covered the popular Haitian song “Papa Gèdè (Bel Gason)” in 2016. What role do you see language playing in music, especially using more than one language in the same song? 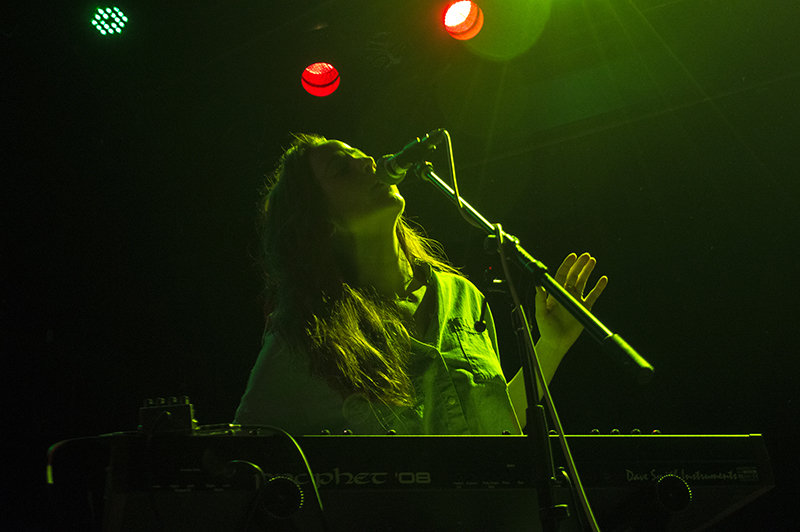 This is the third or fourth iteration. You watch an old music video now and literally I’m the only person in it that’s still in the band. On a personal level it’s kind of strange, but people are listening to the music..