Tell me about the layers,  I feel like there must be some kind of controlled chaos with your recordings.  It’s magical.  Especially on  “Killing Me’.  It’s very striking.

Stephen Mortensen: Lon Lon’s layering aims for simplicity. It’s rock and roll. There’s an honesty we’re always aiming for, like the kind you hear on early 2000s records like “Whatever People Say I Am, That’s What I’m Not” by the Arctic Monkeys and “Is This It?” by the Strokes. So when writing the songs, as the lead guitarist, I’m always looking to write the second guitar part from the perspective of, “How huge can I make this song right here, right now” instead of relying on studio magic to get us there. Everyone in the room seems to vibe on that same objective and it got us somewhere very musical with as few parts as we could manage.

You balance a west coast psych and loose rock sound with relative ease.  Does this come from playing live or rehearsing?

Stephen Mortensen: I truly believe that a band should have a driver; someone has to be at the helm establishing an aesthetic. Our sound comes from honoring our singer, Quinn’s, original ideas. What I don’t believe in is virtuosity– I always play for the song, to a point where Quinn didn’t even realize my lead guitar part on “Reservation” was acting as a call and response to his vocals until we started mixing down the EP. During rehearsal it just always sounded like some controlled wankery (which I honestly didn’t lock in until we tracked drums in the studio) and when we all took a step back, our mosaic started to make sense. The thing is, it always had a shape, Quinn’s sound is the heart and soul. And if Lon Lon comes across as a hybrid genre, it comes from a diverse group of dudes trying to support one man’s signature.

How did jams like “Reservation” come about? It has this exploratory opening and then steps up into this solid backbeat rocker?  I can imagine that it is fun to play live now either way!

Quinn Dean: Let’s see… It was late 2016, a few months before all the members of Lon Lon would come together. James (drummer) and I were eating pizza and jamming in his studio. I’m not sure why I started playing that riff from the intro but I think I initially saw it as a finger exercise. James said “That sounds cool. Let’s do it.” I wasn’t convinced at first, but his drumming inspired me! We jammed out the whole skeleton that day; most of the stream of consciousness lyrics and “ohwoahwoahs” are from that first take. I think that the concept of connecting and comparing two apparently unsimilar ideas in the same song is really cool. It’s an idea I became enamored with from listening to a lot of math rock and a bit of jazz fusion, and I wanted to make that work for a particular indie/alternative arrangement. Danny and Stephen later made the song very catchy and melodic.

Tell me the story of Lon Lon.  How has the band developed. Do you have a strong relationship between your live and recorded sound these days?

Quinn Dean: Everybody in the band are friends of mine who I musically admire. I met Danny (bass) online a few years ago, and we’ve sporadically written songs ever since then. I met James while we were both working at Uhaul, then I met Stephen through my cousin Asha soon after. I liked Stephen’s music, and we both seemed eager to start a band. I didn’t have much to offer his sound, but he had a lot to offer mine, thus, I became Lon Lon’s primary songwriter. We wrote “Killing Me” acoustically, then brought it to James who helped us flesh it out. We then wrote “Bulletproof” and “Drifter”. Then Danny joined and played some delicious bass licks and we recorded an EP. We have yet to play a show. However, I think one of the essential points to Lon Lon is that the recordings and lives would sound similar.

What do you have planned for the year?

Quinn Dean: Lon Lon is slowly and surely writing new music as well as putting a live set together. We’ve had to replace our beloved drummer, James, which has been a set back but I think we’ve found the guy. We have a few opportunities and invitations to play shows, so hopefully you can see us play soon!! 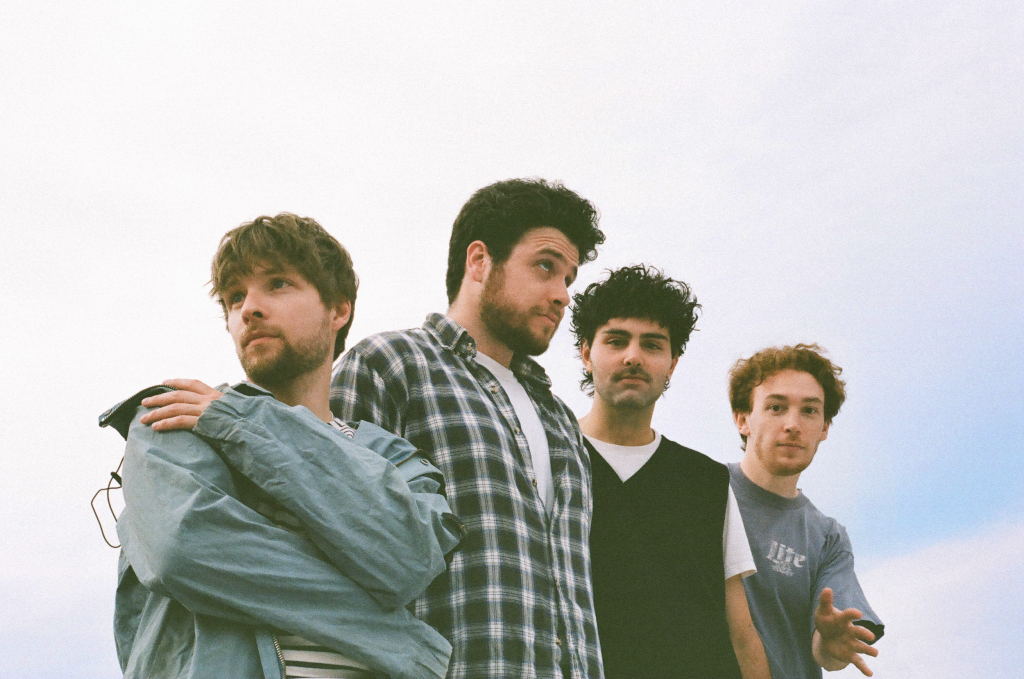 Loose Buttons released their debut album, Something Better, right before COVID-19. With the world unraveling, the band used lockdown to learn and grow.