Lemia Monet Bodden is a fine art photographer and filmmaker from San Francisco currently based in Brooklyn.  She has been a good friend of ours for a few years now.  We are proud to show the inspiring work that she created for the disaster relief organization Respond and Rebuild as they offered support to neighborhoods of the Rockaways that were hit the hardest post-Sandy.  FRONTRUNNER caught up with Lemia Monet Bodden to talk about the project.

How did you find Respond and Rebuild?

When Sandy first hit NYC,  I volunteered the weekend after the storm.  Out of the blue, I got an email from my friend, Nick Carbonaro, asking me to come out and photograph what Respond and Rebuild was doing. He said they planned to turn the photographs that I took into a photo book for their Kickstarter as an award. I was elated, because I wanted to find a way to help out and I was using my talents to do so!

Describe a typical day while capturing these images?

Back in November and December, I would wake up at 6am on Saturday (or Sunday) and catch the bus towards the Occupy Sandy HQs. I would ride with the other volunteers from Respond and Rebuild in a passenger van and meet up with Nick to plan what needed to be shot for the day. It was freezing, so I was completely bundled up. I would catch a ride to the houses being worked on and take pictures of the volunteers, core members of R+R, and the damage and debris from Sandy.

What choice did you make with B+W?

I have been shooting B+W, medium format, for the past three years. This is the medium that I have chosen to do my fine arts photography, so it only seemed natural to capture what was going on at that moment, sort of like an archival outreach of what plagued NYC.

Do you have future plans for the project?

I submitted the photographs to an open call at two museums in NYC and I hope to be able to sell the book for Respond and Rebuild in one of those museums. I have been thinking of doing a fundraising exhibition for the book at my friend’s gallery as well.

Tell me a story of some of the characters you have worked with in Rockaways.

Well, there was Shanna, who spent a year volunteering in Haiti. Her friend and fellow Respond and Rebuild member, Ian, called her to join him in helping out with Sandy.  Katie and her boyfriend, Matt, dropped everything and drove down from Vermont with water pumps, bringing them to the Rockaways. Pastor Dennis, the lovely pastor who allowed Respond and Rebuild to keep their headquarters at his church, stripped the first floor of his house after it was completely flooded. Terri and Gabby, another Respond and Rebuild couple, allowed nine people to sleep in their one bedroom apt while everyone was organizing and rebuilding the Rockaways. Nick, who has worked with R+R from the beginning as a volunteer with videos, demolition work, mold remediation, and PR, use to live in the Rockaways and moved two weeks before the storm hit to Austin, TX. He flew immediately back and started to volunteer like crazy with the rebuilding of the Rockaways.

Are you showing your work in gallery’s in New York right now?

I have shown some of my Sandy photographs at the New York Photo Festival and have been accepted to a juried exhibition at Vox Populi (which was all last month) and an exhibition at Garrison Art Center in Upstate New York (which is in September). 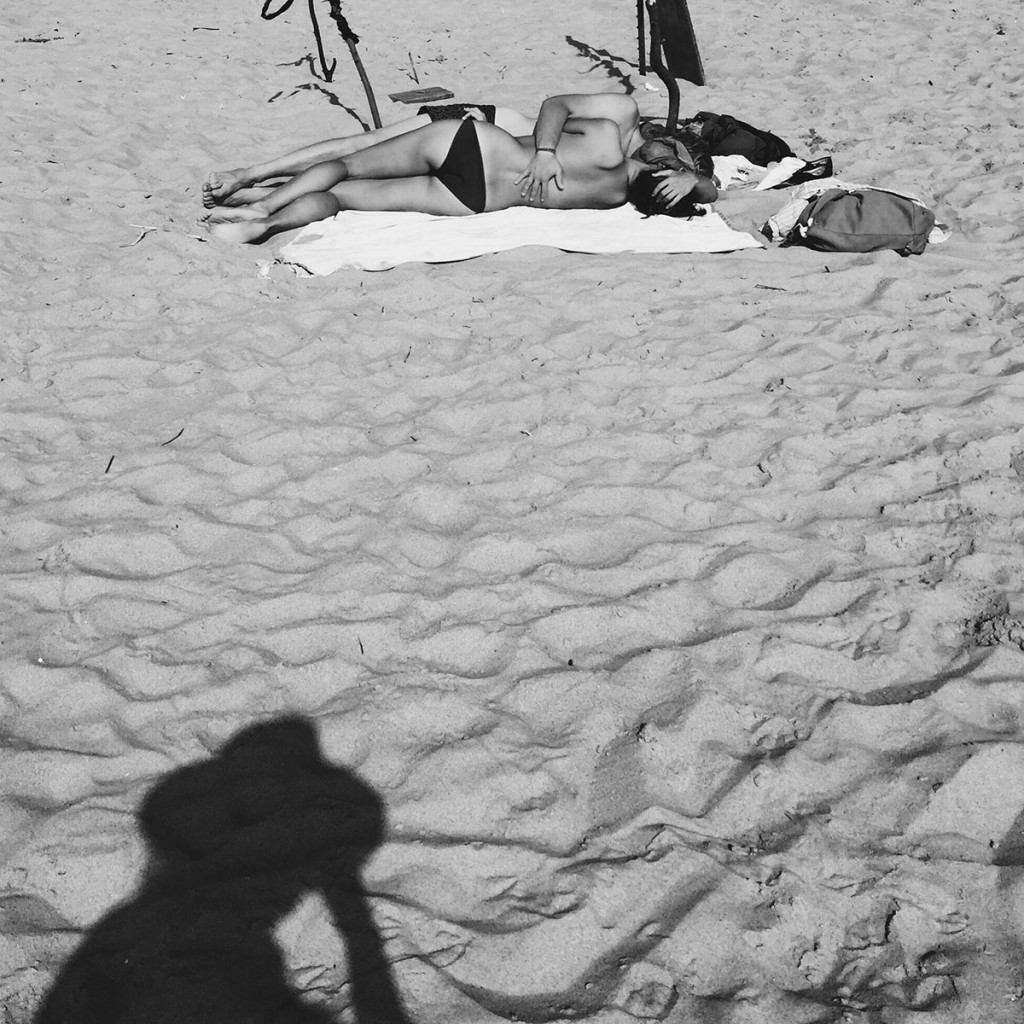 I have observed a human behavior that changes at the beach. There is something different about how we interact with each other there, especially how couples interact. I am looking for something specific that just does not happen on the subway or in a park.