When someone says “The American Dream”, we think of a white picket fence. But the expression “Chinese Dream”? We won’t know where to begin thinking. ASCENSION, director Jessica Kingdon’s debut documentary feature, was nominated for an Academy Award. It explores the ever-growing class divide in China, thanks to society’s toxic arrogance to forever crave more. The film observes capitalism and consumerism in China through the lenses of workers who make these terms possible and real in Western societies. The visual excess of disposable products and inhumane manufacturing conditions force us to reflect on the consequences of our inconsiderate materialistic actions. Told without narration, Kingdon’s film is a journey down (or for some, up) the social ladder.

FRONTRUNNER sat down with Kingdon to explore the Chinese laborer’s unreachable fantasy of an affluent life, how sex dolls are a luxurious pleasure for some – but means of survival for others – and the paradox of China becoming a ruling economic superpower at the expense of not just the planet, but basic human living circumstances and the freedom of identity.

Your debut documentary feature, ASCENSION, is quite the eye-opener about certain “dreams” lived differently by different societies. Can you share what motivated you to create a film based on consumerism fuelling global capitalism in China that’s told in an almost Orwellian way?

In 2017, I made a short film called Commodity City, which takes place in the largest wholesale mall in the world in Yiwu, China. It’s the wholesale mall where most of the disposable, cheap “Made in China” goods come from. I was drawn to this place for its visions of consumer excess, but also for the unnoticed human moments that take place behind the scenes. We all have a connection to it, yet we, living in the physical and consumer world, don’t see this relationship. I wanted to create a film that offers viewers a visceral sense of the place and heightens this feeling of intimacy and alienation happening simultaneously. After completing Commodity City, I felt there was more to talk about and to discover the hidden economies that power our day-to-day lives. I believe that the film is also a reflection of Western countries when understanding how capitalism is one of the main motivators for humanity. The aim is to recognize how people try to make meaning out of their lives.

When I heard that the factory doesn’t hire anyone above the age of 38, I couldn’t help but think that human labor is treated exactly like machines at the factory. As soon as machines become dated, there is a new and younger version on the market. The same applies to the workers. They are dispensable and are only desired until they function a certain way. Was this the intentional message?

In that scene, we are talking about the lower-wage labor market where people are looking for jobs at tech companies such as Huawei or Foxconn. It demonstrates the source from where our tech-dependent lives are powered. That’s the low-wage labor and at the end of the film, I show an earth mineral mine where they use the minerals to make technology such as smartphones, flat-screen TVs, etc. The age restriction expresses the inhumanity of the stipulations of these types of jobs. There are other restrictions such as height, vision, tattoo-free skin, which is a way to disregard all markers of individuality.

I am sure you are asked a lot about the sex doll factory. I’m speechless, but not surprised. You might have read Sex Dolls & Vegan Meat by Jenny Kleeman, which introduces the consumer perspective of AI sex dolls. However, isn’t it absurd how the Chinese employees are recreating the so-called perfect human (well, mostly the perfect woman) for a market that has no idea how robotic, manufactured, and even artistic the work is that goes into catering to Western pleasure?

For the Chinese employees it’s just another job. What’s the book called again?

I am checking that out as the film is so focused on the other side, the manufacturing of the sex dolls. In that factory, the dolls are artisanal. They are handmade, custom-ordered, and some customers have very specific requests to cater for certain fetishes such as a missing limb or even dolls with fantasy and anime characteristics. Placing the sex dolls at the end of the first section of the factory chapter seemed like a logical conclusion to what the film was building up to.

Yes, it all revolves around consumer demand and those who purchase these kinds of products. However, what I loved about the sex doll factory most, is that although on the surface it’s the most absurd and dehumanizing workplace, the interaction between the workers felt unbelievably intimate and kind.

Why do you think that was the case?

Because the job requires such advanced skills, the workers had more leeway and were able to be freer in their interactions.

I can’t help but think how emphasised the word “company” is in the film. The company or the boss is in control of brainwashing and putting the employees on the right path when it comes to work morale. It’s a sin to have a negative thought about the company. How is this achieved across so many employees without rebellion?

It is, in fact, not. People have their private thoughts and rebellions. However, the film doesn’t necessarily dive into this because I wished to show the spaces where people are buying into the Chinese Dream and trying to feed into this quest for upward mobility. If you obey, you will be rewarded. I do believe many people question and rebel, but we don’t see it on screen or if we do see it, it’s shown more subtly. There are different forms of protest, and not all of them can be easily registered.

How different do you think is the Chinese Dream from the American Dream? Do you see any overlap?

Yes, the belief that if you have trust in the system and obey, then you will be rewarded with material stability and will have a home, a family, and a car. The Chinese Dream is more about the collective rejuvenation of the nation and making a global comeback as a superpower in the world.

While filming, did you ever feel a sense of culture clash between you and the 50-plus companies you filmed at? Did you pick up on fear from the businesses because what you were doing was something out of the ordinary, almost too democratic?

Our crew was so small that we had a light footprint. Usually, there were no more than three of us at a time. We didn’t do anything that would alarm the authorities. In terms of culture clash, I was surprised about the types of worries that surfaced throughout. One company thought we were corporate spies trying to steal their tech secrets, another one was worried that we were going to send them a bill for appearing in our movie. There were some clashes where we had to comfort people’s fears, but the fears were never what I thought they would be.

What fears were you predicting?

Perhaps trying to portray them in a negative light, but understandably protecting their business was their priority. That’s what they are surrounded by daily. Competition, customers, and more…

China’s economic growth is only possible through the exploitation of workers. However, the economy doesn’t benefit the employees in many ways. They’re offered a job to stay alive, but there’s the misconception that workers should feel privileged. What are your thoughts on this?

In China, workplace exploitation is much more magnified than in other countries. Exploitation exists in the US and the UK as well, and that’s what I was hoping viewers would acknowledge, their own cultures and their behaviour. 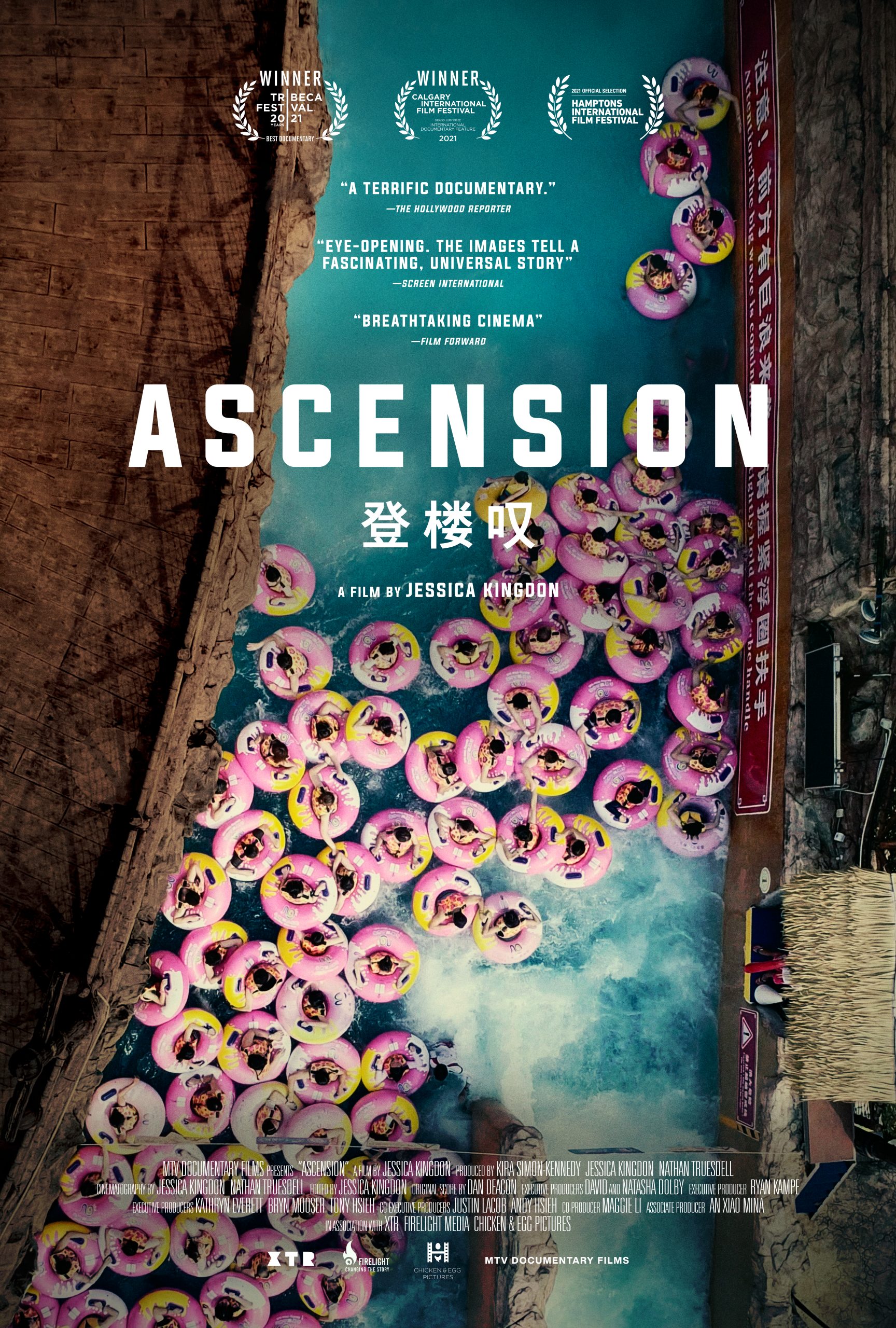 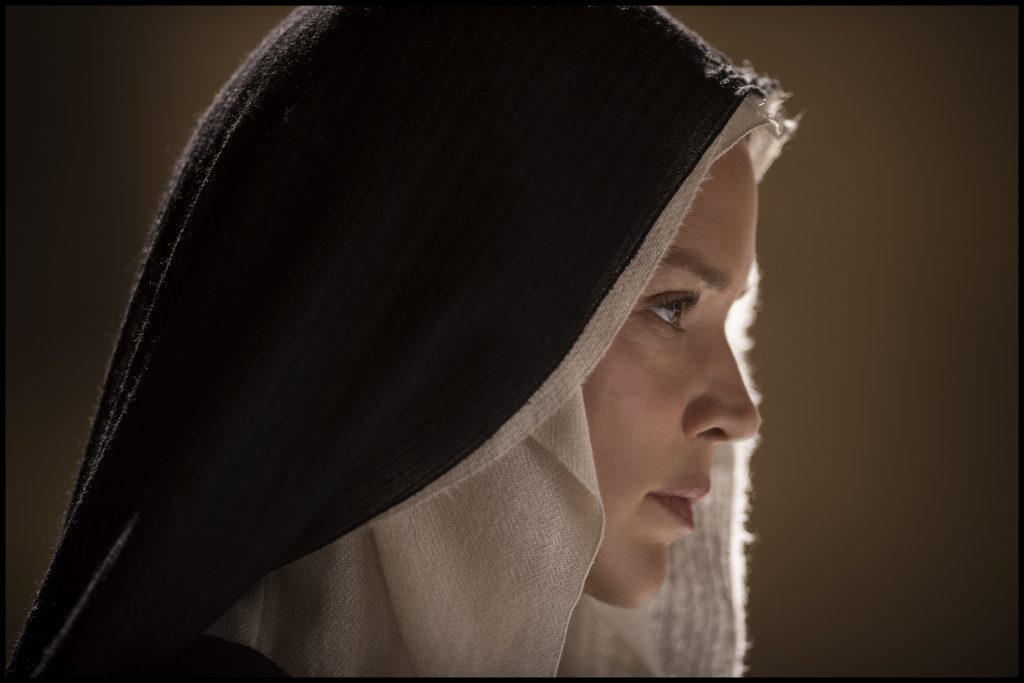