You know when you get a song stuck in your head and you find yourself singing along, only to realize to your horror that you are at the office? Now, picture what it would be like being in an office where everyone breaks out into song. On Hold is the movie musical (well, “song short”) that gives us just that, all through the eyes of a young woman trying to choose between security and passion. It was in competition at the Sydney Film Festival and was nominated for the Dendy Award for Best Short Fiction and was the winner for Best Australian Short Film at the Flickerfest International Film Festival, also in Sydney.

FRONTRUNNER spoke to director Jake Nielsen to get a first-hand look.

What inspired this story?

I was working in a draining and depressing role at a call center for a predatory lender. I had graduated a year ago, sitting in that phase of post-university arrested development, and detested almost everything about being in this job. I decided to start writing “On Hold” as a kind of therapy, [just] so I didn’t end up going insane and murdering my co-workers. Every time something horrible happened at work, I would come home and write about it. Eventually, it all started to take shape and find its place in a coherent character and story. I realized that if I was in this position, it was likely that there was a large bunch of people my age; overqualified, underemployed, disappointed, angry artists who had started to become just another cog. Once I realized that there would be a large audience who could relate, the project became a real joy to create and much more than therapy for myself.

What was it like filming musical numbers inside an office?

Brutal. We made the film for almost no money and so we had no budget for location. Almost every location in the film was obtained by begging and bribing our way into it. Therefore, we didn’t have a lot of room and we didn’t have a lot of time. We shot the office scenes over two weekends and so in the week between, our production designer had to put all the real office workers stuff back as it was, then re-dress the set for our shoot. This is a detailed answer, I know, but now I’m having horrific PTSD flashbacks of shooting in the office.

Did you have the temptation to have all the dialogue sung?

I was adamant that there needed to be a reasonable amount of dialogue. It’s no secret to me that the musical genre can be a turn-off to some people, and this film is meant to be, partly, as a gateway drug to musicals. I wanted to try to ease the more resistant audiences into the genre. I also feel that realistic, sharp, dry, dark dialogue juxtaposes nicely with the lyrical playfulness and joy of the songs.

Marlene is the head of Viscorp. She is certainly lonely and desperate, but cunning and intelligent too. She’s fooling herself into thinking that she’s content and happy in her job. For me, Marlene was kind of what the protagonist Gabby would have become if she stayed in her job at the call center.

What message do you want your viewers to get from this film?

That your dreams and aspirations are valid and that you live in a world full of systems designed to make you give up on those aspirations. That life is disappointing and pretty ugly at times, but that doesn’t mean that you aren’t in control. Therefore you should try as long as you can to be who you want to be, and do the things that make you happy while you’re still here.

Tell us about your future projects.

My writing partner Matthew Predny and I are working on the music and lyrics for a new show created by Madeline Clouston (Sophie in “On Hold”) about Beryl Mills. She was the first Miss Australia in 1926 and her story is amazing, inspiring, and completely untold. 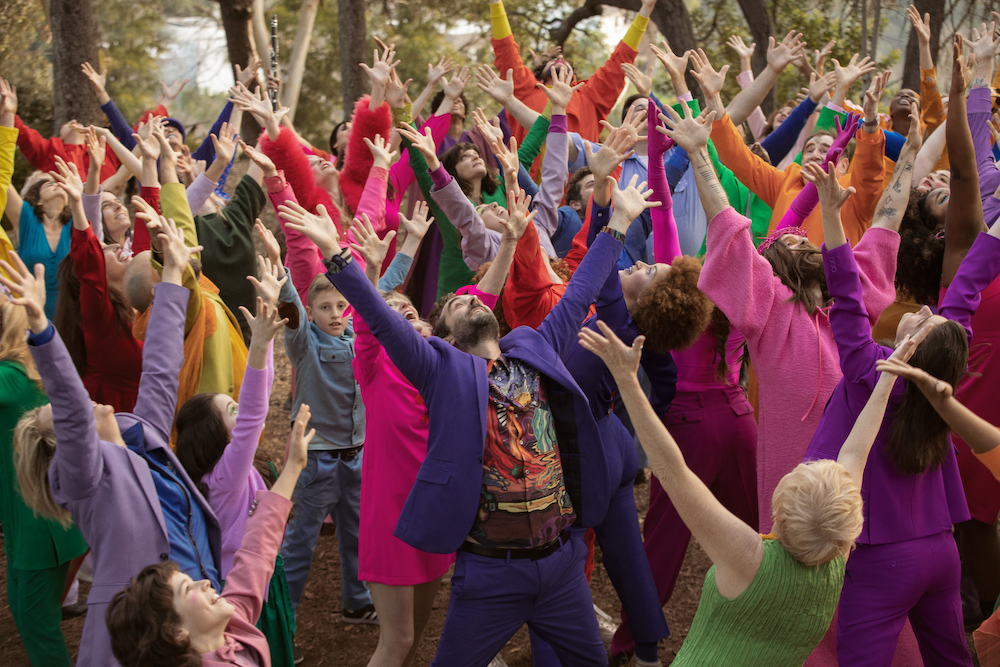