Alison Kuo’s artworks examine power and class dynamics through the language of food. Some of her participatory performances invite her audience to collaborate, and to eat, within the framework of an installation. Her photographs and videos remix coded representations of food from advertising, cookbooks, and other media formats. Her sculptural assemblages celebrate Dollar Store plastics and transnational trends in affordable luxury and ornamentation with a series of glittery, visual hooks. Allison and I met in her home studio in Brooklyn. We found ourselves discussing her experience of being nude in Ariana Grande’s bathtub – which developed into a recent performance and video with gelatin at Abron’s Art Center and Cuchifritos Gallery.  We also get into collaborations with her husband, Williamson Brasfield, consumerism and quotidian celebrations.

How did you start working with gelatin?

I was invited to do a performance in 2017 with a curator Emma Orlow, who works mostly with artists that use food and chefs who want[ed] to be more involved in the arts.  She and Simi Johnston were invited to do a pop-up in the Zaha Hadid building on the Highline a couple of years ago, so it was like the most expensive real estate in New York City at the time, and may be still. When I started using food in my work, I started using a lot of gelatin because it’s easy to make, visually interesting and into shapes, and there is the connection to 1950’s housewife culture stuff. So, I was thinking about how the Highline was this elevated railway that was built because there were train tracks initially on 10th Ave and it would kill people, so they raised it up. The Death Avenue. So I thought, “Okay, what does it mean that we are so removed from the carnage of what we eat now, and processed food has just as much violence built into it and we don’t have to see it anymore?”  Even at that time in the 1800’s, it was mostly poor people that were dying from the trains, so I don’t think that most New Yorkers cared about it.

Factory-farmed cows and the remains of that become gelatin, and people don’t really know what gelatin is made out of – that it is made from bones and gristle and stuff.  So I used all undyed, unflavored Knox Gelatin and found a way to fill the bathtub with it.

When I was mixing it up- alone, in this not even finished apartment building, I was very struck by the way how it was this Golem thing. You have to be really careful when you’re doing a large quantity of it.  You can’t just dump the whole container into boiling water and mix it because the outsides will congeal and inside will be a powdered ball of Jell-O. It makes it a sinew and to break it back up you have to really struggle, and then all the proteins want to come back together and it’s like your making a body again.

That was the process part and there was no one to share that moment with or help document [it]. I didn’t feel done with this material, I wanted to do something with this again. So Alexis Wilkinson approached me to do the Jell-O again, and we worked on it [for] almost a year to get it to the point of what it became.  So I did the performance at Abrons, and for the show at Cuchifritos, I made a video that was a preview of what the performance was, but [it] also helped me work out what the performance was going to be. I just made a giant vat of Jell-O and then Williamson Brasfield, my husband, helped me shoot an ASMR-style video. He recorded sounds of me making stuff and then used the samples to make a composition. I was also watching a ton of slime videos online, so I was trying to do the same angles, and do the ritualized hand movements like caressing it – and then I was taking it out and playing with it, showing it, hitting it. Because it moves like flesh. The video was a little encapsulated version of the eventual performance.

In your collaboration with Williamson, your works support each other so effortlessly. How has that process evolved and what are you excited about?

Williamson and I have been collaborating, or try to, almost since we met. In our first studio visit, I had no idea how it was going to work because, on the surface at least, we were making very different art. But everything that was lighthearted and colorful about my work had a dark side to it, and I think the opposite was true for him, so once we got into making it, it all clicked. I had always been curious about sound art but didn’t have the skill set or knowledge of music to pursue it, while he did, and he wanted to learn more about participatory performance art from me.

We started with our first sound, installation and performance collaboration in 2016 in a haunted tunnel in Newburgh, New York. We wanted to exorcise the idea of “urban renewal” from the conversation around what role art has to play in underserved communities. It’s kind of a long story.

Anyway, what I would say to your question is that the appearance of effortlessness comes out of a lot of trial and error from working together, an extreme openness between us when it comes to critiquing each other’s art, and just a lot of talking and listening. We also benefited from having the support of Alexis, a super-attentive and insightful curator, and from Abrons giving us a full day of rehearsal time in their theater with Kenny Olguin, a talented production director.

We are looking to doing more work in theatrical/performance spaces going forward, and luckily New York is the perfect place to find ways to do that. We’ve both put in a lot of time making art in DIY venues where it’s all about hustle and making do with very little existing infrastructure, which I love to do. But now I see a path forward that leads to presenting more performances like this one in theaters. We’d like to do a series of them using different food materials and invite more writers, musicians, and choreographers to work with us.

During your performance at Abrons, It was like you were playing with it as an instrument.  Then there was this moment where it was hard to shift it across the table, and it got stuck, and you could really feel the weight of it. I didn’t know what was going to happen!  It was massive…

Yeah it was almost as heavy as I am. When we were planning and we had a day of rehearsals, the curator and everyone was worried. “How am I going to be able to move this by yourself on stage?” And I thought that was the best thing. That’s the show – the drama of that.

So when you did the initial performance in the Zaha Hadid Building. How did it feel being nude in the bathtub?

It felt really weird. I’ve been doing performance for probably six years.  I didn’t set out to perform nude as an artist, so I’ve always found ways to hide, literally, to build places to hide in the performances. Build a screen and then have my arms come out.  There is always a barrier between me and the audience, for my comfort and their comfort. Making those barriers make it more approachable.  I was wearing a nude bathing suit bottom cause I didn’t want to be totally naked, because it was about my body but not about being sexually vulnerable that way.  It wasn’t about that type of violence. It was more about being on display or consumable.  I was thinking about the women who are living in that building who I’m sure are married to very wealthy people and who are just there…

As objects of consumption.

Although…actually, Arianna Grande owns that apartment that we did the performance in. Which is so badass.

Yeah she owns that shit!

Yes! Because my fear was that there was going to be this kept woman, and instead it’s Ariana Grande and her pet pig! And she is very independent.

In what way is consumerism with its different functional relationships – to food, our bodies, our lifestyles, and use of objects – communicated across your performance, video and sculptural works?

I’m always thinking about visual advertising and how that relates to constructions of desire. I like to get inside of that language and use it as a way to understand it. Advertising is always getting replicated and morphing too, in this play of inspiring or maybe trying to predict or respond to a growing desire that is out there in the world. My performances, where I ask the audience to watch me make an odd little food sculpture for them and then eat or drink it, are really about that interplay. People also take ideas from commercial products and ads and make their own content with it, which I really love.

There’s a part of me that just wants to make my own Chili’s commercial, but a terrible low-fi version, and I’ll sit down and analyze them shot by shot to see what resonates with my other ideas. I have spent countless hours watching slime videos on Instagram.

This is also why I keep tabs on my favorite Dollar Stores in the city, because the toys and decorations that they sell are often a copy of a copy that’s better than the original. I started making assemblage sculptures about a year ago with my hoard of Dollar Store prizes and old performance props. I wanted to make trophies out of failed art as a way to mark the end of a period of artmaking when I was moving out of a studio I’d had for a long time. But then, of course, I got really into it and have been making the assemblages obsessively since then. The latest ones are all built in baby bathtubs that hang upright on the wall like shrines.

I was just talking with Thomas Lanigan-Schmidt about this new work, and he said something that really hit me at my core, which is that plastic sparkles evoke a childlike yearning for something that can’t be attained. And that’s a very special feeling of anticipation that comes from being inexperienced but also imaginative and hopeful. 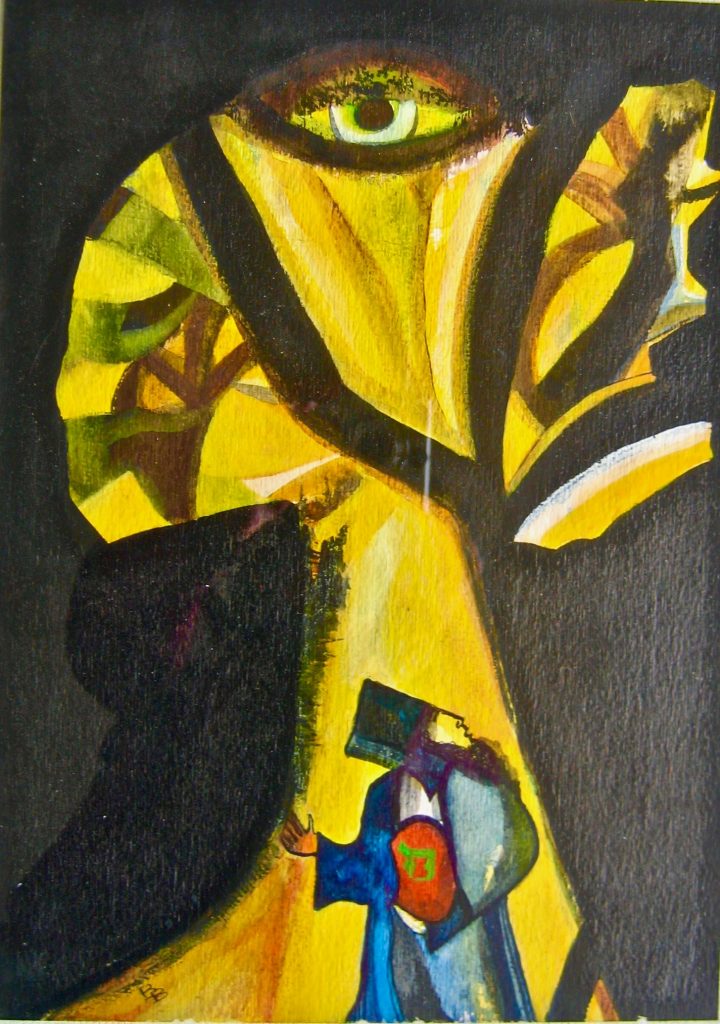