Success as an artist was, once upon a time, commonly defined as that moment when one’s work found a home for itself on the white walls of a gallery. Anything found outside those walls was labelled as little more than a scribble, defacement, or just outright vandalism. However, over time, this kind of art has evolved to become a more fluid concept, using mediums and styles once deemed too ragged for those with “finer” tastes. Today, rugged, cryptic, and mysterious are words that fit right into the art world’s “in-crowd”. Enter London-based collective Graffiti Life. Co-founder and artist David Speed grew up in an era before the spray-can was recognised as an artistic tool. He talks to FRONTRUNNER about how he’s made a once-derided art form into a commercial success, and offers his advice to young artists who aim to make a career with their work. 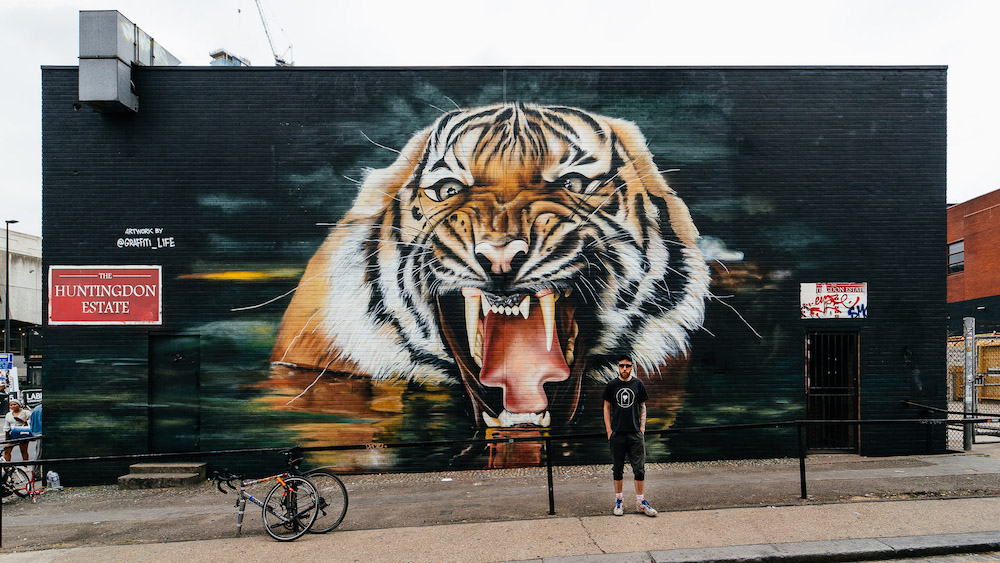 How did you first get into graffiti art and what inspired you?

I used to see graffiti as a kid, I first remember noticing things when I was around 10 years old. It fascinated me. Although I wasn’t completely sure what it was, I knew that I wanted to be a part of it.

When I was older, around 18, I met an artist that took me under his wing. Back then it was like a secret society and you couldn’t get in unless you were invited in. Not like now, where the internet has greatly changed things. There are ‘how to do graffiti’ tutorials on YouTube, you can order paint online and it’s easy to network with other artists through social media. I had to buy my paint from a guy in a car park, from the boot of his car, he was a contact of a friend of a friend – so it was very different.

How was graffiti perceived by the public when you were younger?

When I started the term ‘street art’ did not exist and public acceptance was not there. As artists, we were vilified. As legal painting areas were gradually shut down, we were faced with the choice of either quitting painting or making work illegally. At that point, I started making work in the streets. I was actively creating illegal work from 2000 to 2010. I had always felt that what we were doing was beautiful, despite being illegal, it was still art. 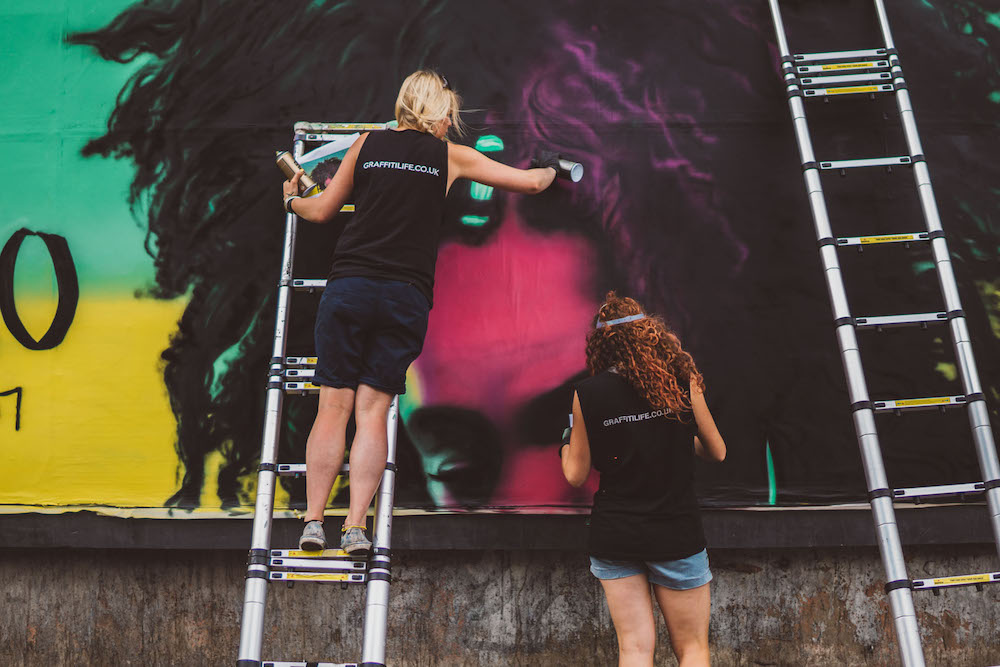 So how have people’s perceptions of graffiti art changed since then?

It has gone from being a very underground subculture that wasn’t understood to now a recognised global art movement. East London certainly helped the momentum because so many artists were making work here over the past decade and foreign artists would come to paint here because they knew that their work would be seen and shared online by more people because it’s a tourist attraction.

I used to see graffiti removal squads in the Brick Lane area a decade or so ago, now the street art is embraced and I never see them. I’m sure this must be down to the local authority realising that the art is a tourist attraction.

Who were some of your artistic role models when you were making a life for yourself in the art world?

We were walking such a different path to traditional artists. I was working as a tattoo artist while studying at uni and realised I was learning much more in the tattoo studio than I was on my art degree. I used the tattoo artists around me as role models – they were living from their art, on their own terms and having fun. 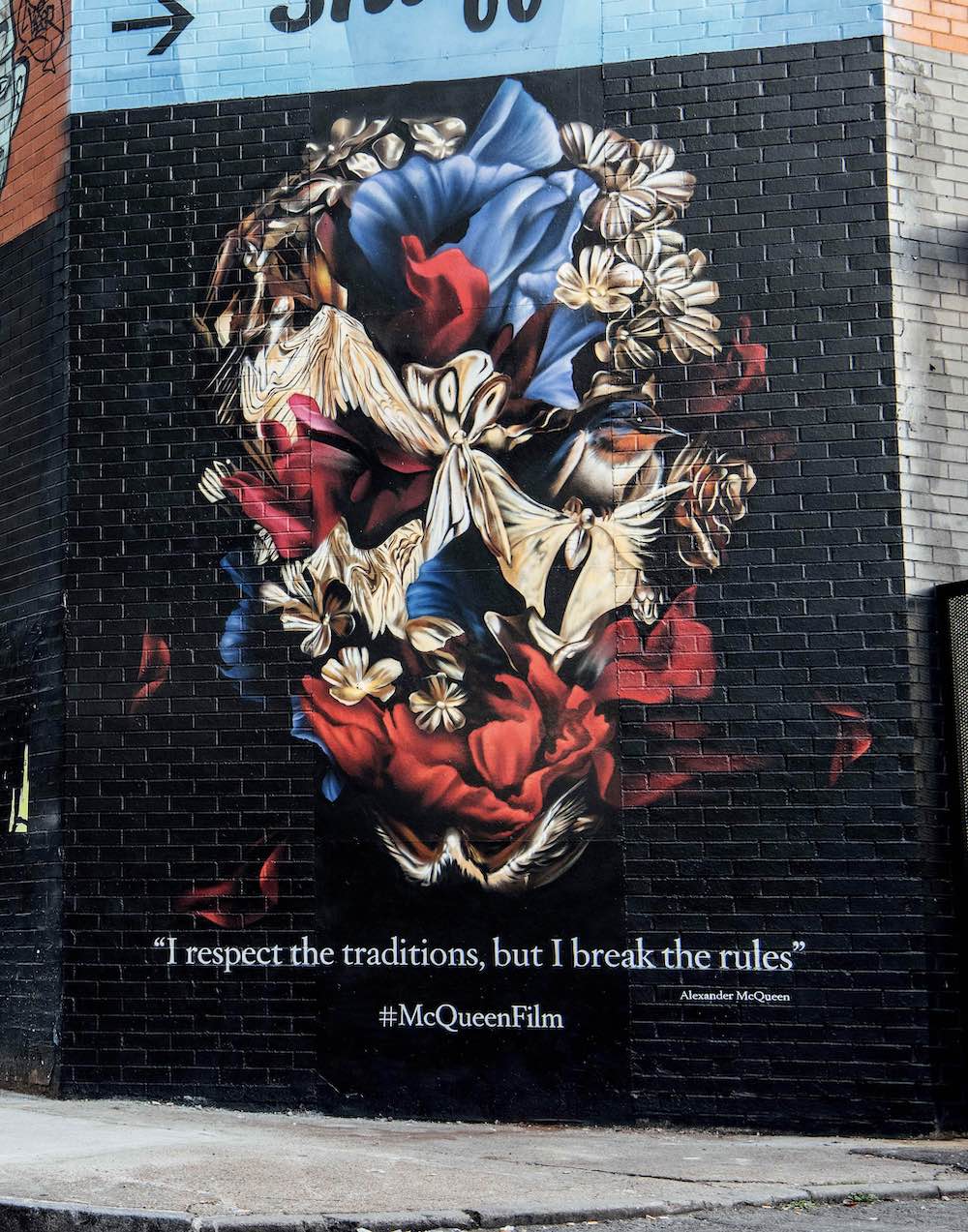 Why did you and the co-founders decide to set up Graffiti Life?

Some of my peers had been sent to prison for graffiti and I was considering giving up painting completely, due to the risks. I saw graffiti as really positive but the media reports of the arrests were very negative, using words like ‘vandalism’ and ‘destruction’. I hosted a few graffiti workshops at local schools and the results were so amazing. Kids were captivated and even the naughty ones were paying attention and being creative.

We knew we wanted to do something more positive with the art form. After approaching galleries to sell our work, which didn’t work, we realised that there were no existing platforms that would support us. So, we decided to start our own. We knew so many incredible artists, working jobs that they hated and painting on weekends. Graffiti Life was designed to create opportunities for artists and creatives, which remains our core value to this day.

How has Graffiti Life grown in the last decade?

It was just a side project, to begin with, I don’t think we expected it to become what it has. We were lucky with timing as we started out when the street art boom was just beginning, there were coffee table books about Banksy and graffiti imagery seemed to be appearing everywhere (t.v, advertising, album covers etc).

We recognised that if someone did want to hire a graffiti artist there was nowhere that they could do so – which lead to us creating our website. Within our first year, we managed to secure projects for Nike, Adidas and Microsoft. We have built a profile for ourselves over the years, becoming known as some of the most talented artists in the country and we bought graffiti out of the shadows and made it accessible to brands and individuals.

We now have 12 employees and a small army of regular freelance artists on our roster. We’ve worked on international advertising campaigns, made work for film and TV and have worked on projects in places like Dubai, Las Vegas, Milan and Amsterdam. 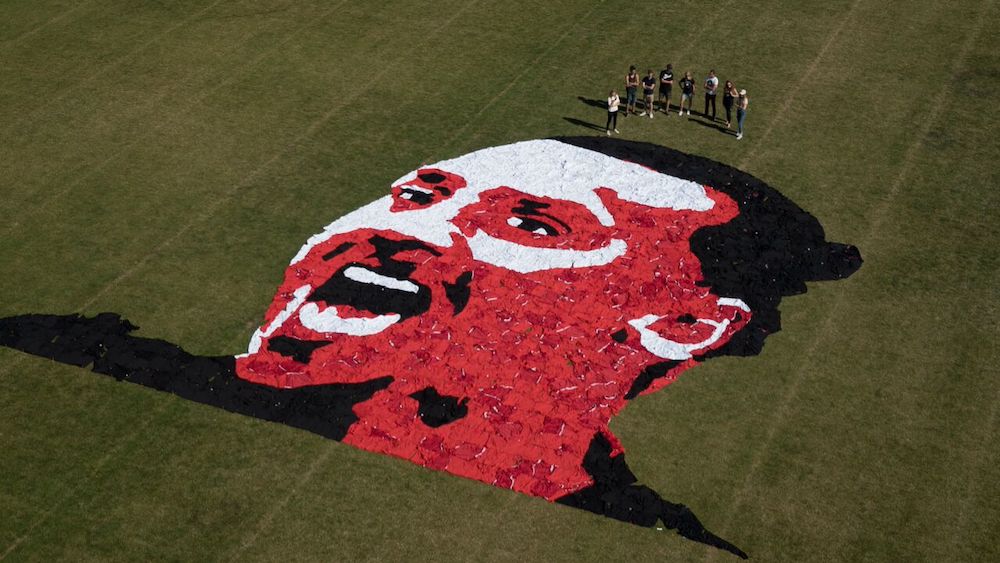 What is your advice to artists wanting to make a living out of their art?

I would say that most creatives could benefit from more self-belief. You have to keep going because everyone else quits, the ones who keep going are the ones that win. Making the art is the easy and fun part, you’ll have to learn the other side; marketing and sales if you actually want to make a living and that part is hard. It won’t come to you as easily as the art probably does, but you can learn. Follow your passion, it’ll take you incredible places.

This interview with Graffiti Life will appear in FRONTRUNNER’s Winter edition, coming out in January 2020.