Hamra Abbas was born in Kuwait in 1976. She received her BFA and MA in Visual Arts from the National College of Arts, Lahore in 1999 and 2002 respectively before going on to the Universitaet der Kuenste in Berlin where she did the Meisterschueler in 2004. While varied in terms of medium, her work is thematically uniform in interrogating commonly accepted religio-cultural truths. Her current solo show, Every Color is a Shade of Black, at COMO in Lahore, Pakistan, raises questions of faith, nation, and gender as it draws key works from throughout her career. The show includes Kaaba Picture as a Misprint (originally commissioned in 2014 for Lawrie Shabibi Gallery in Dubai), featuring rectangular layers of cyan, yellow, and magenta ink, layered upon each other to produce the familiar black. A marble inlay, Gardens of Paradise, was seen at the 2019 Karachi Biennale. Following a decade in Boston, this ongoing series began when the artist rediscovered Lahore’s famous Mughal gardens, upon her return to Pakistan. She engaged with the garden’s aesthetics of desire, based on Islamic concept of al-janna (Paradise).

In Every Color, Abbas presents her most recent portraiture collection of Lahore’s transgender community. Painted in the Gongbi style of the Chinese court, this original representation of the community – with a long historical presence in the city – highlights their marginalization in everyday, gendered, social life. These works draw from her 2017 series Place.Labour.Capital of Indian laborers in Singapore, created during a research residency at NTU CCA. Like her ability to transgress borders (she has lived in Boston, Berlin, Lahore, and New York), Abbas avoids being pinned down to a specific style or medium.

Every Color is a Shade of Black brings together key works from your career, each connected through your exploration of spirituality and truth. How did this show come together?

I have been working on the framework of Every Color is a Shade of Black for several years. It began with Kaaba Picture as a Misprint (2014), where I created black by combining the primary colors, i.e. cyan, magenta, and yellow (referencing CMYK printing). Given the visual representation of Kaaba – Islam’s most revered site for Muslims everywhere in the world – the color black is synonymous with its identity. I remember thinking to myself, “If the three primary colors can create black, and the same primary colors in various combinations can create all the other colors, then one can surely conclude that every color is a shade of black.” From the perspective of color theory, it is “true” even when black is not immediately present or visible in the plethora of other colors.

In the novelist Mohsin Hamid’s words, “It has the DNA.” We may use this analogy to state that the search for truth (and perfection) is instead always a matter of location. It is perhaps even more truthful to consider the notion of reality through its deceptive nature. Hence, the black of Kaaba Picture as a Misprint (despite its visibility), is an illusion.

Through the framework of Every Color is a Shade of Black, I was able to connect various bodies of my work with the central theme of color: color as faith and ideology, color as race and identity, color as desire and beauty, color as gender and sexuality. Until recently, there was no possibility to exhibit this project in Lahore due to a lack of institutional spaces for contemporary art. This void was filled by the vision and efforts of Seher Tareen, who founded COMO Museum of Art in 2019, and we’ve been working on this show since then.

You investigate the color black in works such as Kaaba Picture as a Misprint (2014). What sparked your continued interest in color theory?

I was thinking about how “black is a combination of all colors” when I visited Mecca in 2012. During my frequent trips to the nearby bazaars (markets), I noticed the monochromatic representations of Kaaba on textiles/prayer rugs in a variety of colors, such as red, green, grey, etc. Since much of this material culture in gift shops had to do with piety and devotion, I imagined how these everyday objects, through the use of color, possessed a personalized agency and aesthetics of their own. I felt the energy of a multitude of experiences and versions of reality beaming out from these objects, each declaring their own varieties of truths.

After Kaaba Picture as a Misprint, which is a series of prints, I decided to reiterate it in a three- dimensional form using color as an object. I figured out that passing light through layers of plexiglass can create the same image. But I needed blue, magenta, and yellow plexiglass in the exact color tonality and saturation required to make perfect black when aligned together. Hence, plexiglass colors were specifically manufactured for my work by a plastic industry in Gujranwala, Punjab—a process that took more than a year in research and fabrication.

An example of this is my work Black Square: After Malevich, which appropriates Malevich’s famous painting Black Square (1915). However, the black square in my work is created by the perfect alignment of my blue, magenta, and yellow plexiglass, denoting an absence of black.

You’re known to evade categories as an artist, as your deconstruction of popular images or icons requires a fluidity. You employ techniques of Chinese courtly Gongbi painting and Mughal marble inlay. How do you maintain that fluidity and why it is so integral to your work?

I work in several mediums simultaneously, and often transgress boundaries in the act. I value experience as a mode of practice. I see my diverse body of work as a network of signs, which develop in conversation with each other despite the use of varied forms and mediums. A more genealogical account of why I evade categories has to do with my training in the decade of the 90s in Lahore, Pakistan. During these formative years, I experienced a big shift from a very classical style of instruction that valued traditional categories, classified under “painting,” “sculpture,” “miniature,” to experimentation with new modes of thought and practices, which gave birth to hybrid methods that cut across boundaries.

The tone of my interdisciplinary practice was set especially under the mentorship of Lala Rukh (1947–2017), a prominent artist and a women’s rights activist from Pakistan, who founded the country’s first graduate program dedicated to a synthesis of art, design, and traditional practice.

Chinese courtly Gongbi painting and Mughal marble inlay, both, have rich cultural histories but have been absent from the contemporary art. Due to my background in miniature painting and classical sculpture, I was able to give new meaning to these existing forms. This intimate familiarity with the traditional practices, I feel, allows me to experiment with them. Over the years, I have continuously found working with hands to be the most gratifying despite “Art in the age of VR and AI.”

Your exploration of concepts such as faith and history, and the tensions within, are grounded in portrayals of individuals in previous works such as God Grows on Trees (2008), and Place.Labour.Capital (2017). Every Color features portraits of the transgender community in Lahore. Why did you choose to work with this community?

I learned Gongbi in Singapore during my residency at NTU Centre for Contemporary Art, after which I returned to Boston, where I had been living for several years, only to move back to Lahore a month later. On my return home, I would often notice the transgender community during their performative routines and flamboyant attire on the streets of Lahore, and would strike a connection with the aesthetics of Gongbi—approximately 2000 years old Chinese painting technique that uses highly detailed brush strokes, a colorful palette, and often depict figurative subjects.

Lahore’s transgender community has, over time become displaced, as their traditional role as singers and performers at weddings and other ritualistic occasions have become incongruous with the aesthetics of modern culture. They face marginalization because of gender ambiguity in an environment where state sanctioned religious discourse promotes a culture of (hyper) masculinity. I painted the portraits with extreme precision, marrying Gongbi with miniature painting to make intimate snapshots that connect the viewer with the lives of a community on the fringes of society.

Olivia Burt
OLIVIA BURT is an independent writer living in London, UK. She received a MA (hons) from SOAS, University of London in 'Intense South Asian Studies' and spent the past year conducting research on contemporary miniature painting in Lahore, Pakistan. Her research interests include postcolonial theory and the dichotomy of tradition and modernism in South Asian art. Olivia recently co-curated a videography exhibition 'Re-View' in Lahore featuring Asif Khan's drone footage of the city's shifting peri-urban spaces. She is also a Contributing Editor at Clove Magazine, an independent South Asian arts and culture magazine. 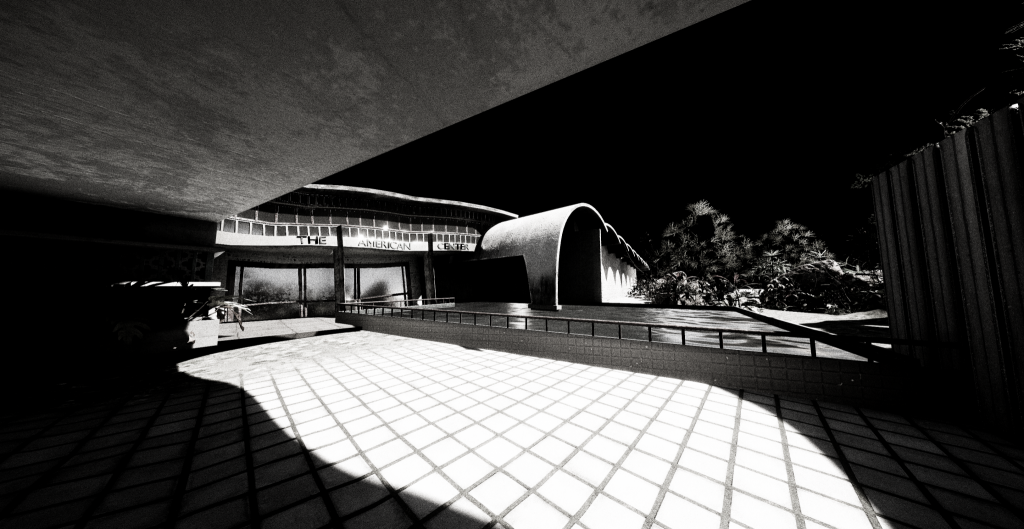 British artist Shezad Dawood (London, 1974) is known for his multimedia practice that deconstructs systems of image, language, site and narrative.