The Silent Child tells the story of a young, deaf girl named Libby who befriends her social worker, who introduces her to the world of sing-language. Reminiscent of The Miracle Worker, the story soon reveals itself to be the backdrop of a drama of family dynamics and prejudice of the unknown. As the story comes to its end, Libby risks losing the very world she’s found. In honor of this story, we’ve arranged an exclusive interview with the director Chris Overton.

The inspiration came from Rachel Shenton (The writer and she plays ‘Joanne’). Her father went deaf over night when she was 12 and lived the last 2 years of his life profoundly deaf. That gave her the impetus to learn sign language and she’s been raising deaf awareness for well over a decade now. Rachel saw first hand the difficulties for the deaf and hard of hearing.

About 2 years ago she told me she had an idea for a film. I loved the idea and said “write it” and a couple of months later she presented me with the first draft of The Silent Child. Since then there hasn’t been a day that has gone by without us working on the film in some way. It’s been the most incredible journey.

The inspiration is from frustration I think. With the film – we hope to change how things are for deaf children. Rachel’s passion for this subject is so infectious and for me there is nothing quite like film to get your message across. It’s a good combination.

I particularly thought of The Miracle Worker; was that intentional?

I love that film. It definitely has similarities. Also Children Of A Lesser God. I think both of these films subconsciously helped inspire The Silent Child.

Can you delve into Libby’s mother’s reasons for her daughter being taught lip-reading over sign language?

Sue played by the amazing (Rachel Fielding) is a mother that wants her child to be ‘Normal’. Sue is not a bad mother – she tries her best but doesn’t know how to deal with ‘Libby’ because she simply can’t communicate with her – as well as having two other children and dealing with everyday life.

The story is purposely set with a middle class family to demonstrate the story doesn’t discriminate, the problems are the same no matter what walk of life you’re from. 90% of deaf children are born to hearing parents –  this is such a common issue.

We also get a shocking scene with another family matriarch (Paul’s mother), can you explain the family’s situation a bit more in-depth?

Without saying too much – Paul’s mum who isn’t Sue’s biggest fan for obvious reasons lets slip a rather significant piece of information and for me in that moment the dynamic of the family and certain behaviour made sense. I also love the character of Paul’s mum and I wanted it to feel that she reveals this very important information far too often to far too many people.

Actress Rachel Shenton, known for her work in Switched at Birth, not only plays Joanne but also wrote the film. What was it like having one of the actors write the film they starred in?

We have a great working relationship and collaborating with her on this subject was truly amazing for me. I’ve fallen in love with sign language and the deaf community and I owe that to her. She’s a great actress and so professional – it was a breeze. Especially as she knows the character she is playing so well as she created her. When you’re directing the writer, you naturally accept you’re not going to know the charcter more than they do – but that doesn’t mean you can’t have ideas and be creative and that’s what we did. All the details; performance, her emotions and intentions, costume, make up – we worked on those things together and that was really exciting.

Tell us what it was like working with child actress, Maisie Sly!

Directing Maisie Sly was my favorite part about making The Silent Child. I’m a big kid myself so I really enjoyed having fun with her in between takes. To give a 5 year old a note, and for it to be understood exactly how you want it, is one of the best feelings for me as a director. Maisie’s understanding of performance is mind blowing. I’ve never seen anything quite like it. She’s won a few awards and she really deserves them.

Maisie is a very special child. She only communicates in BSL (British Sign Language) so I had no choice but to learn as much as I could, and I loved it.
The most challenging thing for me was gaining her trust. Rachel and myself spent a lot of time really getting to know Maisie before the shoot. She’s besotted with Rachel, so she had it easy, but I didn’t.
Maisie takes time to trust people, especially if you’re not deaf and you can’t speak her language. So I had my work cut out, but when I broke through, it was amazing.

We dream of making The Silent Child into a feature film – after every screening we’ll have so many people say “What happens next” – I think there’s something there. That’s in the early stages of development, but we know it already has an audience.

Slick has been crazy – we create corporate content and help new actors get their foot in the door by shooting scenes from scratch. Since the news about being shortlisted for the Oscars – it’s gone crazy, so that’s keeping me very busy. Aside from that, there are a few special ideas for another short – we’re just deciding which one has the most heart and that can’t be rushed.

What can our readers do to help support sign language in schools?

We had a young boy watch our film at a small screening and he was stunned. His name was Henry. He was only 7 but he couldn’t quite believe that deaf children have to face these type of things. He approached myself and Rachel after the screening and asked us what he could do to help and we told him to spread the word. A few days later we found he got a meeting with his principal and told her how moved he was about The Silent Child. So, we’re hopefully going to be screening the film at his school. We just want people to be like Henry. Talk about the film and have a small understanding about deafness. Life would be easier for deaf children if everyone just knew a little more. You can also follow us on our social media – that helps: Facebook, Twitter, Instagram. 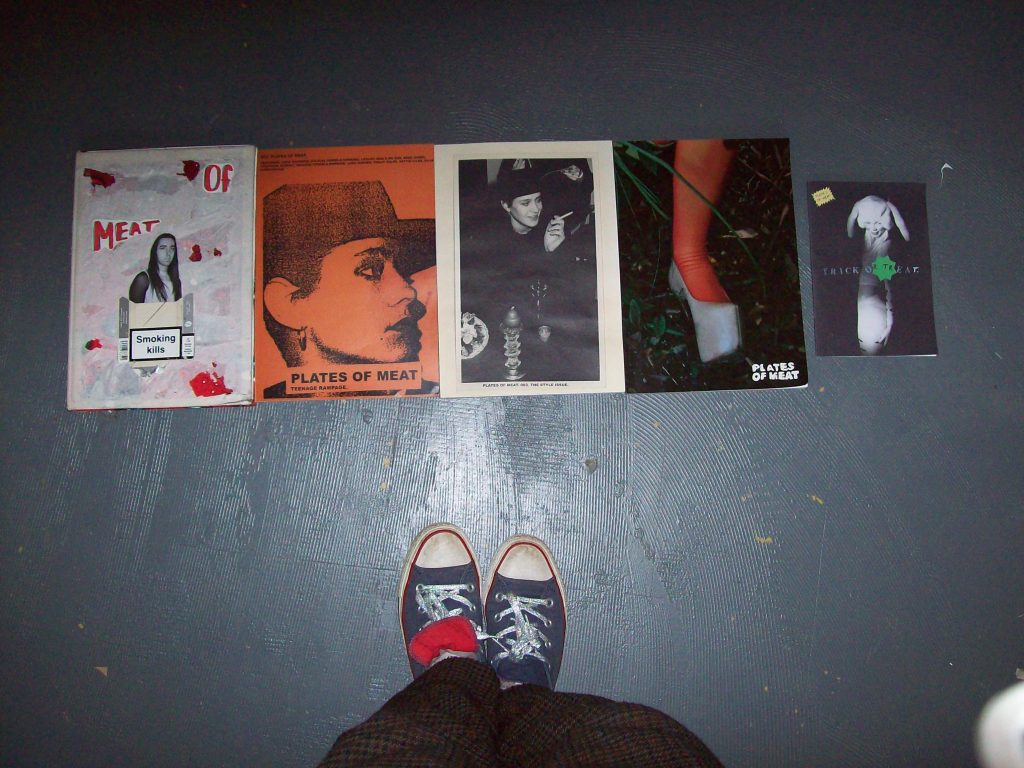 Silva Cunningham created a youth culture magazine called Plates Of Meat one year ago. In her words, “The entire thing is about the process of growing up and figuring itself out”.