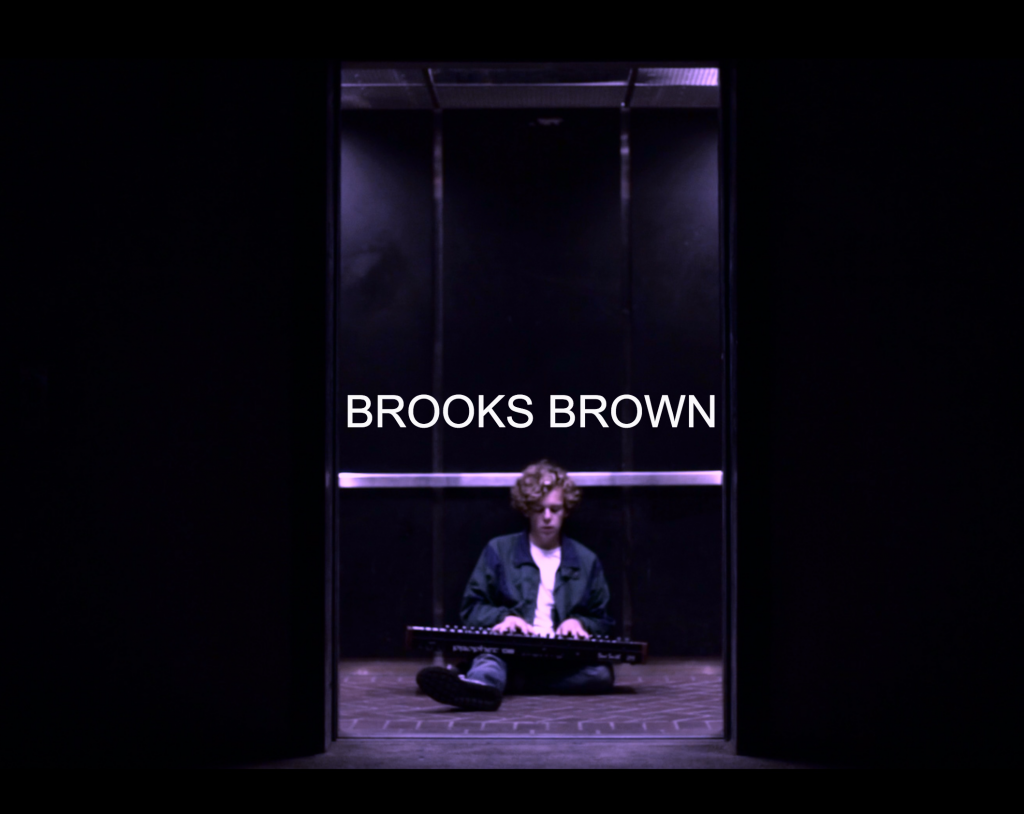 Brooks Brown, a 19-year-old musician, singer, DJ, and producer debuted in 2015 with the independent release of his EP, Sidetracked.  More recently, Brown joined forces with Nashville’s electronic pop duo Truitt to release the somber electronic anthem, “No Service”. Initially based in Kansas City, Brown made the move to Los Angeles in 2016 to attend the University of South California. He is currently a sophomore in the music industry program at the Thornton School of Music. In the past year, Brown endeavored to create a style of music that felt the most natural and authentic based on his inspirations. Drawing from acts like Phoenix, Toro y Moi, Mura Masa, and Calvin Harris, his sound embodies a new wave of Electronic/Indie Pop. Brown released a single entitled “Mistakes” alongside a music video on October 13, 2017. You are a multi-intrumentalist that started playing all of them at a young age. (drums, bass, guitar, anything else?) Do you have one predominant instrument that your like to write songs with these days? Yeah! I started playing guitar when I was 9 years old. I took lessons for a few years and learned enough theory to get me started with creating and writing. By way of playing in several different bands, I picked up piano, bass, drums, and upright bass in my school’s orchestra. Now, guitar or synth sounds are usually the basis of my process. Occasionally I’ll start with a drum pattern. 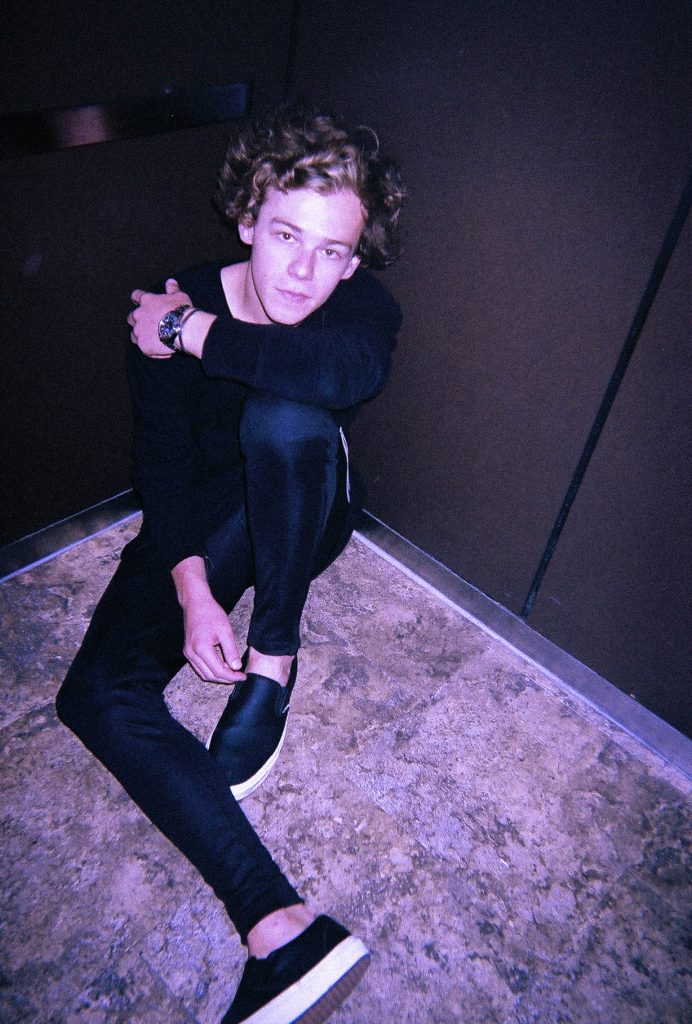 With your first album you collaborated with other songwriters all over the country while living in Kansas. What do you look for in collaborators and how do those relationships, both online and offline, change the way you approach a song or develop the tone, style, lyrics, and approach? Living in Kansas was a hinderance at first, but being so separated from what I thought was the “place to be” in music pushed me to meet some people outside my sphere and get out of my comfort zone. The dynamic is so much different when you’re collaborating in person versus online. In person, picking up someone’s style, vibe, charisma, etc. is almost instantaneous. This connection is harder to feel online. In general, my peers and friends are the most real influences in my music because I’m always hearing what they’re up to. 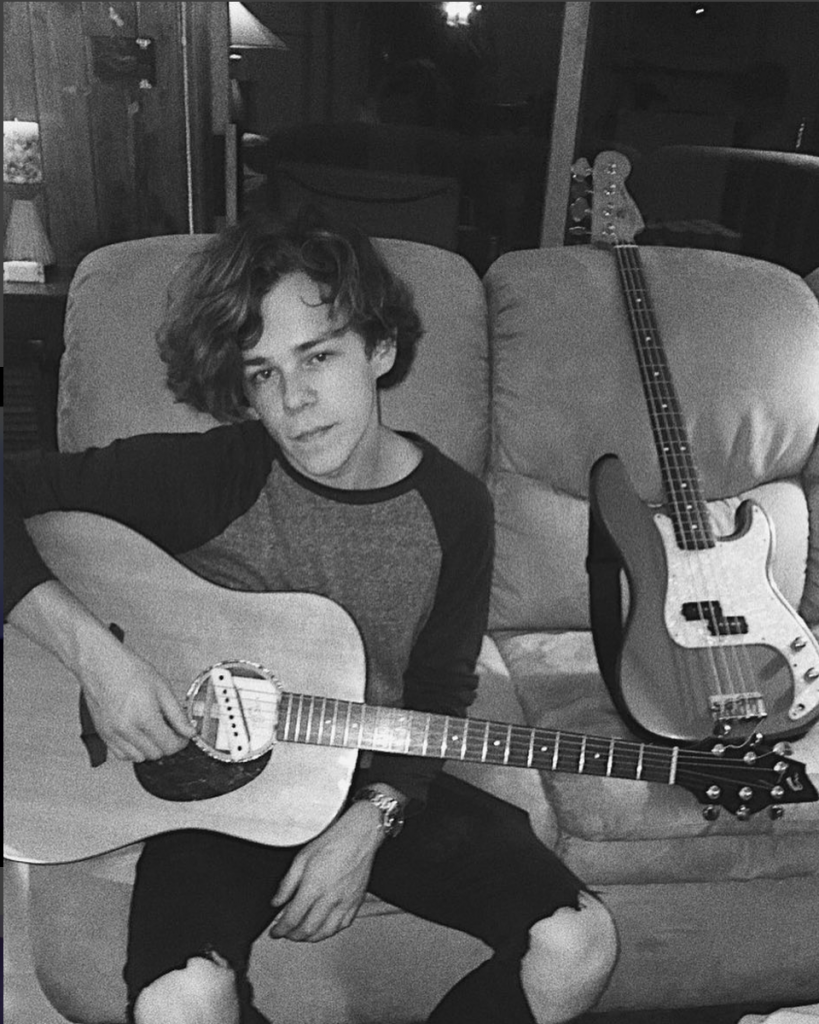 Tell me about leaving home for Los Angeles and what breaking into the L.A. scene was like for you? Was it difficult to find a manager, gigs, press, and collaborators? What advice do you have for young hopefuls? Moving to LA was a leap for me. I’m very close with my family, so becoming more independent was tough at first. But, attending USC has been a huge learning experience in so many ways. I connected with my first music manager after meeting his younger brother. I’ve been working a lot with my peers in the music program at USC, since I see them quite a bit. Press and PR work has been tough on my own, but as an independent artist, I take pride in working on getting the music out there. For young hopefuls, do what you love. Make music for you. Trust your instincts and take every chance you get to grow as a person and a creator. What does success look like to you right now? What goals do you hope to achieve in the future? Success, to me, is making the music that I want to make and moving upward. So, in some aspects, I’ve been successful since moving to LA. That being said, there’s still significant room for me to refine my sound and hone my craft. I have the goal of perfecting a live show (apart from DJ sets) and touring. How does music motivate you and how do you see your musical ear developing over time? Music is one of the only constants in my life, so I hold it really close to me. I feel a lot more motivated when I can connect with a song that reminds me of my friends or my family. I’m very nostalgic. My ear usually develops based on where I am and the environment around me, so living in LA has provided a lot of new inspirations and likings that I never thought I’d enjoy. What is a dream collaboration of yours? Wow. I’d have to say Toro Y Moi. He’s just so authentic and artistic, and his music resonates on every level with me. Lyrically, sonically, visually.. dude is a genius. What is a typical day like for you? What inspires you and what are you listening to right now? For the most part, my typical day revolves around school. Morning coffee, classes, and sessions in the afternoons and evenings when I don’t have schoolwork. I try to create or work on something musical every day, even if that’s just sending emails or designing something visual. I find inspiration in a lot of different things: nature, major life events, photography, movies, but primarily my musical influences. Right now, I’m listening to a ton of indie/electronic stuff, with rap and even house music in there as well.. The 1975, Toro, Tame Impala, Phoenix, ZHU, Brockhampton, and Travis Scott are a few examples. Your recorded work is very sharp and tight. Tell me about your live kit and what it’s like translating your recording work to the stage. For the past few years, I’ve performed primarily as a DJ, aside from a Kansas City based band I used to play in called Brother. Nowadays, my show includes synth work and live vocals on top of the DJ set formatting. I’m looking to expand that idea as the music evolves, and I have a few dates in LA in December where I’ll be doing all original live sets. I’ll keep doing the occasional DJ set because I think I’ll always enjoy that environment. Who should Frontrunner interview next? I recently saw a Majestic Session from a band called Zoology — they are one of my favorite acts right now, and with only 4 tunes out. Highly recommend checking them out.
Recommend0 recommendationsPublished in Music
Categories: Music
Tags: brooks brown, interview, kansas city, Music, musician, no service, sidetracked, truitt