Brendan Jay Sullivan is a music producer, writer, and DJ known to his club going followers as DJ VH1 (for his storytelling talent). Sullivan has penned a classic New York story with his soon to be released book Rivington Was Ours.  The book is set in the Lower East Side’s music/club scene during the late 2000’s.  Lady Gaga and Lady Starlight were Sullivan’s go-go dancers for two years, before they began incorporating Gaga’s music into their dance-rock show.  The book follows a young Stefani Germanotta (pre-Gaga fame) and tells the inspiring story of the young artist who never gave up on her dreams.  Rivington was Ours takes you every step of the way… from Gogo to Gaga.  Think one part Hunter Thompson’s Hell’s Angels to one part Peter Biskind’s Easy Riders, Raging Bulls.  This book’s personal account intricately weaves subplots with the best 19th-century novel, hitting the right note, song after song, for every Lady Gaga fan to enjoy.  Sullivan’s love letter to his former Lower East Side performer and partner in crime will no doubt cause the rents behind Houston and Delancey to only grow higher.  FRONTRUNNER sat down with him to discuss.

Downtown New York City has a certain allure but also can be intimidating for some.  Each decade a group of artists and musicians breathe new life and romance into the area.  What does this mean to you?  What is inspiring?

This city is endless inspiration.

I remember you DJing a lot of parties in college and swapping great American novels with classmates.  Did you always have the dream of playing music and writing as your life’s work?

I thought DJ’ing would give me the free time to write during the daytime, just like in college.  Back then there were no superstar DJs.  I just played music and the world changed around me—for the better for sure.

Like many creative New Yorkers, you have been just as creative with finding ways to pay the rent.  What were some of the odd jobs you picked up along the way to make ends meet?

It used to take so goddamn long to do my taxes.  I would be catering one night, DJ’ing another, writing a book review for a newspaper in the morning, freelancing, back up dancing.  I never wasted a second of that time because it all helps me learn how to tell better stories.

Tell me a little about how you landed in New York, began DJing, and met up with Stefani Germanotta?  What were your first impressions and what types of fun did you find?

First of all I never meant to move to New York.  I was perfectly happy in my $300 apartment in Chicago.  I met a girl and moved with her to New York and when we broke up I wanted to find a place where I wouldn’t run into her.  So I came downtown and fell in with some really great people.  Stef was just one of them.  The first day I met her I thought she was this shy dropout from some school in Long Island.  She turned around within that year and I could see she was the most talented, driven people of our generation.  I find that inspiring too.  There were hundreds of times where she had every reason to completely give up.  But she didn’t.

As a writer, you are naturally very observant but, I would imagine, concerned about making this story accessible.  Do you have a daily ritual of journaling?  Do you tell stories verbally or meet with other writers/editors regularly?  What stages along the way led to this book being published?

All of that.  Since graduating college I have written 1000 words of fiction every morning.  But when I came home I would journal about my night, who I ran into and how they knew so and so.  Plus I’ve been writing about bands for magazines all along.  So this is the TurDuckEn of my efforts. I also recently tried and won the Moth, which is a competitive storytelling contest and I am close friends with Emma Straub, Justin Taylor, Dave Hill and Elna baker—all of whom I consider the best writers my age.

The book is marketed as a “glimpse behind the veil” of Lady Gaga.  Do you consider her work performance art, music, or some combination of both?

In the time I’ve known her she has gone from a recording artist to a work of art.  Gaga is like a Rorschach, an ink blot that commands your interpretation.  What is interesting about Art is that it doesn’t create culture, but your reaction to art is the state of culture.  It’s like this: think of what we call a “sad song.”  Did the song put that emotion into you or did you put that emotion into the song?  That’s how we relate to art, how we feel about it and now that’s how people relate to Gaga.

Post-Gaga, you have made a name on your own.  What has that been like?  What is your favorite and least favorite part of your job?  What might readers, club goers, and listeners not expect about you?

Personally, I love reading and traveling and drinking coffee and hearing stories.  I get to do that on the road, on planes and then when I’m back home.  I love it and I never get tired of it.  It floors me.  Plus, I’ve never played the same set twice, so everyday is a search for new music and talent.

You are pretty well known for your love of suits.  You are often on stage.  There are stories of Miles Davis and countless musicians choosing to wear something different in/on the studio/stage for each of their albums.  How does what you choose to wear inspire you?

A friend asked me if I was one of those kids who always had a sartorial sense, but didn’t have any means of finding/getting/buying the clothes I wanted.  That is something true of Gaga as well.  She sewed her own outfits until she could command a design team of professionals.  I always tailored my own clothes until I could spare the money to have them made to measure.  It’s not about money, but about desire.  Most of my first suits were all the money I had at the time.

Who should Frontrunner profile next?

LORDE.  She is the future of music.  If I could choose one job today it would be to work with her directly on the road and protect her from the things that happen to young music icons.  The girl is only 16. 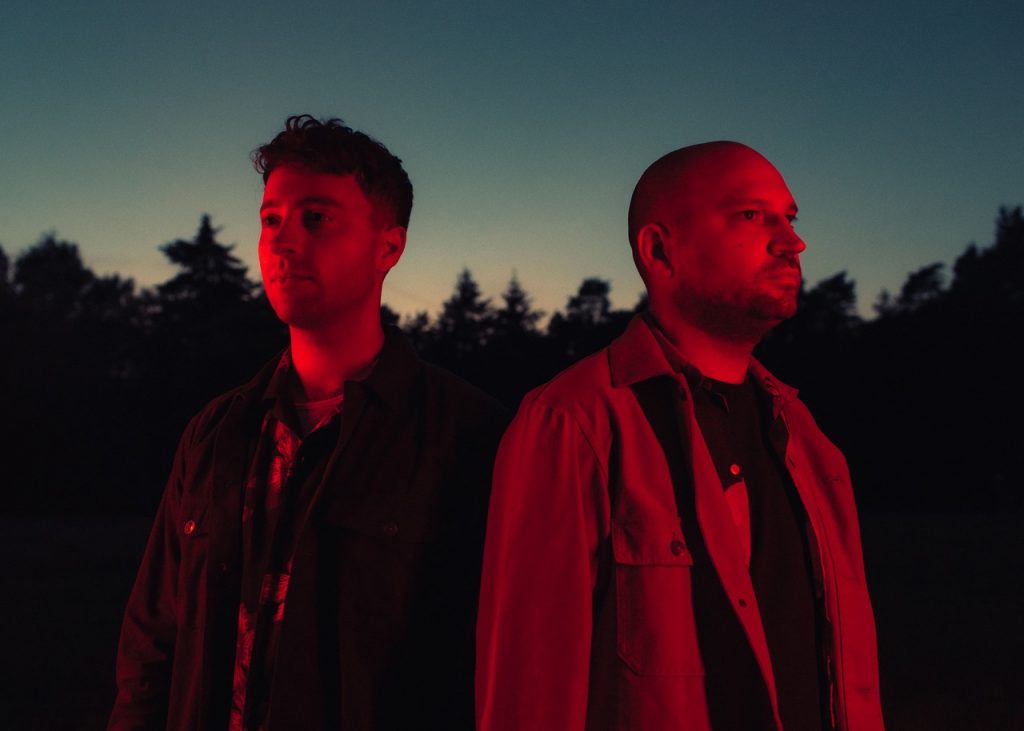 Beginning a new band is no easy feat under normal circumstances, let alone starting one mere months before being thrown into a global pandemic. This…