Founded in 1879, the Sunderland Association Football Club was established. Aside from coal mining, salt trading and glassworks, this city in County Durham in Northern England has not been known for much else outside of the country. To its citizens, though, football is its lifeblood. Sunderland A.F.C. was a major contributor to the city’s economic resurgence in the late 19th century, with its home stadium at Roker Park holding up to 70,000 spectators. Yet, just as other Northern English cities that gradually lost their economic clout since the decline of heavy industry in the early 1980s, Sunderland and its football club have seen their fortunes sink further and further.

Netflix picked up an original series produced by Leo Pearlman and Ben Turner in 2018, charting the course of the football club and its socio-economic impact entitled Sunderland ‘Til I Die. It received glowing reviews, as Sports Illustrated journalist Luis Miguel Echegaray had noted, “The project perfectly encapsulates the cultural significance of the city’s relationship with its proud, working-class supporters. As a result, Sunderland ‘Til I Die, despite the club’s plight, is a cut above the rest.”

FRONTRUNNER spoke with Pearlman and Turner to find out how the series evolved, what they learned while inside the micro-universe of Sunderland A.F.C., and what they suppose the future holds for this weary, battered Northern sports town.

Throughout the series, there are references made to nobody wanting to come to Sunderland. Do you think this reflects on the city and the North/Northeast of England, in general?

Leo: I think that London, Manchester, Liverpool, and the Midlands have always been easier to make an attractive proposition for football clubs in those regions because the perception is greater than the North East. I would argue, unfairly. In many cases, nothing can necessarily compete with London. The North East is a fantastic place to live, to bring up kids, to have a family, and it’s certainly a hotbed for football. Whether it’s a hotbed for success in football is a slightly tricker question to answer. So yeah, I definitely think it’s a practical consideration that getting players to come to the North East is tough, or tougher than some other regions for sure.

Ben: I think the thing about foreign players wanting to come to London is a big deal. Even when Sunderland were in the Premier League, it seemed like London-based clubs playing at a slightly lower level could sometimes get players that Sunderland were chasing.

The phrase “poisoned chalice” seems to come up a lot in the series.

Well there’s the incredibly high level of expectation, perhaps unrealistic at times with North East football. The fans give one hundred percent to the club. They come week in, week out, season in, season out and spend their money. They want some modicum of success. That leads to a certain pressure, and I think that is something that players and managers, when they come to clubs like Newcastle and Sunderland, have to deal with. I certainly think it came as a shock to Jack Ross just how passionate and noisy a fanbase it was, and how big the stadium is.

Sunderland AFC seem to be in financial difficulty throughout the series, and the funding no longer seems to be there. Do you think that there are similarities there with the North East/North having less access to funding compared to London and the south?

Leo: There’s definitely a disparity between the two…but for ten years, Ellis Short was the club’s owner and (in no uncertain terms) its benefactor. By all accounts, he put in close to £300 million of his own money to see no return and no success. That’s not an insignificant sum of money. Maybe with different managers or different people making the decisions, we would be in a different position now.

Ben: I don’t think that’s so much a London thing, it was more to do with the way the club had been run. Short spent a lot of money on Sunderland. It was just squandered.

It’s clear from watching the documentary that for some people watching Sunderland play football is their life. Due to the de-industrialisation in the North East (the loss of shipbuilding and mining) does this mean people from the city tie their identity to the club for lack of anything else?

Ben: Again, I don’t think that’s totally unique to Sunderland. It’s something to do with the modern world. There are cities with plenty of other ways of finding an identity but football plays a big part especially in cities that have lacked investment over time.

Leo: The club and the city are completely interlinked. There’s no separation of the two, no separation whatsoever. Where the club is successful, the city is successful and vice versa. When we had coal mining and the shipbuilding and Sunderland was really on the global map as an industrial power, there were other things for the city to turn to and rely upon. When we lost those two industries, everyone suffered in the city when we did. The football club was the shining beacon. It was the one thing you could point to and say, “Well, we’ve got this.” That fear that we might lose it, that fear that we become irrelevant is tied into the football club, that’s just the way it is. I think for a lot of football fans, their football club is important, it’s integral to them. It’s at the centre of a lot of the happiness they get from their life, it’s certainly a distraction from everyday life. But in places like Sunderland, it takes on a slightly [more] elevated position, even greater than that. I think we see that both in Series One and Series Two with the way that the fans feel that pain. That’s something a lot of people can associate with and probably why the series touched as many people as it did.

Are fans venting their frustration toward the cameras more because the cameras are around?

Leo: No. I think the fans were venting because they were at their wit’s end as to how terrible the performance from the players was on the pitch, and how terrible that they felt the management and the ownership of the club was. I think people just got frustrated and anger spilled over. I think when you invest as much time and money into something as the fans have, you have a right to express your anger and disappointment. There’s a line that you shouldn’t cross of course, but I think as fans ourselves we understood where they were coming from.

Ben: Football is a way for people to vent their frustration in a very interesting way. They care about the team like it’s a real part of their life, but it’s not something that they can directly affect, and I think there’s an important catharsis in this. It was strange as a fan of the club to get such a 360 view of it because we suddenly understood so much of what decisions were being made and why. It denied us the irrational, knee-jerk reaction you can have as a fan. You’re not actually responsible for the decisions made, so you can totally vent your emotions and not have to think about things rationally as you have to do in real life. I’m not saying that’s how all fans behave all of the time, but I know I’ve experienced it!

Do you think football is an escape from reality for these fans?

Leo: I think sport is an escape from reality to all of us. Living the way that we are in this lockdown – more so than ever – we’re all missing the normality of getting excited about live sport. It’s something that takes you away from whatever crap you’re dealing with in your life. For ninety minutes, you can switch off and be pissed off about something else, you know?  It’s essential. The sooner we get it back, the better. It’s funny with all the talk at the moment about whether the leagues will finish or not. We have this strange attitude from some sections of the media and government that we shouldn’t talk about sport in a time when people are dying. But it’s quite the opposite, in truth. It’s exactly the time we should be talking about sport, we should be talking about the excitement and the hope about getting back to the normality of life and how that’s going to feel. That’s what gives us hope, and that’s what makes us look to the future and realise that things will get back to normal. We have to believe that things will get back to normal sooner rather than later so yeah, sport is essential to a lot of people.

Part of the documentary focuses on Jonny Williams’ visit to a psychologist. There’s a lot of psychology portrayed in the series, isn’t there? Of the fans, and of the players.

Leo: Yeah. Listen, Jonny was incredibly brave to be willing to step up in that way and show a side of himself that 99.9% of footballers aren’t prepared to. I think it’s a huge credit to him that he was willing to do so, and I think we’d been in a much better place as a society, not just within sport, if more people were prepared to do that. He came on loan hoping to resurrect his career and turn it around having had a terrible few years. Unfortunately, he got injured once again. I can’t imagine how tough that is, you know? As a filmmaker, if every six months something happened that meant I couldn’t do the thing that I love on a daily basis, that would kill me. 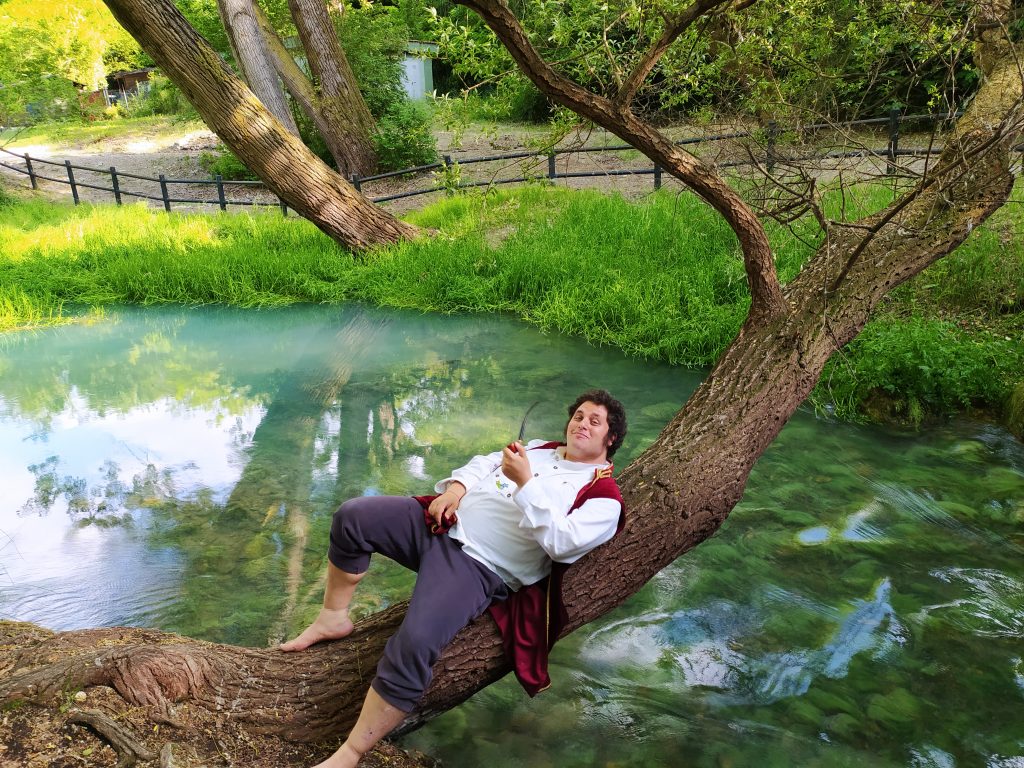 Nicolas Gentile, a young Italian pastry chef, tells us about his greatest dream: creating the Gentile County, which recalls the places, characters, and stories of J.R.R. Tolkien’s Middle Earth.

Fabio Pariante November 28, 2021
0 Comments
A Look Behind Sunderland 'Til I Die